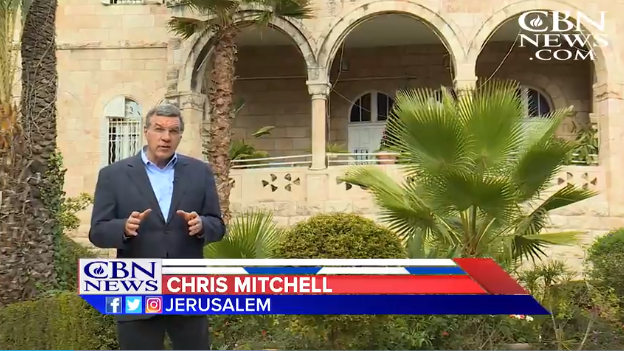 Is Trump’s Jerusalem Declaration Fulfilling of Prophecy?
12-19-2017
CBN News Chris Mitchell
President Trump’s declaration of Jerusalem as the capital of Israel continues to reverberate throughout the Middle East and the world.  But some see the decision as one more step towards Jerusalem fulfilling a prophecy.
The United Nations Security Council met on Monday to reverse President Trump’s decision to recognize Jerusalem as Israel’s capital.  It’s the latest development in a long history involving the holy city.
In 1980, Israel passed the Jerusalem Law, designating the city as the united, eternal capital of the Jewish State.  In protest, most nations moved their embassies from Jerusalem to Tel Aviv.
But later that year a group of Christians founded the International Christian Embassy Jerusalem (ICEJ) and firmly planted themselves there.
“They said we need to act and we need to establish an International Christian Embassy Jerusalem in order to show the whole world that no matter what our governments are doing, there are Christians around the world that do believe in God’s covenants and faithful promises to the Jewish people and that was our founding hour,” said ICEJ Executive Director Juergen Buehler.
In 1995, ICEJ Vice President David Parsons helped write legislation known as the Jerusalem Embassy Act, destined for the US Congress.
“We said three things:  recognize Jerusalem as the capital; move the Ambassador there immediately and then worry about building a building,” Parsons told CBN News.  “But as the bill went through Congress, it got changed to build the building first and now 22 years later and all these delays and waivers it is back to our order.”
Both men see Jerusalem as being on a fifty year cycle known in the bible as jubilee — where every fiftieth year marks a year of liberty and restitution.
One hundred fifty years ago, British archeologist Charles Warren discovered the original City of David.  Fifty years later, in 1917, general Edmund Allenby captured the city of Jerusalem ending 400 years of Muslim Ottoman rule. In 1967, Israel re-captured the Old City and Temple Mount for the first time in more than 2000 years.  Then came 2017.
“We believed God would do something significant this year in Jerusalem and lo and behold at the end of the year your government Donald Trump, the American government decided to recognize Jerusalem as the capital and also move the embassy here,” Buehler. 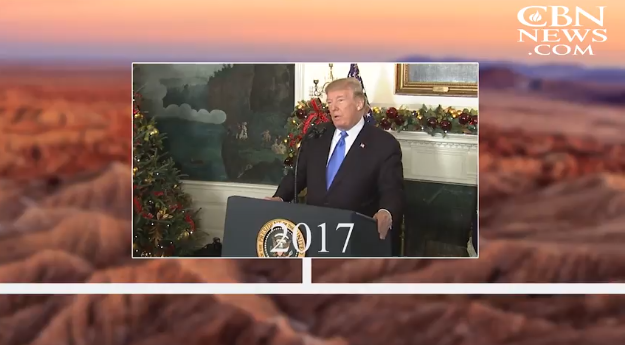 “Something new and exciting is happening for Jerusalem itself that propels it, releases it further into its prophetic destiny,” Parsons said.
“Redemptive history is unfolding here in Israel.  I do believe this has to do not only with you know embassies being relocated here but you see another level of God’s restoration processes, reaching another level,” Buehler said..
“The greatest outstanding promise that the Bible gives us regarding this nation here is the spiritual restoration of Israel,” he said.
Buehler said all the prophets prophesied the return of the Jewish people to the Land and God also said through them He would give the Jewish people a new heart.
Now, there’s the hope more nations will follow America’s lead and move their embassies.
“What the US and President Trump was doing was, he was in a way shooting the starting shot for the race and I believe there will be many other nations that will follow the United States,” Buehler said.
“We’re hearing word Guatemala may come back, Tanzania, the Philippines, you can start listing off some of these countries that we hope have the courage to follow the lead of the American administration now to return to Jerusalem,” Parsons.
They feel it’s critical for Christians around the world to pray for Jerusalem.
“That the violence that’s been threatened, that God in a year of favor and in a year of Jubilee that He would take care of that, that maybe some dust up but by His sovereign Hand that it would be completely and quickly over.  We’ve been praying here in Jerusalem that any fire, any anger would be doused,” Parsons said.
“But also I do believe we need to pray for the Arab world.  You see all the unrest that from the Arab world … In a way, you see the sense of delusion and deception you have to say in the Arab streets where they feel that this city has no connection to the Jewish people.  I believe we need to pray that God is doing His work among the Arab peoples,” Buehler said.
“We need to keep praying this would be a unified city,” Parsons said.
Love For His People, Inc. founded in 2010 by Steve & Laurie Martin. Charlotte, NC USA