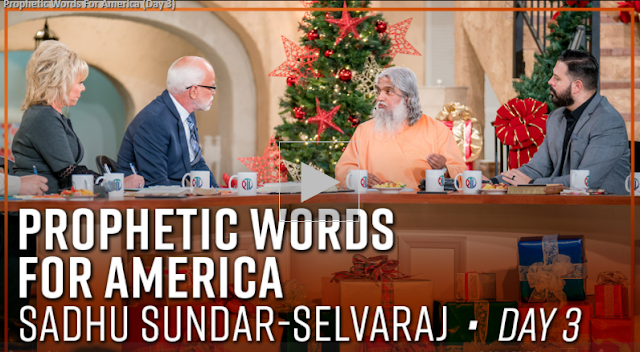 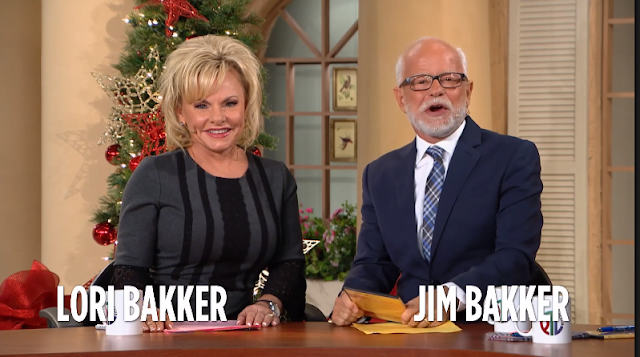 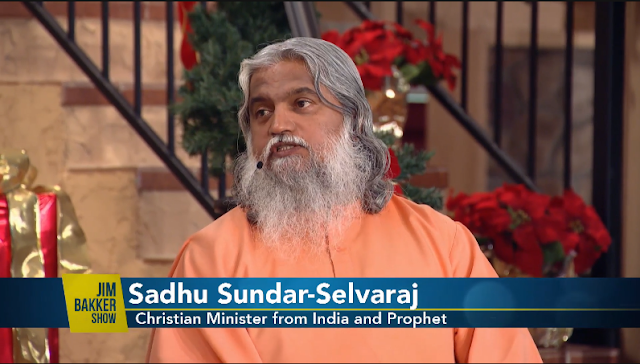 Pastor Jim and Lori Bakker welcome Brother Sadhu Sundar Selvaraj as he shares prophetic insight and what God has been revealing to him about the future of America.

Revelation 14:9-11 KJV And the third angel followed them, saying with a loud voice, If any man worship the beast and his image, and receive his mark in his forehead, or in his hand, The same shall drink of the wine of the wrath of God, which is poured out without mixture into the cup of his indignation; and he shall be tormented with fire and brimstone in the presence of the holy angels, and in the presence of the Lamb: And the smoke of their torment ascendeth up for ever and ever: and they have no rest day nor night, who worship the beast and his image, and whosoever receiveth the mark of his name.
Matthew 13:39 KJV The enemy that sowed them is the devil; the harvest is the end of the world; and the reapers are the angels.
Revelation 6:6 NIV Then I heard what sounded like a voice among the four living creatures, saying, “Two pounds of wheat for a day’s wages and six pounds of barley for a day’s wages, and do not damage the oil and the wine!”
Proverbs 22:3 NCV The wise see danger ahead and avoid it, but fools keep going and get into trouble.
2 Timothy 3:1 MEV Know this: In the last days perilous times will come.
Matthew 24:8 MEV All these are the beginning of sorrows.
1 Timothy 6:10 MEV For the love of money is the root of all evil. While coveting after money, some have strayed from the faith and pierced themselves through with many sorrows.
John 3:16 KJV For God so loved the world, that he gave his only begotten Son, that whosoever believeth in him should not perish, but have everlasting life.
Revelation 13:11-12 MEV Then I saw another beast rising out of the earth. He had two horns like a lamb and he spoke like a dragon. He exercises all the authority of the first beast in his presence and causes the earth and those who dwell on it to worship the first beast, whose deadly wound was healed.
Revelation 11:13 KJV And the same hour was there a great earthquake, and the tenth part of the city fell, and in the earthquake were slain of men seven thousand: and the remnant were affrighted, and gave glory to the God of heaven.

Hexavalent chromium (chromium-6) was just found in 75% of drinking water… the mass chemical suicide of America is under way -Natural News
Love For His People, Inc. founded in 2010 by Steve & Laurie Martin. Charlotte, NC USA