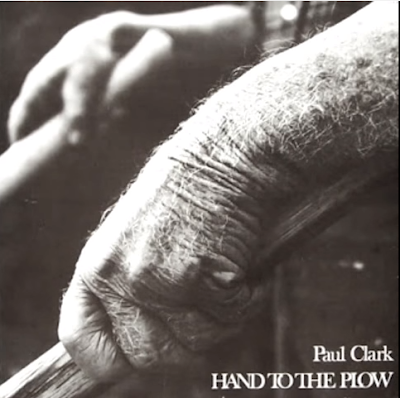 Hand To The Plow, 1976
Nov. 29, 2017
Greetings LoveMusic! listeners.
Back in the day, 1976 to be exact, I met my future wife, Laura Jean Unzicker, at a Sunday evening – former Baptist, now Pentecostal type – church meeting. The town was LaSalle, Illinois. The place was Victory Church. She was 17. I was 22.
I was looking. She was praising the Lord with her high school friend. I liked what I saw, and a little over a year later we were married. Now 40 years and counting, we still are – meeting together in church and praising the Lord for the life He has given together, and to share with others.
Paul Clark never knew this when he and Kelly Willard recorded this song during that same time, but the Lord did. To this day, the album, framed and hanging on our home wall, reminds us of commitment and sharing His life together. Beautifully sung by Paul and Kelly, it is a true reminder of love between a man and a woman. 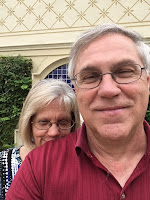 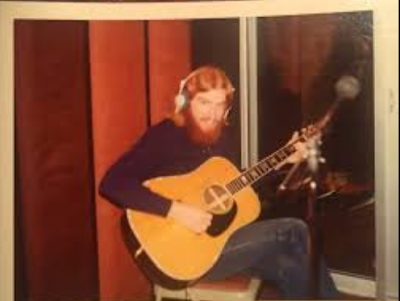 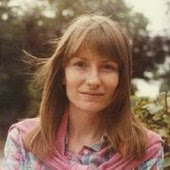 If anyone would like to read our whole mind-blowing love story, it can be viewed here on Facebook: https://www.facebook.com/notes/victor…

If anyone would like to see a picture of us back then, it can be viewed at Flickr here: http://www.flickr.com/photos/13724386…

If anyone would like to see a picture of us now, it can be viewed here on Facebook: https://www.facebook.com/photo.php?fb…

After all was said and done, I specifically wanted to thank Paul Clark for permission to use this song and for his composing and writing and performing it all upon Jesus’ direction. Also I would like to thank him for allowing us to get to know him, for spending time with us online and on the phone, for helping me make adjustments to this video and more, and–most of all–for actually taking the time out of his busy schedule to put on a mini Skypecert (a mini concert via Skype) for us, honoring my and Pete’s time together since recently oddly our health has been taking a nose-dive. This whole experience has truly been a blessing to us. And I would just like to say right here that the Lord has truly been a master artist at work on this guy, creating quite a masterpiece.

Anyway, a neato little known fact people might like to know if they enjoy Paul Clark’s music, and in particular this song, that he shared with us during one of our talks together is that the original singer of the female part in this song was not Kelly Willard.

To expand, after the original recording of this song was ready to go, Paul wasn’t feeling very confident about the fact that the vocals simply didn’t seem to mesh well together. Though the original female singer’s voice was incredible in and of itself, her voice was a bit on the operatic side whereas his was more folk-rock sounding. While mulling this problem over and praying about it, out of nowhere, a bolt of lightning hit the place where he had recorded the song. It destroyed something like 10 seconds of her part. Talk about divine intervention because she was, at the time, so incredibly busy that she couldn’t come in and lay down those ten seconds worth of vocals to finish the song.

Then one of the guys helping him to record the song told him about a young woman of 17–named Kelly Willard–who went to his church that was in a band, called something like Selah. He said she could belt that part right out there for Paul. So Paul had her brought in to see if she could do it. She did the part in ONE take! Unbelievable! Basically, Paul discovered Kelly Willard…though I don’t think he’d ever say that, lol.

I would also like to end this description with letting all who watch it know that this is the first video I have ever worked on, so please be gentle with me, lol. It was time consuming to try to figure it out, but I do think I came up with something my husband and I and our children and grandchildren and the rest of my family and my Facebook friends may repeatedly enjoy. I first started working on this video because no one had placed a video up of it online, and I needed to be able to link to it in my story for the people listed above so that they could hear it since it is an intricate part of how my husband and I connected. Since then, others have placed their versions on youtube. I would have normally linked to one of them on my story since they did wonderful jobs on the song also. But I just didn’t want all the work I did on the video to go down the drain, and I wanted my husband to feel as if this were especially made for him because he is, after all, the love of my life after Jesus, of course.

That being said, I hope everyone else watching and listening to it enjoys the song and video and is as blessed by it as I and my husband have been.

LoveMusic! – Paul Clark – Love You So