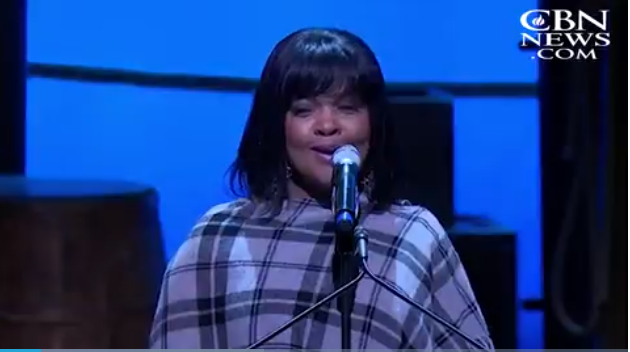 CeCe Winans – opening singer
‘I feel like I’m just falling in love with Jesus,’ Tourists Get their First Look at the Bible Museum
11-18-2017
CBN News Amber C. Strong
WASHINGTON – The Museum of the Bible kicked-off its grand-opening with a night of song and prayer Saturday.
The event featured performances from award-winning gospel artist CeCe Winans and sermons from faith leaders like Senate Chaplain Barry Black. 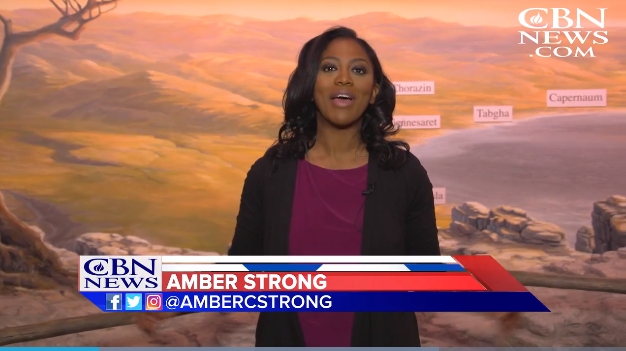 Just one day later, the museum opened its 430,000 square feet facility to the public.
Related One Nation, Under God: The Evidence Is Everywhere in Our Capital No ID, No Job; The Ministry Working to Give DC’s Homeless A Second Chance

“It is amazing. Just the feel, the multi-media presentations, the live portrayals, all of the animations, all of the research. It’s just fabulous,” described visitor Julie Koon.
Koon and her husband Stan made the journey all the way to DC from Sacramento. They say it was well worth the trip.
“Sitting by the sea of Galilee, which I love. It’s one of my favorite places in the world,” Julie Koon said referring to one of the museums many interactive exhibits.
“I feel like I’m just falling in love with Jesus and the word all over again,” she continued.
And what about the recent reports the museum has very few areas dedicated to Jesus Christ?
Visitor Marta Bingham agrees but told CBN News that depends on how you look at it.
“It depends on what they are looking for in Jesus. A lot of it does reference the Bible. It’s the museum of the Bible and the impact the Bible has had,” said Bingham.
Luis Flores agreed and said the overall message is Jesus.
“I think the Bible itself, it’s the word of God. Jesus. So it’s in there. We just have to look into it,” said Flores.
Flores said the museum has lots of layers and important messages for the world.
He pointed out the museum’s focus on the Bible’s influence on history, from our founding fathers to the education system.
“I like the fact that museum is explaining the whole history of it and people and what roles they played, Martin Luther King and education, no, I think it’s all included,” Flores continued.
The Koons says the museum itself and location are by design.
“It’s important that this museum be here, where God raised up a nation and where He is speaking to the world. And where He has a clear sound,” explained Stan Koon.
Watch here: Museum of the Bible opening
Did you know?
CBN is a global nonprofit ministry demonstrating the love of God and sharing the Gospel of Jesus Christ through media evangelism and humanitarian aid. Explore the life-changing work of CBN.
Love For His People, Inc. founded in 2010 by Steve & Laurie Martin. Charlotte, NC USA