Paul Clark – Love You So 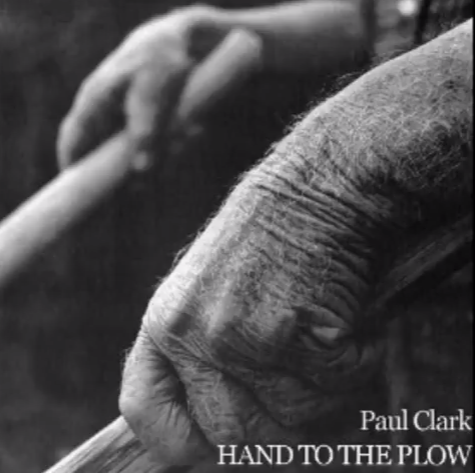 In 1972, Paul Clark came to the Christian Jesus Movement with his album Songs From The Savior. It certainly was in my music collection at that time. Along with that great album, I added his other ones, such as this one Hand To The Plow. Even today that album hangs framed on our home wall, reminding Laurie and me of the work it takes to share the Gospel of our Lord Jesus Christ, Yeshua HaMashiach.
I was thrilled the day I got to talk to Paul on the phone from Jerusalem when he was at the home of Barry Segal (Vision For Israel and The Joseph Storehouse). Barry had him speak to me as they were conversing about an upcoming project between them. Paul promised to send to the USA office some of his new CDs. (Well, still waiting! He must have failed to write it down, as I have to in order to remember things yet to do.)
Paul’s instrumental guitar music accompanied often with his band, touches the heart and soul, while his lyrics ring true to us in everyday life.
Be blessed in your listening to Paul as he sings to the Lord – how much we love Him so.
Ahava and shalom,

Steve Martin
Founder
Love For His People
Charlotte, North Carolina
USA
YouTube Published on Jan 1, 2015
5th track from “Hand To The Plow” (1977). Perfect in its simplicity! A honey-dripping sax, an electric piano, a phase-shifted guitar, Westcoast production, and a heart overflowing with gratitude. What more could you ask for from smooth ’70s Yacht Rock? This is one of my all-time faves!

“With piano directed to the forefront and the help of Harlan Rogers and Hadley Hockensmith of the jazz group Koinonia, Clark dabbled with a progressive fusion of jazz, rock and pop which at its most sophisticated is not unlike Steely Dan’s The Royal Scam, particularly on the opening seven-minute title track with its extended instrumental jamming. Sleeker production was joined by heavy guitar solos, slick saxophone leads, brass section, synthesizers, organ, funky keyboards and ladies on bgvs.”

LoveMusic! – Woman/The Man That I Love, Performed by Paul Clark and Kelly Willard