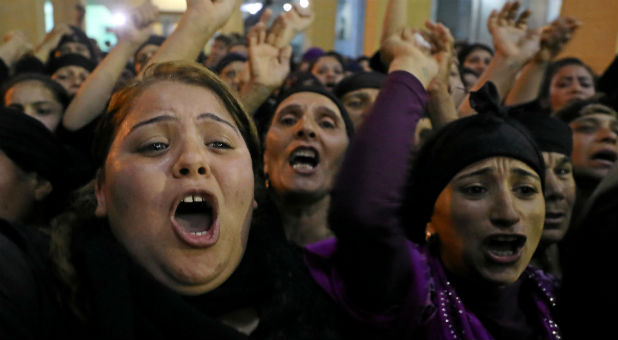 10 Types of Persecution You Could Face for Your Faith

11/3/2017 JIM DENISON CHARISMA NEWS
Join us on our podcast each weekday for an interesting story, well told, from Charisma News. Listen at charismapodcastnetwork.com.
Sunday is the International Day of Prayer for the Persecuted Church. Why do we need such a day?
In The Global War on Christians, John Allen calls the worldwide persecution of Christians “the most dramatic religion story of the early twenty-first century, yet one that most people in the West have little idea is even happening.” The respected journalist describes this persecution as “the most compelling Christian narrative of the early twenty-first century.” According to him, “Christians today indisputably are the most persecuted religious body on the planet.”
What evidence does Allen offer for his claim?
The Scope of Persecution
According to the evangelical group Open Doors, 100 million Christians face interrogation, arrest, torture and/or death because of their religious convictions. Todd Johnson of Gordon-Conwell Theological Seminary documents that 100,000 Christians, 11 per hour, have been killed on average every year of the past decade. The Catholic humanitarian group Aid to the Church in Need describes this global assault on believers as “a human rights disaster of epic proportions.”
While 30 percent of the world’s population identifies as Christian, 80 percent of all acts of religious discrimination around the world are directed at Christians. One scholar estimates that 90 percent of all people killed on the basis of their religious beliefs are Christians.
Terrorist attacks against Christians escalated 309 percent between 2003 and 2010. There have been 70 million martyrs since the time of Christ, 45 million of them in the 20th century. In other words, more Christians died for their faith in the last century than in the previous 19 centuries combined.
Persecution and Islam
Persecution against Christians is especially prevalent in the Muslim world. According to Newsweek, “In recent years the violent oppression of Christian minorities has become the norm in Muslim-majority nations stretching from West Africa and the Middle East to South Asia and Oceania. In some countries, it is governments and their agents that have burned churches and imprisoned parishioners. In others, rebel groups and vigilantes have taken matters into their own hands, murdering Christians and driving them from regions where their roots go back centuries.”
What about the allegation that the West, post-9/11, has become Islamophobic?
Newsweek notes: “A fair-minded assessment of recent events and trends leads to the conclusion that the scale and severity of Islamophobia pales in comparison with the bloody Christophobia currently coursing through Muslim-majority nations from one end of the globe to the other. The conspiracy of silence surrounding this violent expression of religious intolerance has to stop. Nothing less than the fate of Christianity—and ultimately of all religious minorities—in the Islamic world is at stake.”
Types of persecution
John Allen cites the Barnabas Fund, a U.K.-based international body formed to support persecuted Christians. The Fund lists 10 forms of aggression against Christians, in ascending order of ferocity:
1. Social discrimination, such as pressure on a Christian woman to convert to Islam if she marries a Muslim.
2. Institutional discrimination, such as difficulties obtaining building permits to construct or repair Christian churches.
3. Employment discrimination, such as bias against Copts in the Egyptian military and public sectors.

4. Legal discrimination: denying Christians and other religious groups access to the courts, legal representation or action by police when they are attacked.
5. Suppression of Christian missionary activity, as in Iran, where missionaries are routinely arrested and deported or incarcerated.
6. Suppression of conversion to Christianity, usually through “blasphemy” or “apostasy” laws. Nearly half the countries in the world have laws that criminalize apostasy, blasphemy or defamation of religion.
7. Forced conversion from Christianity, sometimes involving “reconversion” ceremonies where Christians are made to embrace the religion they left for Christ.
8. Suppression of corporate worship, as when authorities in China or Saudi Arabia raid house churches.
9. Violence against individuals, the most common and most lethal form of the global war on Christians.
10. Community oppression, when entire churches or faith groups are attacked.
What Can We Do?
If a member of your family were under attack today, what would you do? Apply your answer to your global Christian family as you consider three imperatives.
First, we must pray. Intercede for your persecuted sisters and brothers, “[making] supplication for all the saints” (Eph. 6:18b). Pray for their oppressors as well: “Love your enemies, and pray for those who … persecute you” (Matt. 5:44b).
Second, we must tell their story. For resources that will help you and your church stand with persecuted Christians, click here and here. For resources focused on Texas churches, I recommend the “Speak Freedom Texas” initiative.
Third, we must follow their example. Knowing that our sisters and brothers are facing torture and death for our Lord, what price will we pay for our faith?
When last did it cost you something significant to follow Jesus?

This article originally appeared on The Denison Forum.
Jim Denison, Ph.D., is founder of the Denison Forum on Truth and Culture, a non-sectarian “think tank” designed to engage contemporary issues with biblical truth. Join over 100,000 who read Dr. Denison’s daily Cultural Commentary:denisonforum.org/subscribe . For more information on the Denison Forum, visitdenisonforum.org. To connect with Dr. Denison in social media, visit twitter.com/jimdenison or facebook.com/denisonforum.
Charisma Readers save 50% OFF these select Bibles plus FREE SHIPPING plus a Special Bonus for a limited time! Show me the Bibles on sale!
Christmas is coming soon. Get a jump start with these great Spirit-filled bundles. Save up to 70% plus FREE Shipping! Life in the Spirit Gift Boxes, Special Book Bundles, and Christmas Gift Bundles.
Love For His People, Inc. founded in 2010 by Steve & Laurie Martin. Charlotte, NC USA