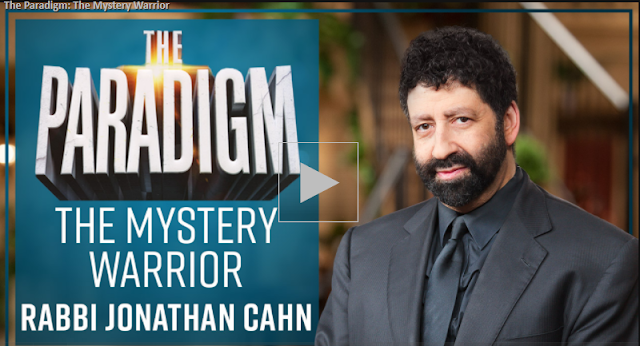 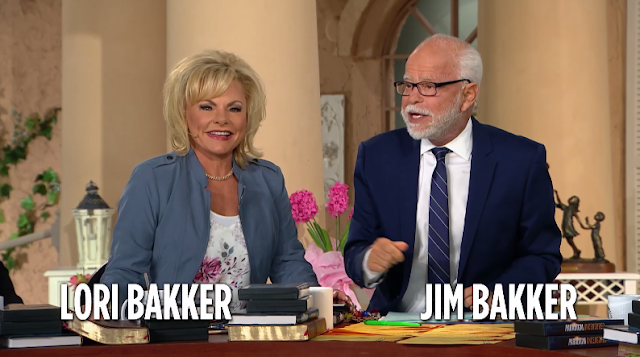 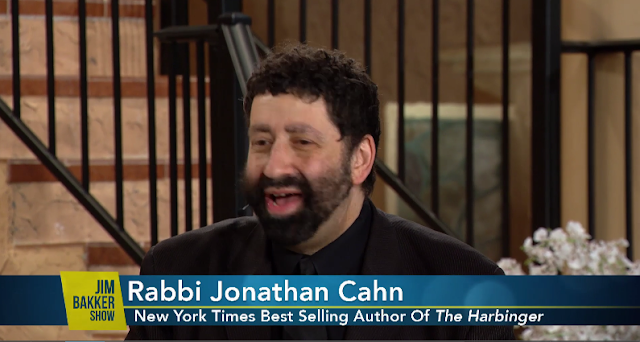 Pastor Jim and Lori Bakker welcome Rabbi Jonathan Cahn as he continues to unfold the mysteries contained within his newest book, The Paradigm.

Isaiah 5:20 KJV Woe unto them that call evil good, and good evil; that put darkness for light, and light for darkness; that put bitter for sweet, and sweet for bitter!
1 Timothy 2:1-2 MEV Therefore I exhort first of all that you make supplications, prayers, intercessions, and thanksgivings for everyone, for kings and for all who are in authority, that we may lead a quiet and peaceful life in all godliness and honesty.
2 Kings 9:1-9 MEV Then Elisha the prophet called one of the sons of the prophets, “Prepare yourself. Take this flask of oil in your hand, and go to Ramoth Gilead. When you get there, look for Jehu the son of Jehoshaphat, the son of Nimshi. Go in and make him rise from among his brothers, and bring him into an inner chamber. Then take the flask of oil, pour it on his head, and say, ‘Thus says the Lord: I have anointed you king over Israel.’ Then open the door and flee. Do not wait.”So the young man, the prophet, went to Ramoth Gilead. When he arrived, the commanders of the army were sitting, and he said, “I have a word for you, Commander.” Jehu said, “Which one of us?” And he said, “For you, Commander.” So he arose, went into the house, poured the oil on his head, and said to him, “Thus says the Lord, God of Israel: I am anointing you king over the people of the Lord, over Israel. You will strike the house of Ahab your master, and I will avenge the blood of my servants the prophets and the blood of all the servants of the Lord from the hand of Jezebel. The whole house of Ahab will perish, and I will cut off from Ahab all the males in Israel, both imprisoned and free. I will make the house of Ahab like the house of Jeroboam son of Nebat and like the house of Baasha the son of Ahijah.
Romans 8:28 MEV  We know that all things work together for good to those who love God, to those who are called according to His purpose.
2 Kings 9:16-18 MEV Then Jehu rode in a chariot and went to Jezreel, for Joram lay there. Ahaziah king of Judah had come down to see Joram. A watchman was standing on the tower in Jezreel, and he saw the company of Jehu as he was coming and said, “I see a company.” And Joram said, “Take a horseman and send him to meet them, and let him say, ‘Is it peace?’ ” So the horseman went to meet him and said, “Thus says the king, ‘Is it peace?’ ” But Jehu said, “What have you to do with peace? Circle in behind me.” So the watchman reported, “The messenger came to them, but he is not returning.”
2 Kings 9:20-26 MEV  The watchman reported, “He came to them, but he is not returning. The driving is like the driving of Jehu the son of Nimshi, for he drives furiously.” Then Joram said, “Hitch my chariot.” So his chariot was hitched, and Joram king of Israel and Ahaziah king of Judah went out, each in his chariot. They went out to meet Jehu and found him on the property of Naboth the Jezreelite. When Joram saw Jehu he said, “Is it peace, Jehu?” And he said, “What peace, so long as the harlotries of your mother Jezebel and her sorceries are so many?” Then Joram turned the reins, fled, and said to Ahaziah, “There is treachery, Ahaziah.” Jehu drew a bow with his full strength and shot Joram between his shoulder blades. The arrow went out at his heart, and he kneeled down in his chariot. Then Jehu said to Bidkar his officer, “Lift him up and throw him on the property of the field of Naboth the Jezreelite. Remember when you and I were riding together after Ahab his father and the Lord pronounced this oracle about him: ‘Surely I have seen yesterday the blood of Naboth and his sons, declares the Lord, and I will pay you back on this property, declares the Lord.’ Now lift him up and throw him onto the property, according to the word of the Lord.”
2 Kings 9:20 NLT The watchman exclaimed, “The messenger has met them, but he isn’t returning either! It must be Jehu son of Nimshi, for he’s driving like a madman.”
1 Kings 18:18 MEV And he answered, “I have not troubled Israel, but you and your father’s house, in that you have forsaken the commandments of the Lord and you have followed the Baals.
2 Kings 9:30-31 MEV When Jehu came to Jezreel, Jezebel heard about it. She put black paint on her eyes, adorned her head, and looked down through the window. As Jehu entered in at the gate, she said, “Is everything all right, Zimri, murderer of his master?”
2 Kings 3:1 MEV Now Jehoram son of Ahab reigned over Israel in Samaria in the eighteenth year of Jehoshaphat king of Judah and reigned twelve years.
Luke 12:48 NKJV But he who did not know, yet committed things deserving of stripes, shall be beaten with few. For everyone to whom much is given, from him much will be required; and to whom much has been committed, of him they will ask the more.
Matthew 13:39 KJV The enemy that sowed them is the devil; the harvest is the end of the world; and the reapers are the angels.ystery
Proverbs 29:18 KJV Where there is no vision, the people perish: but he that keepeth the law, happy is he.