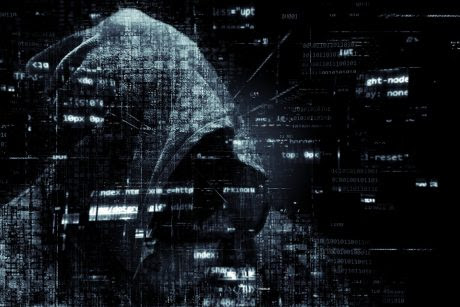 The Equifax Hack Is The Most Disastrous Data Breach In History Because Now Hackers Have The Credit Information Of 143 Million Americans
Posted: 17 Sep 2017 Michael Snyder  THE ECONOMIC COLLAPSE BLOG
Talk about a nightmare.  It is being reported that criminals were able to hack into Equifax and make off with the credit information of 143 million Americans.  We are talking about names, Social Security numbers, dates of birth, home addresses and even driver’s license numbers.  If this data breach was an earthquake, we would be talking about a magnitude-10.0 on the identity theft scale.  We have never seen anything like this before, and to say that this will be “disastrous” for the credit industry would be a massive understatement.
What really disturbed me about this story is that this hack reportedly occurred between “mid-May and July of this year”…

Credit monitoring company Equifax has been hit by a high-tech heist that exposed the Social Security numbers and other sensitive information about 143 million Americans. Now the unwitting victims have to worry about the threat of having their identities stolen.
The Atlanta-based company, one of three major U.S. credit bureaus, said Thursday that “criminals” exploited a U.S. website application to access files between mid-May and July of this year.

So why didn’t we learn about this until September?

Somebody out there really needs to answer that question for us.

And even though the “143 million” number is being thrown around constantly, according to USA Today we may never know the true number of victims…

When asked if there’s a way to quantify how many people have been harmed, John Ulzheimer, a credit expert and former employee at Equifax and credit score firm FICO, said: “There’s no way to know, and there may never be a way to know.”

Personally, I don’t see how Equifax can possibly survive after this.  Their stock price is already crashing, and now it has come out that they had put a “music major” in charge of data security…

When Congress hauls in Equifax CEO Richard Smith to grill him, it can start by asking why he put someone with degrees in music in charge of the company’s data security.
And then they might also ask him if anyone at the company has been involved in efforts to cover up Susan Mauldin’s lack of educational qualifications since the data breach became public.
It would be fascinating to hear Smith try to explain both of those extraordinary items.

Also, we are now finding out that Equifax has not just had security problems here in the United States.

According to the New York Post, data breaches have been taking place all over the globe…

Hackers had access to the names, dates of birth and e-mail addresses of nearly 400,000 people in the United Kingdom, said Equifax’s British subsidiary in a statement last week.
In Canada, sensitive data belonging to 10,000 consumers may have been hacked in the breach, said a statement from the Canadian Automobile Association.
In Argentina, one of the company’s portals was so easily accessible that it allowed quick exposure to the personal information of more than 14,000 people.

As noted above, the public didn’t learn about any of this until September.

But once top Equifax officials learned what had happened, some of them started dumping their shares of Equifax very rapidly…

Three Equifax executives — not the ones who are departing — sold shares worth a combined $1.8 million just a few days after the company discovered the breach, according to documents filed with securities regulators.
Equifax shares have lost a third of their value since it announced the breach.

Needless to say, the SEC is going to be looking into this very closely.

As we move forward, there is a tremendous amount of concern as to how much this data breach will affect the U.S. economy.

Only time will tell, but without a doubt it will have an impact.  For example, according to Bloomberg this data breach could potentially have an absolutely disastrous impact on store-branded credit cards…

Equifax Inc.’s massive data breach could make an already tough market outlook even more daunting for the firms behind Gap Inc.’s and Ann Taylor’s store-branded credit cards.
Those retailers’ banking partners, including Synchrony Financial and Alliance Data Systems Corp., could see fewer account originations as more consumers freeze their credit to avoid hack-related fraud. Consumers have to take extra steps — including calling the credit bureau, going online or paying fees — to lift a block and get a new card.
“If people are defaulting to credit freezes, then if you’re a Macy’s retailer trying to sell credit cards, you can’t get that done at the point of sale,” said Vincent Caintic, an analyst at Stephens Inc. “It could become a regular thing, these freezes. It does slow down the origination process and it’s probably going to increase acquisition costs.”

If you believe that your data may have been compromised in this breach, there are some things that you can do right away to help protect against identity theft.  You can sign up for 24 hour a day credit monitoring, you can request fraud alerts, you can enable “two factor authentication” and beyond all of that you could go as far as to freeze your credit.

But if everybody in America suddenly started freezing their credit, that would slow down economic activity dramatically.  So needless to say authorities are hoping that does not happen.

In this case, Equifax needs to step up and do the right thing.  They need to inform all of the victims (even if that means reaching out to 143 million different people), and they should automatically provide free credit monitoring for all of those that were affected.

When you bungle something as badly as Equifax has done, it is nearly impossible to restore faith in an organization.  The credit information of 143 million Americans is now in the hands of criminals, and the potential damage that could be done is absolutely off the charts.

Whether it’s the Olympics, fraud, or a surgery, have a fighting spirit – Chris Yoon

What Bonhoeffer Would Do Today – Eric Metaxas – Sean Feucht

The Difference Makers | Give Him 15: Daily Prayer with Dutch | July 30

COMMENTARY: ‘Till Kingdom Come’ – What Christians are Saying, Israel

The Chosen – Airplanes Ruined Jesus’s Line? Here’s how we fixed it.