Skip to content
September 12, 2017July 11, 2019 Steve Martin 0 Comments
(Jerusalem, Israel) — Is Russia preparing to invade another European country, or simply training its forces to do so in the future?
That’s the big question as Vladimir Putin prepares to launch a massive series of war games on Thursday dangerously close to the borders of three NATO member states — the Baltic states of Estonia, Latvia and Lithuania — as well as Ukraine, which Russia has invaded and occupied portions of twice since 2014.
While it sounds eerily similar to the plot of my forthcoming political thriller, The Kremlin Conspiracy, the exercise — code-named “Zapad-2017” (Zapad in Russian means “West”) is all-too-real. It is set to begin on September 14 and conclude on September 20th, and tensions in the region are high. 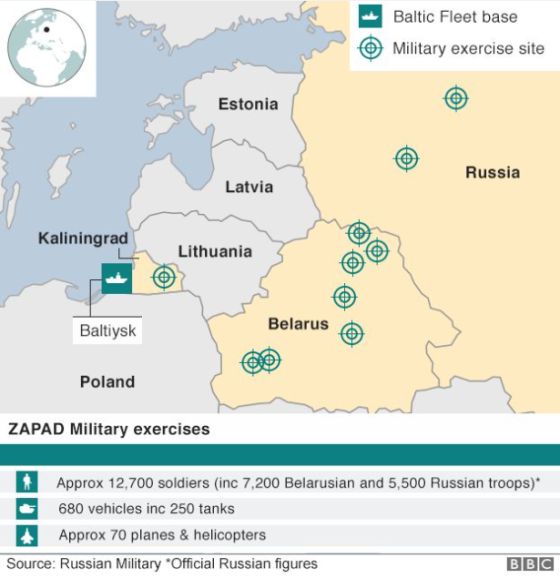 The Economist calls this “Russia’s biggest war game in Europe since the Cold War.”
Moscow says only 12,500 troops will take part, most of which will operate in the country of Belarus, just south of the Baltics and just north of Ukraine. But “some Western analysts, and Baltic State governments…have expressed concerns that the exercise will in reality be significantly larger, involving between 60,000 and 100,000 military personnel,” notes Janes Intelligence Review.
“According to the Baltic States, the last Zapad-series exercise in 2013 involved 75,000 military personnel, six times higher than Russia disclosed,” says Janes.
Have the U.S. and other NATO commanders positioned enough forces, tanks, fighter jets and other defenses of their own to protect against a Russian blitz? I pray yes, but I’m not so certain.
According to a recent RAND Corporation analysis: “As currently postured, NATO cannot successfully defend the territory of its most exposed members. Across multiple games using a wide range of expert participants in and out of uniform playing both sides, the longest it has taken Russian forces to reach the outskirts of the Estonian and/or Latvian capitals of Tallinn and Riga, respectively, is 60 hours. Such a rapid defeat would leave NATO with a limited number of options, all bad: a bloody counteroffensive, fraught with escalatory risk, to liberate the Baltics; to escalate itself, as it threatened to do to avert defeat during the Cold War; or to concede at least temporary defeat, with uncertain but predictably disastrous consequences for the Alliance and, not incidentally, the people of the Baltics.”
Estonia’s Defense Minister Margus Tsahkna says NATO has intelligence suggesting Moscow may leave Russian soldiers in Belarus once the exercises are over, Reuters reports. He said Russia will use 4,000 railway carriages to transport its troops and equipment to Belarus, perhaps to establish a new Russia military base.
“For Russian troops going to Belarus, it is a one-way ticket,” Tsahkna told Reuters in an interview in Malta. “This is not my personal opinion; we are analyzing very deeply how Russia is preparing for the Zapad exercises.”
Meanwhile, “Ukrainian President Petro Poroshenko has described Russia’s build-up for the exercise as ‘preparations for an offensive war on a continental scale,'” reports the BBC, and Ukrainian defenses are being bolstered.
According to the BBC, Poroshenko believes Russia is “using the pretext of an exercise to mobilize and position forces to conduct offensive operations” and that “he could not rule out the possibility that the drill ‘may be used as a smokescreen to create new Russian army assault groups to invade Ukrainian territory.'”
I’ll definitely keep you posted as events unfold. In the meantime, please pray for safety and security for the people of the Baltics and Ukraine. Please also pray for wisdom for their leaders and the commanders of NATO. 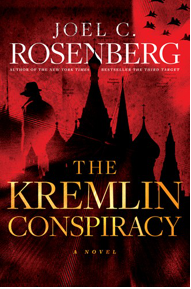