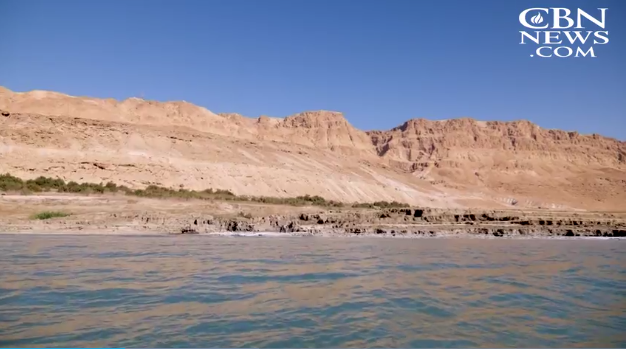 Preserving the Dead Sea, a Jewel for Future Generations
08-24-2017
CBN News Julie Stahl,
Chris Mitchell
DEAD SEA, Israel – Sunrise over the Dead Sea is a magnificent sight.  A soothing atmosphere surrounds this biblical landmark and mineral treasure. The Dead Sea is a natural wonder that is actually giving life, but this unique jewel is in danger of drying up.
It sits on the Great Rift Valley between Israel and Jordan. 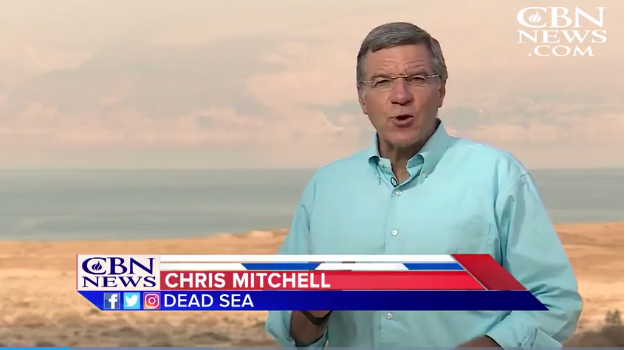 Fed by freshwater from the Jordan River and mineral springs, it’s one of the saltiest lakes in the world – so salty no fish can survive in it.
Related Nominated as one of the Seven Wonders of the World, the water, mud and atmosphere have healing properties, but all this could disappear.

The Dead Sea is dropping by five to eight feet a year. That means the lowest point on earth is getting even lower.

Hebrew University Professor Avner Adin explained what’s taking place and why there’s only one way to restore the sea.
“The reason is very, very simple,” Adin explained. “On one hand …there is all the time evaporation of water, the surface is very large. On the other hand … the good water[s] from the upper Jordan were taken for irrigation to develop agriculture, to develop food for the people and [therefore] stopped reaching the Dead Sea.  So the balance has changed.”
“What could save the Dead Sea is pouring water into the Dead Sea,” he explained.
Adin told CBN News a combination of solutions is the only way to help. 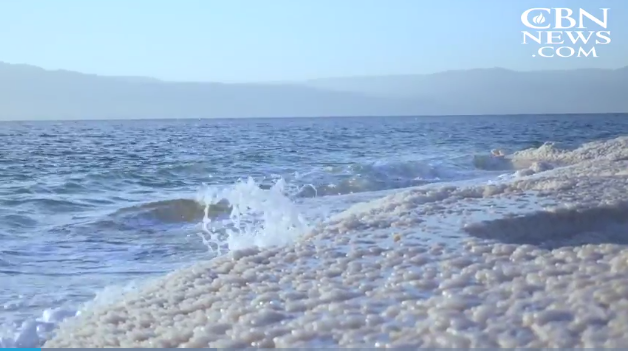 “One way, which is the natural one, meaning let the rivers flow into it: don’t take the water from the Jordan, from the other rivers…let it come back to its natural way,” he said. “The other way is artificial, meaning making the Red-Dead Sea project, making it come true.” Israel, Jordan and the Palestinian Authority signed a Red-Dead Sea agreement to build a 140-mile canal from the Red Sea to the Dead Sea.
The billion dollar project begins with a desalination plant to provide much needed water and power to Jordan and then drop the remainder of the water into the Dead Sea. 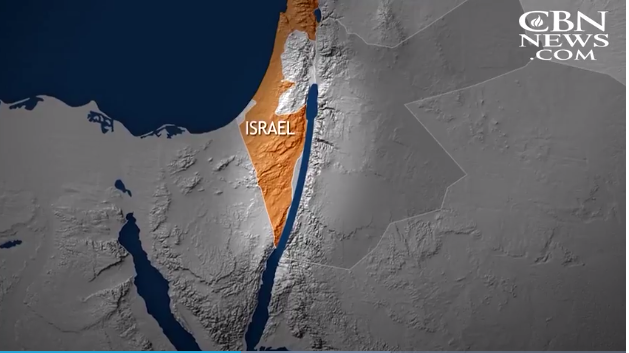 “Another way that in parallel could be done would be … to take water from the Mediterranean and desalinate this water and give this water for drinking and for agriculture instead of taking water from the Lake of Galilee and from the streams,” he said.
But Adin knows it’s not easy to get governments invested in saving the Dead Sea. That’s why activists like Jacob Ben Zaken and Noam Bedein are sounding the alarm. 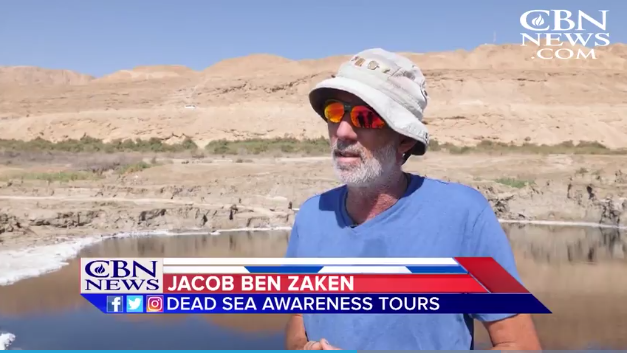 “I want to see the Dead Sea restored,” said Ben Zaken, who lives in a nearby kibbutz and gives the only boat ride available on the Dead Sea. “The purpose is to bring awareness to the Dead Sea – to the beauty, to everything that’s going on, including the disappearing of the Dead Sea and the way to save it,” he explained. 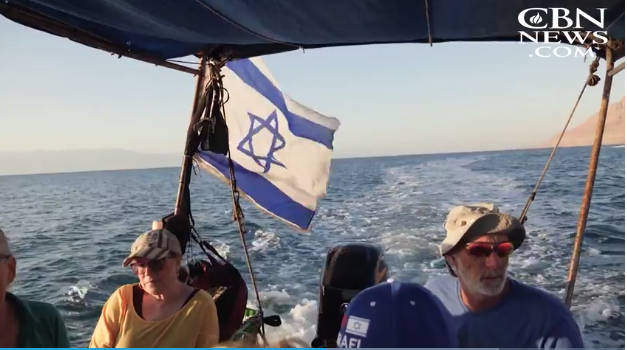 And it’s working.
Over a year ago, photojournalist Noam Bedein took the boat tour.
“That touched me as an Israeli to speak up for this enchanted, prehistoric, biblical place – to stand up for it,” said Bedein, who works as a Dead Sea sailing excursion guide.
These salty pillars or chimneys may be stunning, but their appearance signals trouble. Bedein’s photos show the drop in the water level in just one year. The drop has also caused huge sink holes to open up along the shore, forcing beaches to close and a nearby road to collapse. The Dead Sea is a favorite tourist destination. It’s so salty you can’t sink – only float.
But there’s much more. In the Bible, a young David hid in the nearby caves of Ein Gedi. The Dead Sea Scrolls were found in the Qumran Caves, giving us the oldest manuscripts of the Bible.
And the Dead Sea is actually giving life. The waters and air at the Dead Sea have special healing properties for skin and other ailments.
Besides that, mineral mining yields potash and magnesium – key elements for fertilizer used in agriculture to feed the world. 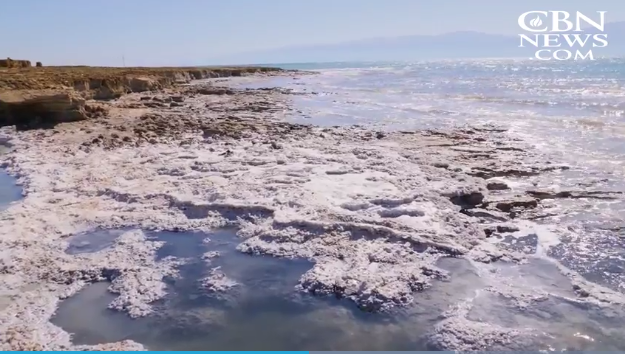 “So it’s a very special diamond that we should keep it,” Adin said.
Biblical prophets also said that the Dead Sea would go through a change when the Messiah returns. Ezekiel prophesied that one day the waters of the Great Salt Sea would be healed and teaming with fish.
Watch newscast video here: Dead Sea – CBN News Jerusalem
Photos, CBN News, Jonathan Goff
Photo of One-Year Drop, Noam Bedein @deadseastory
While you are here…
We’d like to ask for your help. At CBN News, we strive to bring you the most current, pertinent and reliable news possible. We are able to bring you this important news from a Christian perspective because of the help of friends like you who know how vital it is to have an alternative to the news you hear from major media outlets.
Would you help ensure that we can continue to provide this important service to you and our country by considering a special gift today? Or would you become a monthly partner so we know we can count on the resources we need to bring you the best news possible?
Thanks for being a part of the dynamic future of CBN News, as well as helping The Christian Broadcasting Network share the love of Jesus with hurting people everywhere.