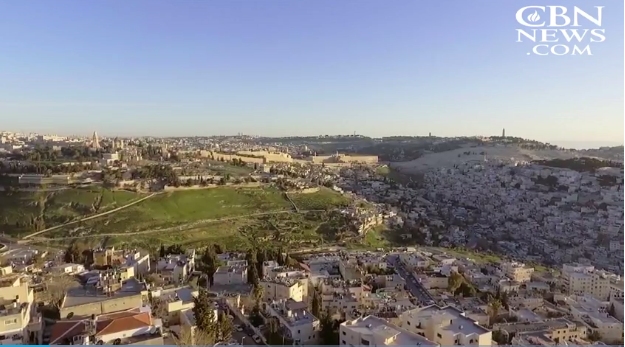 Prophecy Fulfilled: City of David ‘Shakes Off the Dust’
08-14-2017
CBN News Chris Mitchell
JERUSALEM, Israel – When people visit Jerusalem’s Old City, they may believe it’s the same place King David set up as his capital more than 3,000 years ago. But that’s not exactly the case. Archaeologists are uncovering the original city and telling others its amazing story.
Anarina Heymann serves as the outreach coordinator for the City of David. 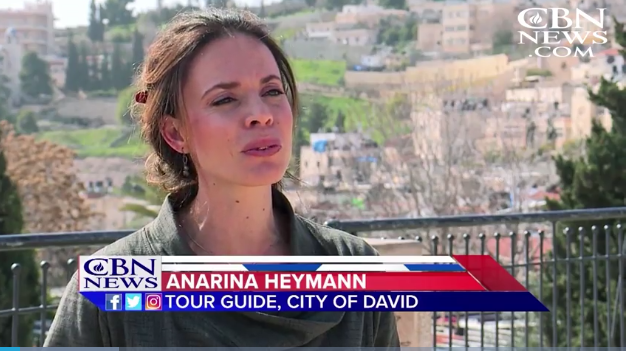 Has the Battleground of David and Goliath Finally Been Unearthed? IAA Unearths Unusual Steps in the City of David She then helped answer that question by explaining how the City of David lay hidden for nearly 2,000 years until a British archaeologist began a discovery that continues to this day.
“Chris, we’re standing at a magical place right now,” Heymann continued. “This is the place when Charles Warren came through the fascia that he found. He saw something.  And when Charles Warren saw this, he knew that he rediscovered the ancient biblical Jerusalem.”

Asked if this Warren’s work was the beginning of the unveiling of the City of David in modern times, she responded, “Exactly because we’re speaking of a 2,000 year period where nobody knew where the ancient city was. Most people thought when they – when they came – that what they saw in the Old City, that was ancient biblical Jerusalem. It’s only when he found this that they discovered…the ancient Jerusalem lies outside of what we call today the Old City.”
The discovery of the tunnel system known as Warren’s Shaft visually tells how King David captured the city and brings the Bible to life.
“When we saw this, we suddenly saw exactly how the picture came together,” Heymann continued. “And many times when we do excavations, we also don’t know what we’re looking at and then we have to go to the Bible and that starts explaining it. So it’s the Bible and then the excavations and the excavations and the Bible coming together, giving us the full picture of ancient Jerusalem.”
Annointing Israel’s Kings
Further down, archaeologists found where men became kings.
“Most of the kings of Israel were anointed where we’re standing right now.  We are standing at the place of anointing. And Isaiah says you will draw forth water with joy from the springs of salvation,” she said. 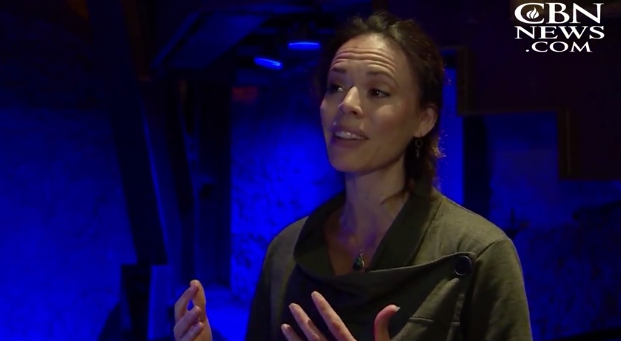 In fact, the City of David echoes with the people of the Bible.
“Abraham, when he met Melchizedek, but then we get to David, to Solomon, we get to Isaiah when he was giving his prophecies on these very walls here,” she said. “Jeremiah, afterwards, when he had to speak about the destruction that was looming over Jerusalem … all those things happening exactly where we’re standing right now.” 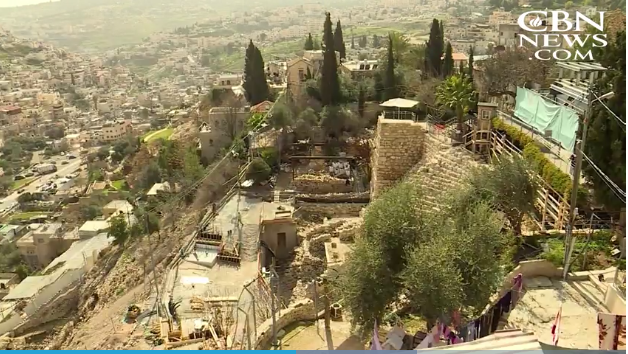 More than 10 years ago, archaeologists uncovered another biblical site, the Pool of Siloam, which was fed by the nearby Gihon Spring. It’s the place where Jesus healed the blind man and also where the Jewish people would gather for the Feasts of the Lord.
“Three times a year, all the men had to come to the mikvah (ritual bath) in the pool and from there get ready to go to Temple Mount and this is the walk, the final ascent, that all the pilgrims can do again when they come to Jerusalem,” she explained.
Heymann sees this final ascent as a merger between archaeology and prophecy.
Opening a Door to the Future
“Something amazing is happening because you see that we are now excavating this road and again prophecy is being fulfilled because it says in Isaiah ‘build up, build up the road,’ the highway. And it says remove the stones for my people’s return,” she said.
One ongoing excavation is the tunnel leading from the Pool of Siloam to the Temple Mount. Heymann says it reveals the past and opens a door to the future.
One of the City of David’s most ambitious projects is an excavation called the Givati, where the entire history of Jerusalem is being revealed as if the rocks are crying out.
“You can see exactly how she (Jerusalem) slowly disappeared from civilization because one city was built upon the other, and you could see how probably the city could have lost hope, thinking ‘who’s ever going to discover me again? Until God says, but in a time of favor, nothing can stop it and that’s what we see in Giviti. Jerusalem is slowly being revealed,” she said.
She sees prophecy unfolding. 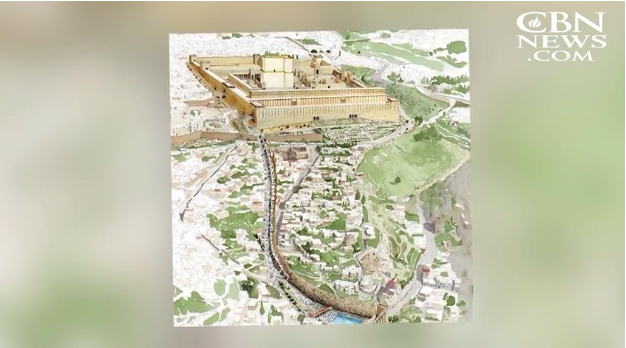 “We’re starting to see in the last decade, the blueprint. She’s starting to share what she looked like to us again. So you can see how prophecy is speeding up as we go. It’s said [Hebrew] ‘shake off your dust, arise, take your rightful place, Jerusalem.’ If you see the excavations here on a daily basis, you can see the buckets flying. You can see the dust literally flying about, how she’s shaking off her dust.”
Heymann considers her role in the City of David a privilege.
“I call myself the luckiest person in the world – the luckiest girl in the world – because I have the opportunity to take what we see here and tell the people about the City of David, about the ancient Jerusalem, and every person that is passionate about Jerusalem and serious about biblical prophecy needs to know this,” she said.
WATCH HERE: Chris Mitchell at the City of David
Love For His People Editor: We’d love to keep in touch with you.
Sign up here: Love For His People Contact Form
Get Christian Insights!
CBN News is telling the stories other news outlets won’t. Join with us in bringing a Christian perspective on today’s issues concerning:
From our news bureaus in Washington, D.C., Jerusalem, and Virginia Beach, we bring you the news 24/7.
Will you stand with us for by giving a special gift today?