“I Saw Gold Pens Falling From Heaven onto the Earth”
by Bill Yount, Hagerstown, MD

“I Saw Gold Pens Falling From Heaven onto the Earth”
by Bill Yount, Hagerstown, MD

“And there are also many other things which Jesus did, which if they should be written every one, I suppose that even the world itself could not contain the books that should be written. Amen.” (John 21:25)
I saw gold pens falling out of Heaven onto the earth as though they were being thrown by the angels like javelins into the hands of unknown people. I saw these pens turning into spears and swords as they fell into these hands. As their fingers began to write books, songs and poetry, they were becoming lethal weapons to war against the enemy!
Psalm 144:1 was being activated throughout the earth! “Blessed be the Lord my strength, who teaches my hands to war and my fingers to fight!”
Huge Warehouses in Heaven
In the spirit, I saw huge warehouses in Heaven that appeared to be full of books, songs and poetry. I noticed these books had no titles on their covers or any words written on their pages. These were wordless books, blank bundles of sheet music, and empty pages of poetry stacked high to the ceiling. A sign was over the huge door that read, “Stationery to Be Released and Published in the Last Final Hour Upon the Earth”.
I heard the Father give a command to the angels, “Empty those warehouses and deliver it to the earth! There are books yet to be written, new songs yet to be sung, and poetry yet to be recited that will woo hearts back to Me. Drop the pens down first and empty those warehouses!”
I heard the Father say, “I’m releasing a ‘scribe anointing’ upon the earth!”
Angels are Delivering Our Creative Works
In the spirit, I saw as though the Grand Canyon itself was becoming one of the many distribution centers, filling up like a huge library in the earth, filled with testimonies, books, songs and poems. Then angels would swoop down and carry these writings to God-given destinations – to saints and sinners in many parts of the world. I saw the seas and waters of the earth being covered with writings and literature floating upon them. The glory of God upon these waters from the writings would actually change water currents and carry them to places where man was unable to go.
I sensed the Lord Himself was going into marketing His material. That to the earth, He was releasing inspiration into hands that were being prompted to write by the Holy Spirit. I sensed the Father had great desire to literally fill the earth; to let the whole world know what great things He has done for His people.
“The Lord sent His Word and great was the company of those who published it!” (Psalm 68:11)
Is there a book in you? A song stirring in your heart? Poetry that keeps coming to the surface? Perhaps the Lord is calling you in this hour to pick up your pen!
Bill Yount
Blowing the Shofar Ministry
Email: theshofarhasblown@juno.com
Website: www.billyount.com
Bill Yount has been a member of Bridge of Life in Hagerstown, Maryland, for the past 36 years where he is now an elder and a home missionary. He is currently an advisor at large for Aglow International. Bill faithfully served in prison ministry at Mount Hope for 23 years and now travels full-time, both in the U.S. and internationally, ministering in churches and Aglow circles. “Humility and humor” characterize his ministry as he brings forth a fresh word that is “in season,” proclaiming the Word of the Lord!
The shofar (or ram’s horn) is often used in his meetings, breaking the powers of darkness over regions, churches, and households. The shofar represents God’s breath blowing into the nostrils of His people, reviving them and awakening the lost. Many of God’s messages, which Bill ministers prophetically, come out of his everyday life with his family and friends.
From Love For His People Editor: 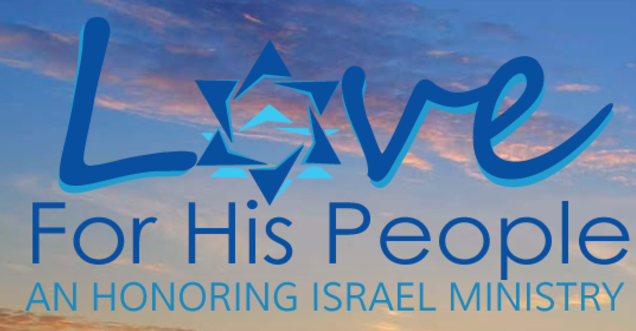