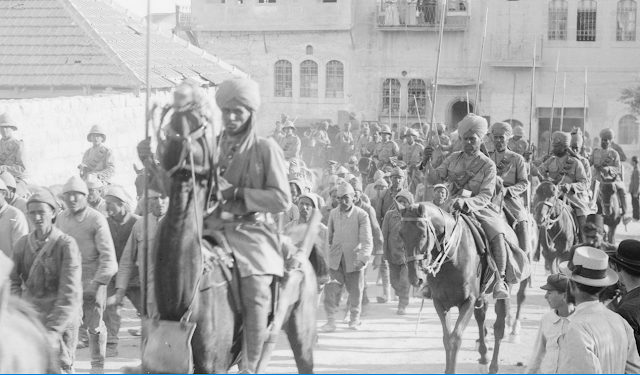 Remembering the Indian Soldiers Who Helped Liberate Jerusalem 100 Years Ago
Posted: 08 Aug 2017
A version of this article appeared in the Jerusalem Post on July 5, 2017

Welcome Indian Prime Minister Narendra Modi, and thank you for the sacrifices made by your country’s soldiers who saved the Jews of the Land of Israel 100 years ago and eventually led to the Jewish state’s creation.

An idyllic fenced park is located in the middle of the Talpiot neighborhood in Jerusalem, just a four-minute Waze-directed detour from Hebron Road. This cemetery, which I visited for the first time last week, is the burial site for 79 Indian soldiers who died here fighting for the liberation of Jerusalem in 1917. Another cemetery for the Indian soldiers is in Haifa. 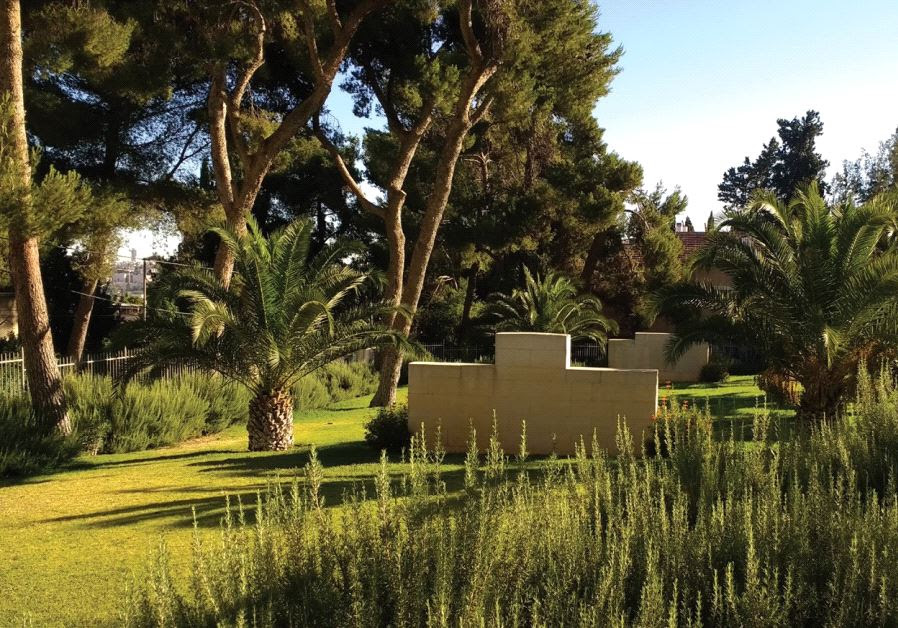 Cemetery in the Talpiot neighborhood of Jerusalem for fallen Indian soldiers

More than one million Indian troops fought with the British Army in WWI, at the Western front in Europe, in Africa, Mesopotamia, and the Middle East. On the Sinai-Palestine front, 95,000 Indian combatants served; approximately 10 percent were killed. In the 1914-1918 period, they fought the Turkish-German armies at Gallipoli, the Suez Canal, through the Sinai and Palestine and finally Damascus, with crucial battles in Gaza, Jerusalem, Jaffa, Haifa, Nablus and Megiddo.

The Indian soldiers joined other troops in the Sinai-Palestine campaign from Australia, New Zealand, the West Indies, as well as the Jewish Legion. These auxiliary forces relieved British troops badly needed on the Western front in Europe.

The Indian troops served in the cavalry, camel corps, infantry and logistics units. A large number were Muslims, and the Turks attempted to weaken their resolve with religious appeals. Except for a few cases, the Turkish propaganda failed. The importance of Muslim soldiers was understood by the British commander Edmund Allenby. After capturing Jerusalem, he cabled to London, “The Mosque of Omar and the area round it has been placed under Moslem control, and a Military cordon, composed of Indian Mahomedan officers and soldiers, has been established round the Mosque. Guards have been established at Bethlehem and on Rachel’s Tomb. The Tomb of Hebron has been placed under exclusive Moslem control.”

Allenby’s respect for the Indian soldiers can be seen in his receiving their salute as they marched past him outside of Jaffa Gate in Jerusalem on December 11, 1917, when Allenby entered the city. 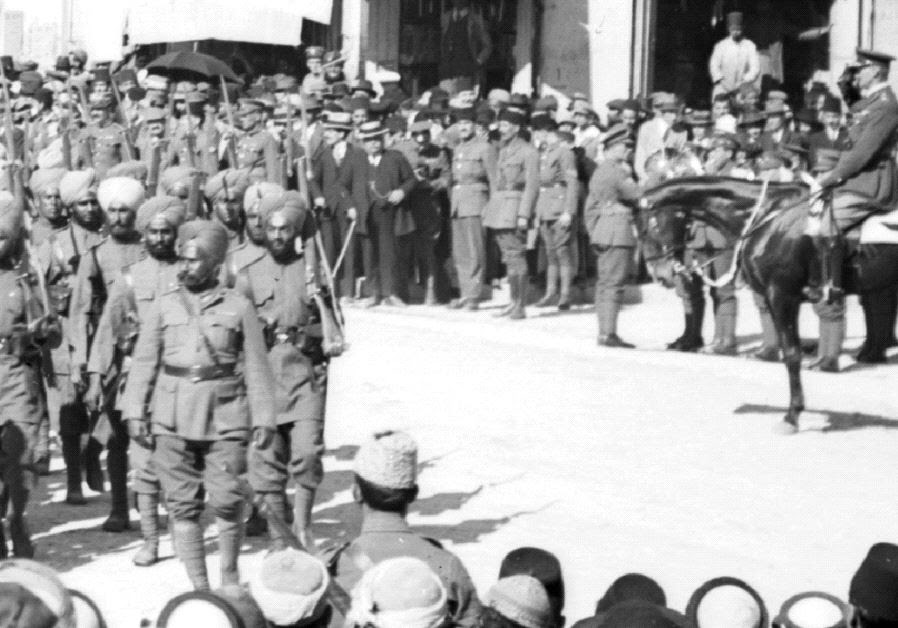 General Allenby on his horse saluting the Indian troops outside of Jerusalem’s Jaffa Gate on December 11, 1917 (Library of Congress)

The war ended in 1918, but British and Indian troops remained to police the British Mandate and put down Arab disturbances. Their photographs can be found in the Library of Congress’ American Colony collection, the British Imperial War Museum and other archives. 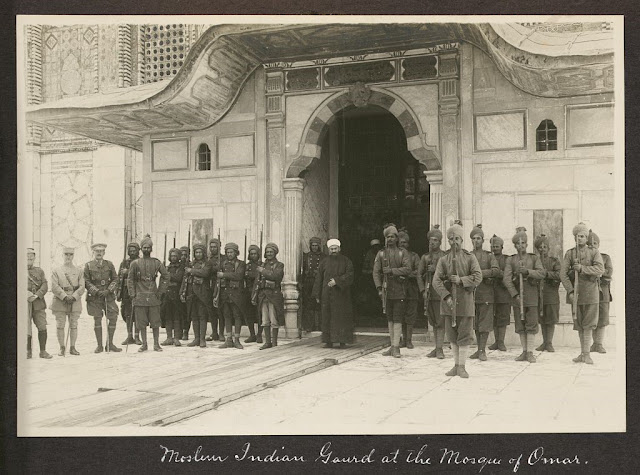 Muslim Indian soldiers (on the right) guarding the Dome of the Rock on the Temple Mount. On the left is believed to be a contingent of Algerian soldiers from the French army. (Library of Congress, 1917)

After capturing Jerusalem and Gaza, the British Army, supported by Indian and ANZAC troops, advanced to the north, eventually taking Damascus on October 1, 1928. A key battle was at Megiddo in September 1918, in what may have been the last great cavalry charge in military history. 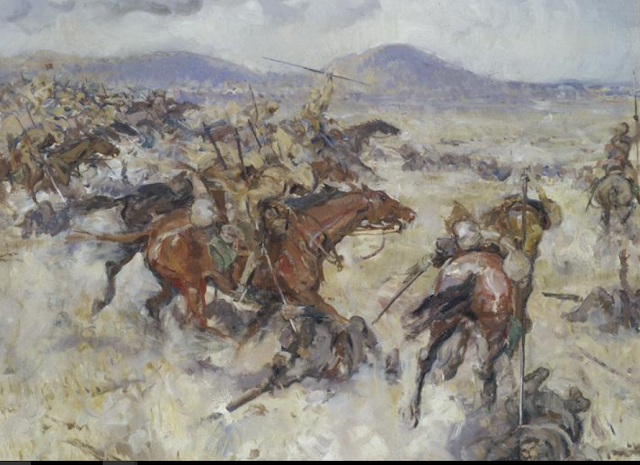 Later this year, a large Australian delegation will visit Israel to commemorate the 100th anniversary of the gallant ANZAC capture of Beersheba, which opened the way for the liberation of Jerusalem weeks later.