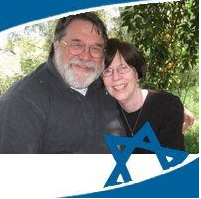 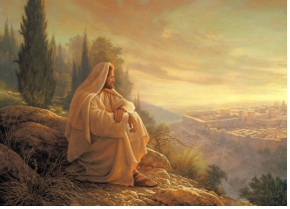 Tisha B’Av is an annual fast day in Judaism which commemorates the anniversary of a number of disasters in Jewish history, primarily the destruction of both the First Temple by the Babylonians and the Second Temple by the Romans in Jerusalem.
There is a long list of calamities over the course of Jewish history including the Crusades, expulsion from many countries, the start of WWI, approval for the ‘Final Solution’ and even the modern day expulsion from Gush Katif.
Baseless Hatred- Sinat Chinam– the sages say, is the reason for the destruction of the second Temple. Many stories are given about unjust treatment of each other even hateful acts done toward fellow Jews. These are given as examples of ‘baseless’ hatred and thereby the cause for the Shekinah departing from Jerusalem.
The long list of tragedies is horrific, and Tisha B’Av is considered the saddest day on the Jewish calendar, but I propose there was once a much more horrific day in our history. A time when the Sinat Chinam was so far out of control that it alone was the cause of the removal of the Temple. And it’s continuing practice resulting in continuing trauma.
King David wrote as a prophet these words, telling not only of his own suffering but of The One who would come: Those who hate me without reason outnumber the hairs of my head; many are my enemies without cause, those who seek to destroy me. Psalm 69:4
Years later, the Messiah Y’shua would quote this scripture as He was the fulfillment of these very words: “If I had not done among them the works no one else did, they would not be guilty of sin. As it is, they have seen, and yet they have hated both me and my Father. But this is to fulfill what is written in their Law: ‘They hated me without reason’.”  John 15:24,25
But He also knew that He was the embodiment of Isaiah 53, “He is despised and rejected of men; a man of sorrows, and acquainted with grief: and we hid as it were our faces from him; he was despised, and we esteemed him not.” Isaiah 53:3
How broken-hearted he must have been- the sheep rejecting, despising their Shepherd.
We read The Messiah’s Lament:
And when he drew near and saw the city, he wept over it, saying, “Would that you, even you, had known on this day the things that make for peace! But now they are hidden from your eyes. For the days will come upon you, when your enemies will set up a barricade around you and surround you and hem you in on every side and tear you down to the ground, you and your children within you. And they will not leave one stone upon another in you, because you did not know the time of your visitation.” Luke 19:41-44
The saddest day in Jewish history was not the destruction of the Temple- which Y’shua knew was coming. The saddest day was when we did not know the time of our visitation! We not only missed His ‘visitation’ we went further. Instead of embracing our Messiah we cried ‘Crucify Him!’ THAT was the saddest day in Jewish history.
What is the solution to this heart-breaking, baseless hatred of Y’shua that is continued to this day? Our people fast and pray and repent almost equally as on Yom Kippur. Repent of baseless hatred. Make vows to ‘do better’ in mitzvot and ahavat Yisrael  (good works and love of fellow Jews). But is that enough?
Y’shua himself gave the answer to the undoing of this grievous sin:
O Jerusalem, Jerusalem, the city that kills the prophets and stones those who are sent to it! How often would I have gathered your children together as a hen gathers her brood under her wings, and you were not willing! 38 See, your house is left to you desolate. 39 For I tell you, you will not see me again, until you say, ‘Blessed is he who comes in the name of the Lord.’” Matt 23 37-39
And what will cause our people to cry out in such a surrendered manner? Certainly not man-made righteousness.
“And I will pour out on the house of David and the inhabitants of Jerusalem a spirit of grace and supplication. They will look on me, the one they have pierced, and they will mourn for him as one mourns for an only child, and grieve bitterly for him as one grieves for a firstborn son.” Zechariah 12:10
Only when this happens will we cry out  ברוך הבא בשם יהוה
Baruch Haba b’Shem Adonai.
May it be in our day to see this come to pass.
עד כמה פעמים חפצי לקבץ, לקבץאת בניך כאשר תקבץ תרנגולת את אפרוחיה תחת כנפיה ירושלים, ירושלים
Editor’s Note: Tisha B’Av in 2017 begins at sundown July 31 and ends at sunset Aug. 1. 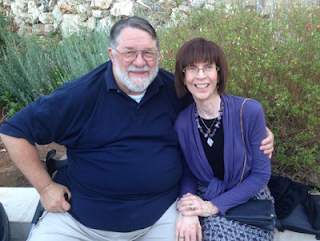 Nissim & Hadassah
Jerusalem, Israel
Hadassah and Nissim, her accountant husband, live in a settlement just outside Jerusalem with their dog Molly. After making Aliyah (immigrating) from the U.S. with their five children in 1989, they are now semi-retired and open their home to guests and those wishing to make Aliyah. When not busy with their 16 ‘GrandWonders’, they enjoy a quiet life of study, prayer and learning to serve the LORD.
07.17.31 #5
Love For His People, Inc. founded in 2010 by Steve & Laurie Martin. Charlotte, NC USA