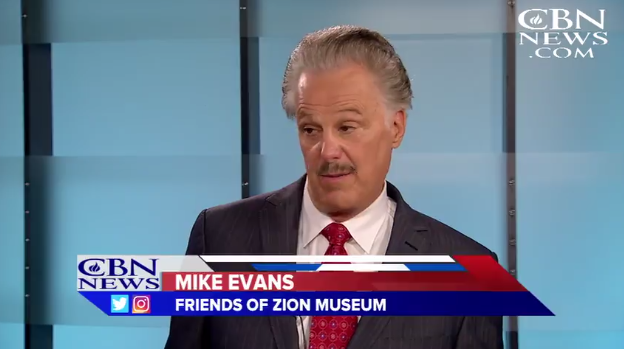 07-30-2017
CBN News
Dr. Michael Evans, a leading evangelical expert on Israel, believes that “spiritual warfare,” is at the core of the recent Temple Mount conflict.
“This (the Temple Mount) is where Satan said, ‘I will exalt myself above the most high, I will sit on the mount of congregations on the side of the north,’” Evans told CBN News, citing Isaiah 14:13. “That’s the Temple Mount.”
“It’s spiritual warfare, and for believers, it needs to cause us to look up,” he added. “We need to see this as a sign of the time because the birth of Israel, the restoration of the Hebrew language, the reuniting of Jerusalem – all of this is a fulfillment of prophecy, but there’s a war going on… between darkness and light.”
The violence over the Temple Mount began after two Israeli security guards were killed there recently after a terrorist attack.
Israeli security forces then installed metal detectors around the Temple Mount.
But Palestinian leaders criticized that move, saying the Israelis were encroaching on a “Holy Site.” Tensions rose, and in the following riots and protests that erupted, at least three Palestinians were killed, and dozens injured.
Subsequently, Israeli authorities replaced the metal detectors with security cameras.
Evans says this incident proves how much Israel needs to maintain strong security.
“You have terrorists hiding weapons in the Temple Mount, taking the weapons and killing police officers,” he said. “That small thing is going to cause such an uproar? What would happen if Israel was weakened?”
He also believes President Trump’s administration is supporting Israel and handling the situation there “well.” Evans emphasized the president is “very pro-Israel,” and that “he loves the Jewish people, and he’s going to be a blessing.” 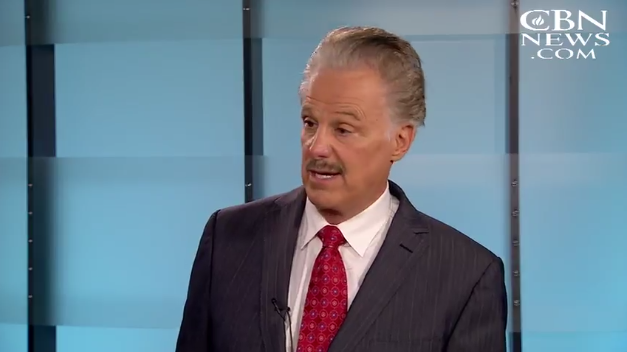 “He’ll go down as probably the greatest president for the state of Israel,” he added.
He maintains President Trump is open to evangelicals as well. He recently got to pray over him along with other evangelical leaders in the Oval Office.
“I’ve been with presidents since Reagan… but no president has had ministers of the gospel pray over him, and lay hands over him in the Oval Office,” Evans said. “He wanted that.”
“This president really is authentic about believers,” he added. “He feels extremely strong that evangelical Bible believers gave him the presidency… He gives the credit to the believers and God.”
Evans is one of several top Christian advisors for the president, and serves on the President Trump’s Evangelical Advisory Board.
“He’s listening to us, and we’ve been with him even back before the campaign started, and we had some ‘come to Jesus’ meetings.”
He says that evangelical leaders have a strong influence on the president.
Evans claims President Trump’s openness with them allows them to have vital input on issues ranging from “prison reform to you-name-it.”
“They’re allowing us inside,” he said. “They’re giving us a voice inside the White house and it’s unique. It never happened before with any president.”
Evans is the founder of the Zion Heritage Center in Jerusalem. It’s a museum and headquarters for celebrating the Jewish people and those who have defended them. 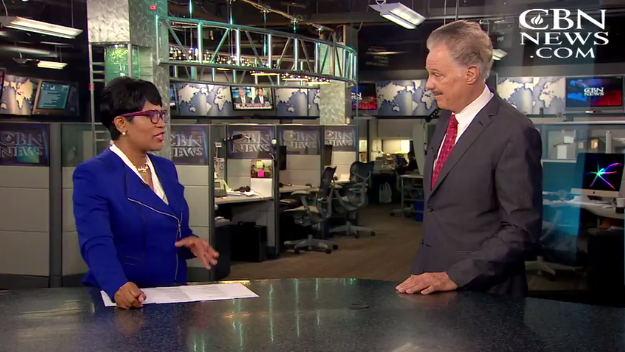 And the Center is growing. They’ll be adding on a communication center, a research institute and a think tank.
“It’s social network, Silicon Valley hub to link the millennials in the world, to activate them and educate them,” Evans said.
While you are here…
We’d like to ask for your help. At CBN News, we strive to bring you the most current, pertinent and reliable news possible. We are able to bring you this important news from a Christian perspective because of the help of friends like you who know how vital it is to have an alternative to the news you hear from major media outlets.
Would you help ensure that we can continue to provide this important service to you and our country by considering a special gift today? Or would you become a monthly partner so we know we can count on the resources we need to bring you the best news possible?
Thanks for being a part of the dynamic future of CBN News, as well as helping The Christian Broadcasting Network share the love of Jesus with hurting people everywhere.