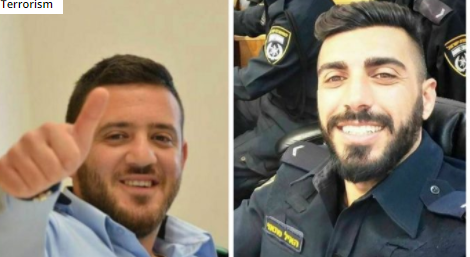 Slain Border Policemen Haeel Satawi (R) and Kamil Shnaan (L). The two were killed in the line of duty in the
Temple Mount terror attack on July 14, 2017

A terror attack on the Temple Mount in the Old City of Jerusalem’s has left multiple dead and wounded. The attack happened at 7:12 AM on Friday.
Four Border Policemen were shot and wounded by the terrorists.

Two of the policemen are in critical condition (and have since died). A third is moderately wounded and another is lightly wounded.