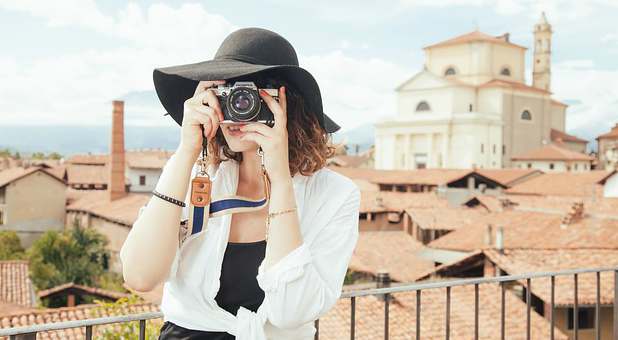 7/13/2017 CBN NEWS
Despite the bad press Israel often receives, people are flocking to the Jewish state. Not only were April and June record-breaking months for Israel’s tourism industry, during the first six months of the year, 1.7 million tourists arrived, 26 percent more visitors than during the same period last year.
June saw a whopping 76-percent increase in tourists from China, the Central Bureau of Statistics reported. Russia followed with a 30-percent increase and American tourists rose by 20 percent.
Overall, June saw a 28.4-percent increase over last year, with 303,000 tourists arriving as Israel celebrated the 50th anniversary of the Six-Day War, which saw Jerusalem reunited under Jewish sovereignty for the first time in two millennia.
In honor of that special anniversary, CBN Documentaries premiered In Our Hands: The Battle for Jerusalem, both in the U.S. and Israel. It’s now available on DVD.
Israeli Tourism Minister Yariv Levin said a lot of hard work behind the scenes produced the record-breaking statistics.
“Our policy continues to prove itself and to bear fruit and we can see that the right marketing strategy can bring Israel to new heights,” Levin said. “We are implementing marketing activities and innovative processes to brand Israel and to bring new airlines and new routes into Israel, and all this activity proves itself, month after month.”
With more than $9.4 billion in revenues since January, Levin said the tourism sector is making an “exceptional contribution” to the overall economy and to the broad spectrum of Israelis who make a living in hotels, restaurants and shops that cater to visitors.
“I am convinced that, with the correct activities, we will see continue to see good results in the coming months,” he said.
The increases reflect the Tourism Ministry‘s efforts to help visitors get the most out of their visit to the country.

The ministry’s website provides a broad spectrum of useful information, including the GoIsrael app that tourists can use throughout the country.

And despite a summer heat wave with temperatures in the 90s, more than 10,000 athletes are taking part in the 20th Maccabiah Games throughout Israel. It’s the third biggest sports competition of its kind worldwide, often referred to as the Jewish Olympics.

Copyright The Christian Broadcasting Network, Inc., All rights reserved.
Readers are Leaders! Subscribe now and get 3 magazines for the price of 1. Get Charisma, Ministry Today and SpiritLed Woman all for $24. YES – Sign me up!
3 Reasons Why you should read Life in the Spirit. 1) Get to know the Holy Spirit. 2) Learn to enter God’s presence 3) Hear God’s voice clearly! Click here to draw closer to God!
Love For His People, Inc. founded in 2010 by Steve & Laurie Martin. Charlotte, NC USA