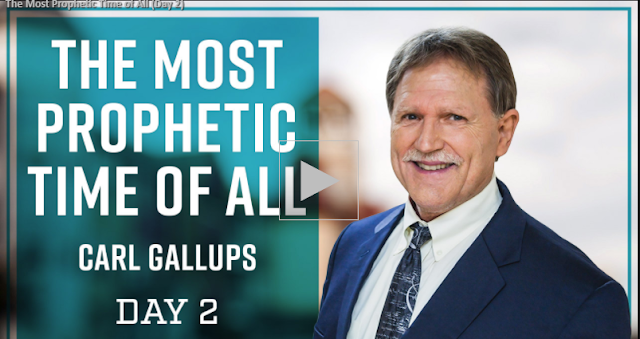 Watch here: The Most Prophetic Time of All (Day 2) – Carl Gallups on The Jim Bakker Show 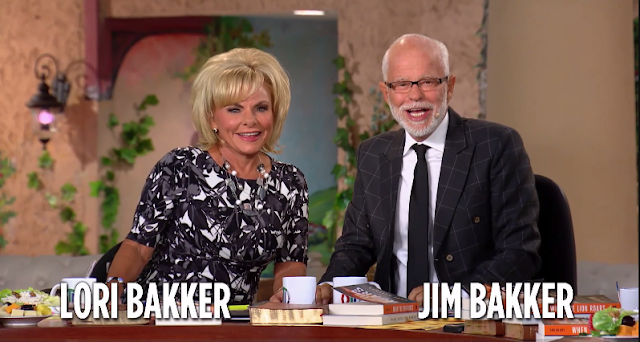 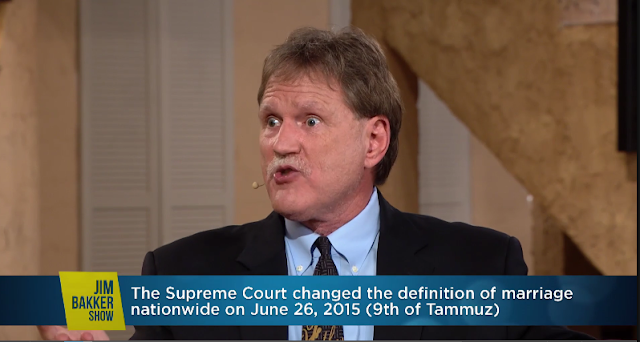 Where was/is the Christian outrage? 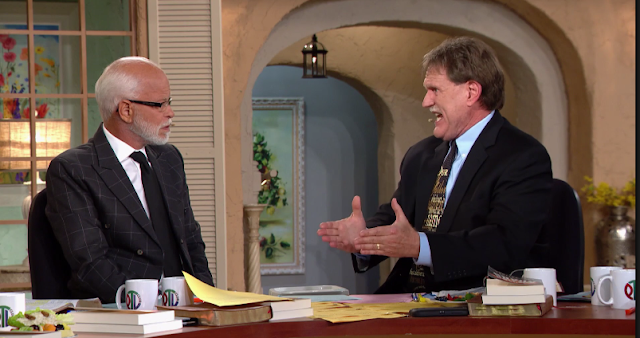 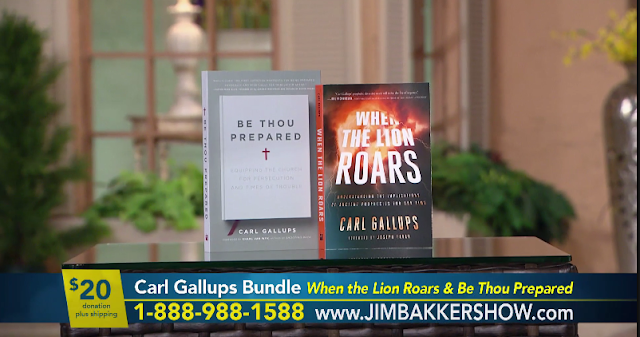 Pastor Jim and Lori discuss the times we live in and how they are the most prophetic the world has seen. With special guest Carl Gallups.

Where is all the hate leveled right now? The church, America, Israel. It is demonic, it is spiritual. -Carl Gallups
Scripture

Romans 13:11-12 NIV Furthermore, knowing the time, now is the moment to awake from sleep. For now our salvation is nearer than when we believed. The night is far spent, the day is at hand. Therefore let us take off the works of darkness and put on the armor of light.

Revelation 12:12 NIV Therefore rejoice, O heavens, and you who dwell in them! Woe unto the inhabitants of the earth and the sea! For the devil has come down to you in great wrath, because he knows that his time is short.

1 Timothy 6:10 KJV For the love of money is the root of all evil: which while some coveted after, they have erred from the faith, and pierced themselves through with many sorrows.

Luke 6:24 KJV But woe unto you that are rich! for ye have received your consolation.

Luke 6:24 NIV But woe to you who are rich, for you have already received your comfort.

Romans 1:28 KJV And even as they did not like to retain God in their knowledge, God gave them over to a reprobate mind, to do those things which are not convenient.

Matthew 24:6 MEV You will hear of wars and rumors of wars. See that you are not troubled. For all these things must happen, but the end is not yet.

2 Timothy 1:7 KJV For God hath not given us the spirit of fear; but of power, and of love, and of a sound mind.

2 Thessalonians 2:11 KJV And for this cause God shall send them strong delusion, that they should believe a lie.

Isaiah 17:3 KJV The fortress also shall cease from Ephraim, and the kingdom from Damascus, and the remnant of Syria: they shall be as the glory of the children of Israel, saith the Lord of hosts.

Matthew 5:13 KJV Ye are the salt of the earth: but if the salt have lost his savour, wherewith shall it be salted? it is thenceforth good for nothing, but to be cast out, and to be trodden under foot of men.

Nunes: No collusion between Trump and Russians -Politico

U.S. Wary of Its New Neighbor in Djibouti: A Chinese Naval Base -The New York Times

Why The Church Must Speak Now! (Day 2)

Pastor Jim and Lori Bakker discuss why it is important for the church to stand and speak up now, with special guest Pastor Carl Gallups. Quotes I believe we, as Christians, should have the right to stand up against the fact when they take the crosses off buildings, and they’re taking…

Russia, Israel, and More Signs of the Times (Day 1)

Pastor Jim and Lori Bakker talk about the signs of the times we are witnessing in 2017. With special guests Carl Gallups and Michael Snyder. Quotes There is coming a generation, there is coming a time when this world will succumb to the globalist agenda for at least 7 years.…