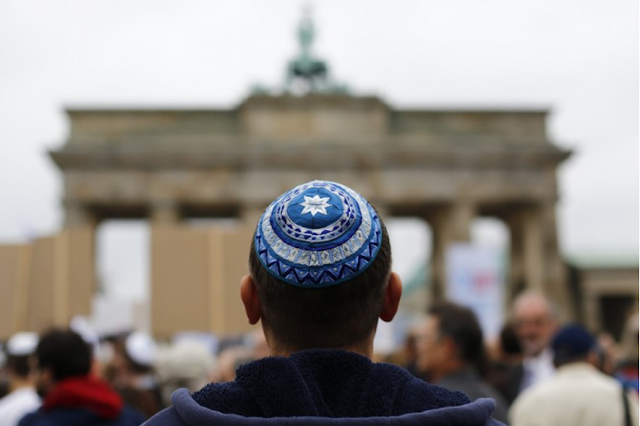 Speaking at the 100th anniversary of the Augsburg synagogue, the president noted that while most Germans stand against antisemitism, a growing trend of anti-Jewish hatred is being spread on social media, in part due to some Muslim immigrant groups.

provocation,” he said, noting the trend is growing across Europe.

Despite this, however, Steinmeier noted that, in comparison to France,

Germany’s Jews are staying put, rather than immigrating to Israel.
He affirmed his hope that Germany “can once again be the home of which
the Jews were robbed.”
Recommended by The president, who visited Israel during his tenure as foreign minister, was

joined by German and Israeli notables – including Israeli ambassador
Yaacov-David Hadas Handelsmann and Chairman Josef Shuster of the
Central Council of Jews in Germany – for the anniversary celebration.
Augsburg’s synagogue was the only one in Bavaria, a southern German state,
to have survived the destruction by the Nazis.

in the Bundestag, the lower house of Germany’s parliament, Shuster has
called on the government to appoint a commissioner to address widespread
antisemitism in the country. The report found that anti-Jewish sentiments
were noted at all levels of German society, particularly on social media.
Love For His People, Inc. founded in 2010 by Steve & Laurie Martin. Charlotte, NC USA