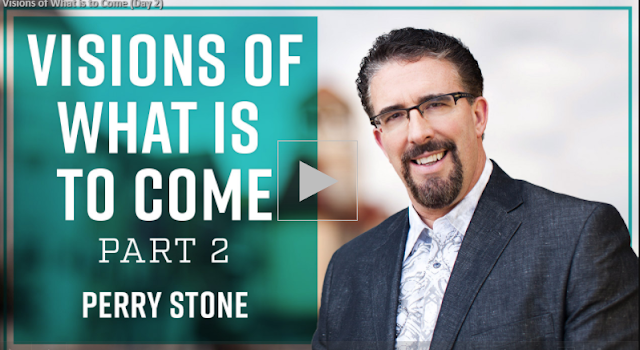 Watch here: Visions of What Is To Come (Day 2) – Perry Stone on The Jim Bakker Show 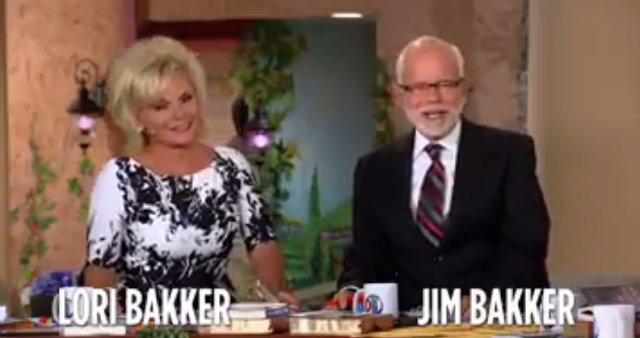 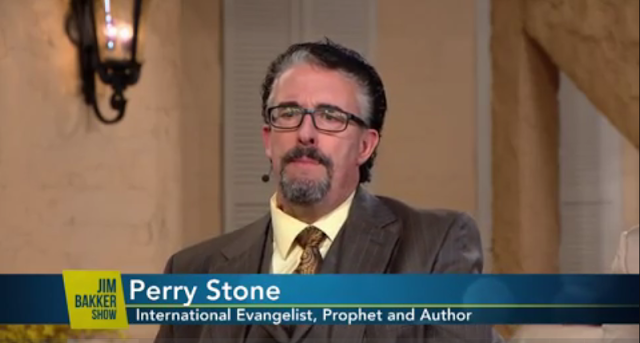 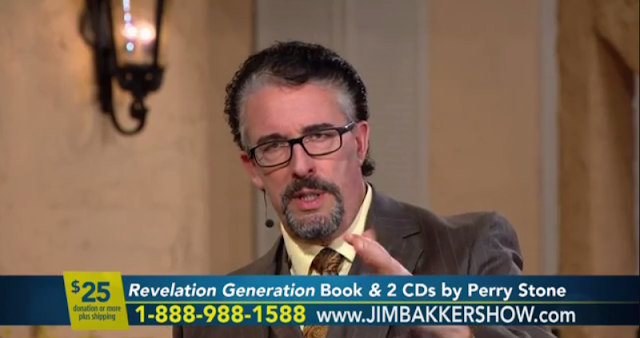 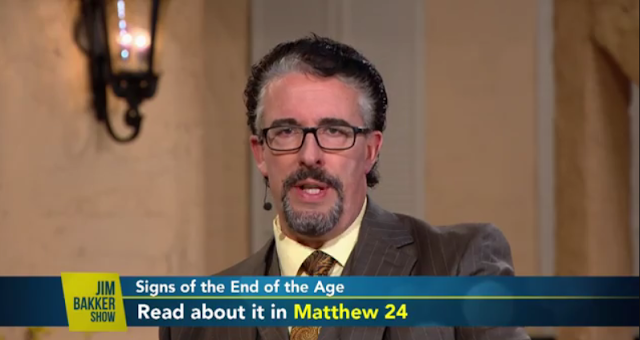 Special guest Perry Stone shares the visions and messages which God has delivered him with Pastor Jim and Lori.

You have to show love even in unlovable times when people are not returning love back. Because Jesus said they’re going to know you by that. -Perry Stone

Christians are good at talking but not praying. We’ve got to have prayer. We really do. -Perry Stone

Galatians 6:7 MEV Be not deceived. God is not mocked. For whatever a man sows, that will he also reap.

Luke 21:22 MEV For these are the days of vengeance, that all things which are written may be fulfilled.

Jeremiah 20:9 MEV But if I say, “I will not make mention of Him nor speak any more in His name,” then His word was in my heart as a burning fire shut up in my bones; and I was weary of forbearing it, and I could not endure it.

Ephesians 5:27 MEV And that He might present to Himself a glorious church, not having spot, or wrinkle, or any such thing, but that it should be holy and without blemish.

Revelation 6:2 KJV And I saw, and behold a white horse: and he that sat on him had a bow; and a crown was given unto him: and he went forth conquering, and to conquer.

Revelation 6:4 KJV And there went out another horse that was red: and power was given to him that sat thereon to take peace from the earth, and that they should kill one another: and there was given unto him a great sword.

Psalm 95:10 MEV For forty years I loathed that generation and said, “They are a people who go astray in their heart, and they have not known My ways.”

Psalm 90:10 MEV The years of our life are seventy, and if by reason of strength eighty; yet their length is toil and sorrow, for they soon end, and we fly away.

Matthew 24:34 MEV Truly I say to you, this generation will not pass away until all these things take place.

Matthew 23:30 MEV And say, ‘If we lived in the days of our fathers, we would not have partaken with them in shedding the blood of the prophets.’

Acts 2:45 MEV They sold their property and goods and distributed them to all, according to their need.

Matthew 23:36 MEV Truly I say to you, all these things will come on this generation.

Hebrews 13:5 MEV Let your lives be without love of money, and be content with the things you have. For He has said: “I will never leave you, nor forsake you.”

John 13:35 KJV By this shall all men know that ye are my disciples, if ye have love one to another.

Psalm 118:24 MEV This is the day that the Lord has made; we will rejoice and be glad in it.

Matthew 24:37 MEV As were the days of Noah, so will be the coming of the Son of Man.

Genesis 19:4-5 MEV Before they lay down, the men of the city, the men of Sodom, both old and young, all the people from every quarter, surrounded the house. They then called to Lot and said to him, “Where are the men who came to you tonight? Bring them out to us, so that we may have relations with them.”

Genesis 19:7 MEV Then he said, “Please, my brothers, do not act so wickedly.

Genesis 19:9 MEV But they replied, “Stand back!” Also, they said, “This man came here as an alien, and he keeps acting like a judge. We will deal worse with you than with them.” So they pressed hard against Lot, and came close to breaking down the door.

Genesis 19:12 MEV Then the men said to Lot, “Have you anyone else here? Sons-in-law, sons, daughters, or anyone you have in the city, take them out of this place!

Genesis 19:16 MEV And while he lingered, the men took hold of his and his wife’s hands, along with the hands of his two daughters, the Lord being merciful to him, and brought him out and set him outside the city.

1 Kings 18:46 KJV And the hand of the Lord was on Elijah; and he girded up his loins, and ran before Ahab to the entrance of Jezreel.

Job 1:10 KJV Hast not thou made an hedge about him, and about his house, and about all that he hath on every side? thou hast blessed the work of his hands, and his substance is increased in the land.

Job 1:12 KJV And the Lord said unto Satan, Behold, all that he hath is in thy power; only upon himself put not forth thine hand. So Satan went forth from the presence of the Lord.

Luke 10:19 KJV Behold, I give unto you power to tread on serpents and scorpions, and over all the power of the enemy: and nothing shall by any means hurt you.

Acts 4:37 KJV Having land, sold it, and brought the money, and laid it at the apostles’ feet.

Acts 5:19 KJV But the angel of the Lord by night opened the prison doors, and brought them forth, and said.

Romans 8:22 KJV For we know that the whole creation groaneth and travaileth in pain together until now.

Revelation 20:4 MEV I saw thrones, and they sat on them, and the authority to judge was given to them. And I saw the souls of those who had been beheaded for their witness of Jesus and for the word of God. They had not worshipped the beast or his image, and had not received his mark on their foreheads or on their hands. They came to life and reigned with Christ for a thousand years.

Acts 21:13 KJV Then Paul answered, What mean ye to weep and to break mine heart? for I am ready not to be bound only, but also to die at Jerusalem for the name of the Lord Jesus.
Headlines

Pat Schatzline discusses the rising of the remnant in the final days, with Pastor Jim and Lori Bakker. Quotes We’re about to see the rise of the unqualified remnant that will stand for truth. – Pat Schatzline Revival is in the land. God is about to do something. It is harvest…

Jim and Lori Bakker discuss with Michael Snyder the current state of the world and how it relates to biblical prophecy foretelling the Rapture and return of Jesus Christ. Scripture Matthew 24:29-30 KJV Immediately after the tribulation of those days shall the sun be darkened, and the moon shall not…