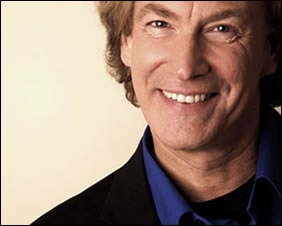 V’Ahavata – Marty Goetz
(with lyrics)
“You Shall Love the Lord Your God”
Published on Jul 14, 2014
Copyright 1986 Singin’ in the Reign Music/ASCAP 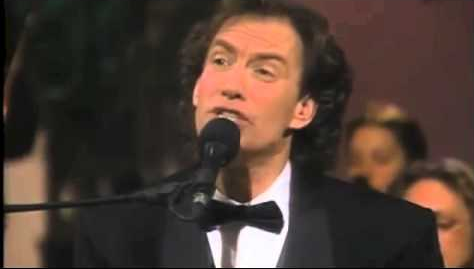 Marty Goetz has been called a modern day psalmist. His songs are scriptures beautifully set to music, leaving listeners spiritually moved, inspired and educated. With melodic and fresh acoustical/classic arrangements, Marty Goetz has the ability to lead you into a place of true intimacy with God.
In 1965, when thirteen year-old MARTY GOETZ stood at the bimah of Cleveland’s Temple on the Heights for his Bar-mitzvah and solemnly sang the ancient words of the Torah, no one — least of all Marty — could have envisioned that some twenty years later he would be singing to God, this time as a featured performer at Billy Graham’s Rally in Central Park.
As half of ‘Bert & Marty’, he sang at clubs and dinner theaters around Pittsburgh while studying English at Carnegie Mellon University. There was even a non-singing guest appearance on ‘Mister Rogers’ as Smokey Bear.
After graduation, he and Bert set out for New York City, determined, as Marty remembers, ‘to give it two weeks to become a star or I’d go back to Cleveland and the family furniture business.’ Just one week later, Marty and Bert found themselves performing at hotels in the Catskill Mountains. At the end of the summer they were named ‘Best New Act of 1974’.
Then Bert found Jesus. Horrified at his partner’s born again experience, Marty broke up the act and returned to New York City. He worked steadily as a songwriter and cabaret entertainer until 1978, when he shifted his ambitions from Broadway to Pop and moved to Los Angeles.
Provoked by the increasing numbers of born-agains in his life, he began reading the Bible, ‘looking for loopholes’. A few short weeks later, sitting alone one night on a friend’s balcony, looking down on the lights of Sunset Boulevard, he realized with certainty that ‘the Jesus of the New Testament was the Messiah my people have been longing for’.
Within a year, Marty began performing with Debby Boone and soon began to establish himself as a strong and passionate voice for Messianic believers within the church.
He has ministered before congregations as diverse as Jack Hayford’s Church on the Way, Greg Laurie’s Harvest Christian Fellowship and Harvest Crusades, Coral Gables Presbyterian, Chicago’s Moody Church, David Wilkerson’s Times Square Church. Ministries such as Focus on the Family, Insight For Living, TBN, Promise Keepers, Billy Graham Training Center/The Cove and CBN have invited Marty to come and share his musical gifts and talents.
Marty has been recording music steadily since 1985, and today lives outside of Nashville, Tennessee with his wife Jennifer. They recently celebrated the marriage of their one and only daughter, Misha Goetz to Joshua Hoyt. A wonderful young man!
For more information contact:
Marty Goetz Ministries, Inc.
martygoetz@earthlink.net
615-661-4564

Want to hear the latest scoop on Marty?
See our recent Newsletter!