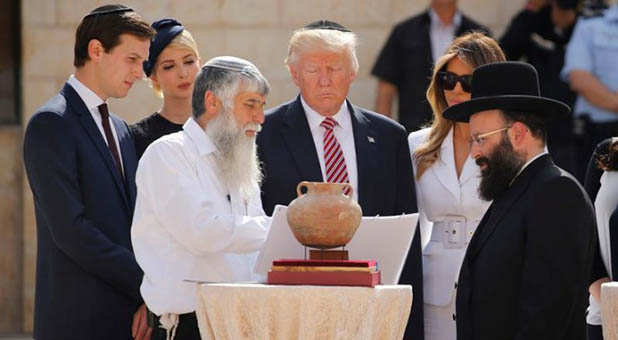 6/14/2017 DENNIS PRAGER  CHARISMA NEWS
As I document in my book, “Still the Best Hope: Why the World Needs American Values to Triumph,” which is an explanation of Americanism, leftism, and Islamism, hysteria is a major tactic of the left.
If you think about it, there is never an extended period of time—one year, let’s say—during which society is not engulfed by a hysteria induced by the left.
The mother of them all is global warming, or “climate change,” as the left has come to call it (because the warming was not quite enough to induce widespread panic).
Hysterics like billionaires Al Gore and Tom Steyer, along with virtually all the Western news media, warn us that the existence of life on Earth is threatened by carbon emissions.
But in its longevity, global warming is almost unique among left-wing hysterias. In general, left-wing hysterias last for much less time, from a few months to a year or two.
And when they end—because the hysteria is widely recognized as fraudulent—they’re immediately dropped and completely forgotten. The left never pays a price for its hysteria.
Take, for example, the hysteria the left created by charging President Donald Trump’s election with the unleashing of unprecedented amounts of anti-Semitism and racism in America.
Being attuned to the left’s use of hysteria, I knew it was hysteria at the time. In the March 7 issue of the Jewish Journal, I wrote a column titled “There Is No Wave of Trump-Induced Anti-Semitism or Racism.”
It was all a lie. That’s why you hardly hear anything now about an alleged wave of racism or anti-Semitism in the country.
What rankles those who have a passion for justice is that the mendacious fomenters of the hysteria have gotten away with it.
So, as a Jew who understands how much damage left-wing Jews have done to the real fight against anti-Semitism, some of these people are worth mentioning.
Perhaps the individual who most spread the lie of Trump-induced anti-Semitism was a previously unknown man named Steven Goldstein, executive director of the previously unknown Anne Frank Center for Mutual Respect in New York.
They became famous for a few months when the media had to trot out a Jew with an official title—and no Jewish title is as sacrosanct as one with the name Anne Frank on it.
Goldstein has publicly commented on “the cancer of anti-Semitism that has infected his own administration.” He said: “Make no mistake: The anti-Semitism coming out of this administration is the worst we have ever seen from any administration.”
And he said to Trump, “The most vicious anti-Semites in America are looking at you and your administration as a nationalistic movement granting them permission to attack Jews, Jewish institutions, and sacred Jewish sites.”
Almost as hysterical about anti-Semitism in America was Jonathan Greenblatt, the CEO of a considerably more significant Jewish institution, the Anti-Defamation League, or ADL.
As reported by the Israeli newspaper Haaretz in December:
Anti-Semitic rhetoric in the United States has reached levels unprecedented since 1930s Germany, Anti-Defamation League CEO Jonathan Greenblatt warned a gathering of Israeli lawmakers in Jerusalem on Monday.
“Anti-Semitism has wound its way into mainstream conversations in a manner that many Jews who lived through Nazi Germany find terrifying,” he said at the Knesset meeting, which was convened to discuss the plight of American Jewry under the incoming Trump administration.
(Note Haaretz’s inflammatory description, “the plight of American Jewry under the incoming Trump administration,” made six weeks before there was a Trump administration.)
Aside from fomenting hysteria about an almost nonexistent outbreak of anti-Semitism, all Greenblatt’s allusion to Nazi Germany did was diminish the evil of Nazism and the Holocaust.
In December, Greenblatt told NPR, “We found it so deeply problematic when some of the images and some of the rhetoric seemed to evoke longstanding anti-Semitic conspiracies.”
And Greenblatt repeated this charge in February in an op-ed he wrote for The Washington Post. He said:
Trump could have said he condemns anti-Semitism and takes incidents, such as the dozens of threats made to Jewish Community Centers, seriously. But instead, he lashed out against those asking the question. …
Last year, we watched as the Trump campaign repeatedly tweeted and shared anti-Semitic imagery and language, allowing this poison to move from the margins into the mainstream of the public conversation.
Well, guess what. It turned out that Trump was entirely right: There was no eruption of anti-Semitism in America, let alone one emanating from the White House. Furthermore, “those asking the question” did indeed deserve to be “lashed out” against.
And why aren’t we hearing any more about Trump-induced anti-Semitism in America?
Because law enforcement officials reported that a disturbed Israeli-American Jewish teenager in Israel was the source of nearly all the threats against Jewish community centers—and that a handful of other threats to them came from an angry, obsessive black radical trying to frame an ex-girlfriend.
Will any of those who spread the lie and hysteria about Trump-induced anti-Semitism now apologize?
I wrote the answer to that question about 35 years ago: “Being on the left means never have to say, ‘I’m sorry.'”
But the greatest lesson is this: Next time the left gets hysterical, just assume the hysteria is fraudulent. There has been no exception to this rule in my lifetime.
And that includes the hysteria about Trump campaign “collusion” with Russia.
Dennis Prager is a nationally syndicated radio show host and creator of PragerUniversity.com.
This article was originally published at DailySignal.com. Used with permission.