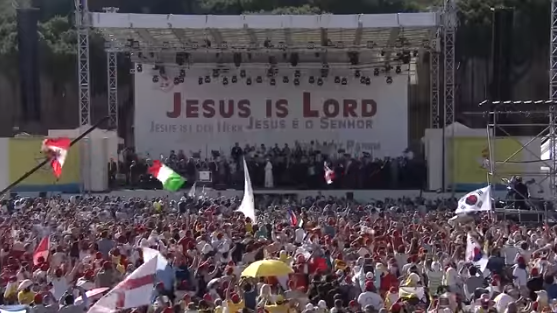 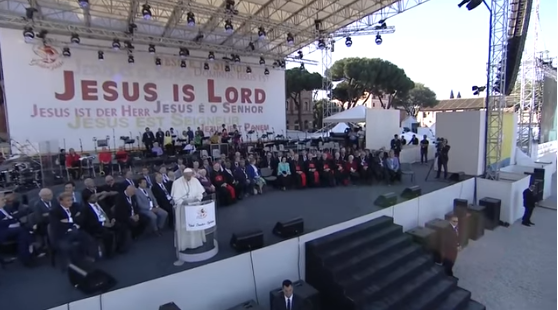 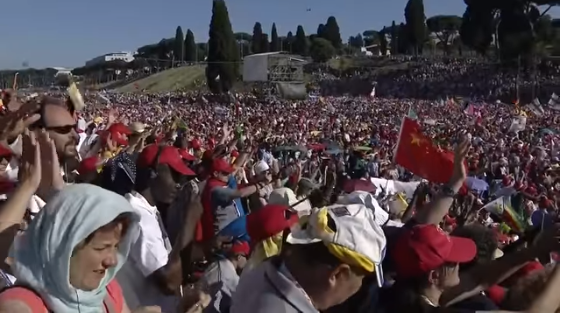 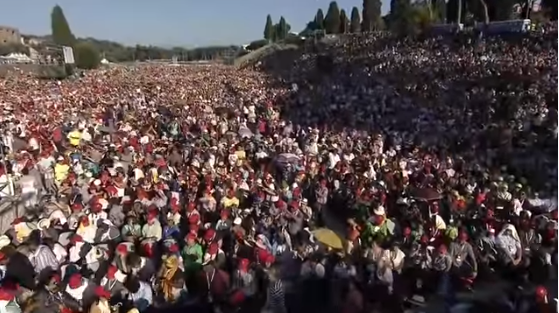 Join us on our podcast each weekday for an interesting story, well told, from Charisma News. Listen at charismapodcastnetwork.com.
Catholics, Pentecostals and evangelicals gathered May 31 – June 4 in Rome to celebrate the Golden Jubilee of the move of the Holy Spirit in the Catholic church in 1967. Visitors from 130 nations were expected to attend as were 30,000 people from Italy.
“As every work of the Spirit leads to unity in diversity, the Holy Spirit wanted it to be ecumenical,” Pope Francis declared in the Pentecostal vigil on Saturday, June 3, at the famed Circus Maximus.
The pope invited those involved in the renewal to remain faithful to the words of Christ in John 17, saying, “It is Jesus Himself who prays the Father for our unity, so that the world may believe that you have sent me.”
Pastor Glenn Burris, president of The Foursquare Church, was invited to participate in the celebration of the renewal that happened when the Holy Spirit visited the Catholic community at Duquesne University in Pittsburgh.
“It didn’t seem as much a celebration of what happened 50 years as maybe a call for a fresh Pentecost,” Burris told Charisma News in a phone call from Rome.
“I heard unity. I heard gifts of the Spirit. I heard contending for new tongues. I heard contending for evangelism and the harvest,” Burris added. “And while it may not have been said this distinctly, I think tying Pentecost to the fact that God sent the Holy Spirit during the Feast of the Pentecost, which is also referred to the Feast of the Harvest, somehow God has always linked Pentecost to harvest, so since it was Pentecost Sunday, or that was the next day, I think that’s why the event was scheduled around that particular time, I think there was an intentional link to a coming of Pentecost but also a pursuit of harvest in these last days.”
Pastor Burris also enjoyed the worship at the Golden Jubilee.
“What was really pretty unique and just kind of fun was to hear a lot of songs that we sing in either Pentecost or evangelical circles like ‘Shout to the Lord,'” he said. “And they sang ‘Majesty,’ which I think was a powerful time, and then ‘Holy Spirit, Come’ and just a number of songs that I thought were powerful.”
Burris noted how historic the event was, taking place in the crossroads of nations in Rome.
“God flipped this city and nation upside down with the gospel,” he said. “Here we are sitting in the very area where Christians were martyred. Now in the same dirt we are lifting our hands and worshipping the Lord, so centuries ago, God just flipped the script and brought Christianity.”
Gary Wiggins, pastor of Evangel Temple Assembly of God in Jacksonville, Florida, was also present for the Golden Jubilee.
“We worshipped with the pope two hours,” Wiggins told Charisma Media founder and CEO Steve Strang. “[We] prayed in tongues, sang and prophesied. Truly the Holy Spirit is moving.”