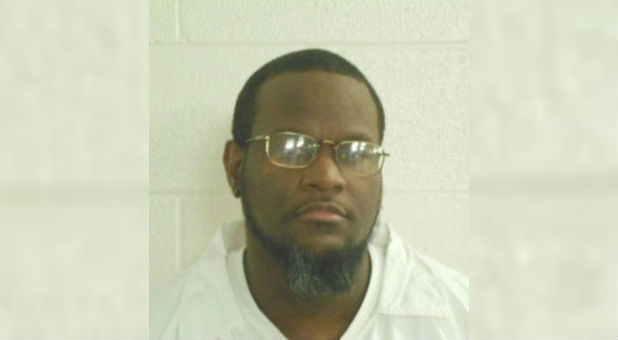 4:00PM EDT 5/16/2017 JESSILYN JUSTICE  CHARISMA NEWS
Join us on our podcast each weekday for an interesting story, well told, from Charisma News. Listen at charismapodcastnetwork.com.
He went into prison as a murderer. He left as Minister Kenneth D. Williams, child of God.
Williams was executed in late April in Arkansas’ string of executions before one of the drugs used for the lethal injection cocktail expired.
Before his death, he found the peace and love of Jesus Christ while in prison. But the seeds were planted while he was on trial for killing cheerleader Dominique Hurd.
“Mrs. Williams (No relation to me) but the mother of the late 19-year-old Dominique Hurd, whom I senselessly murdered, took the stand having suffered great loss, and she shared these words: ‘I forgive Kenneth Williams. My daughter Dominique ‘Nikki’ Hurd was a forgiven person.’ She said, ‘I do not wish for him to be put to death. His death won’t bring my daughter back.’ She went on to say, ‘I pray that before Kenneth Williams leaves this world he will give his heart to Jesus,'” Williams wrote before his death.
The post, and dozens more, is shared on a public Facebook page dedicated to remembering Williams.
At the time of his death, Williams completed multiple courses through Crossroads Bible Institute, including a Master’s degree in Religion from Universal Life Church.
“That marvelous light that shined forth that day out of Mrs.Williams acted as a planted seed into the soil of my life. Years later, it would yield something special and God’s bread,” Williams said.
In the weeks leading up to his execution, Williams sat on death row and rifled through handwritten notes begging him to come to Jesus. Little did the senders know, he already did.
“I’ve been stabilized and sustained by the inner peace and forgiveness I’ve received through a relationship with Jesus Christ,” Williams wrote as part of the Marshall Project.
He continues:

Oh boy, do the letters come pouring in after an execution date has been set! During mail call, I receive more mail than ever before about the well-being of my soul. Do you know God? Have you accepted Jesus Christ as lord of your life? If you don’t repent before you die you will go to hell. They send typed letters, handwritten letters, cards, books, etc.Most of these materials are destined for the trash. Where were they all those years, when I was sitting on death row, when I might have embraced what they had to offer? I see them as opportunists, who want to brag to their friends about how they tried to win my soul.

At this point, an individual has already made his peace with God, or hasn’t.

On the day of his clemency hearing, Williams apologized to his victims’ families and explained how Jesus changed his life. After more than a decade in prison, Williams was an ordained minister.
“I don’t invoke the name of God and Jesus to get out of a death sentence,” Williams said. “Again, not to sound arrogant, but whether or not you grant me clemency is fine with me.”
He continued: “A good tree cannot bear bad fruit. From the day of my conversion to my present day, please judge me by my fruit. Are they good, or are they bad?”
The board denied his clemency, and Williams was later put to death.
But not before he decided to let his final words be a prayer, said through speaking in tongues.
“Tongues are made mention of in the Bible: 1 Corinthians chapter 14. If it be my fate to die on an execution table shaped like a crucifixion cross, my last words here on earth will be spoken to God above while the ADC and the State of Arkansas work to put my body to death beneath,” Williams said