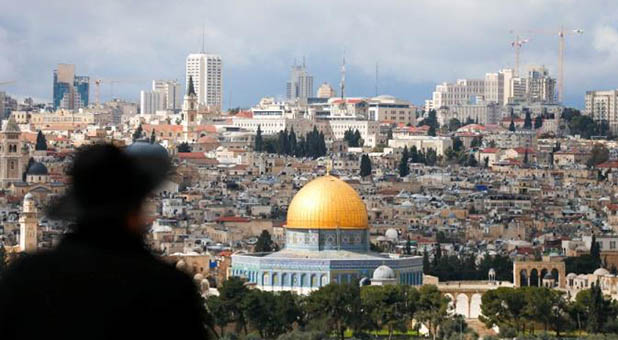 Lawmakers to Department of State: Jerusalem Is a Part of Israel

5/8/2017 JNS.ORG
Dozens of members of Congress signed a letter urging Secretary of State Rex Tillerson to reverse the longstanding U.S. policy of not allowing Americans to list Jerusalem as part of Israel on the birthplace section in passports.
“We write to urge you to revise the State Department’s policy regarding the birthplace designation on passports and consular reports of birth abroad for American citizens born in Jerusalem,” 52 lawmakers, led by Rep. Ron DeSantis (R.-Fla.), wrote to Tillerson this week, the Washington Free Beacon reported.
“Under the current policy, Americans born in Jerusalem have no country of birth listed on these documents; they are identified only as having been born in Jerusalem,” the lawmakers wrote. “We ask that you change the policy to permit Jerusalem-born Americans to have ‘Israel’ listed as their birthplace.”
In the letter, the delegation noted a 2002 law passed by Congress that requires the State Department to record “Israel” as a Jerusalem-born citizen’s birthplace on their passport. Yet the administrations of Presidents George W. Bush and Barack Obama did not implement the law, arguing that designating Jerusalem as part of Israel would interfere with the U.S. being an honest broker in Israeli-Palestinian negotiations.
In 2015, the U.S. Supreme Court struck down the congressional law, arguing it would interfere with the president’s power in dictating foreign policy. In this week’s letter, lawmakers said a new policy “would not contravene the Supreme Court’s decision.”
“This is an important opportunity for the executive [branch] to unite with Congress and speak with one voice regarding the birthplace designations on the passports of Americans born in Jerusalem,” the lawmakers wrote.

This article was originally published at JNS.org. Used with permission.
Leaders are readers! Subscribe now and get 3 magazines for the price of 1. Get Ministry Today, Charisma and SpiritLed Woman all for $24. YES – Sign me up!
3 Reasons Why you should read Life in the Spirit. 1) Get to know the Holy Spirit. 2) Learn to enter God’s presence 3) Hear God’s voice clearly! Click Here to draw closer to God!
Love For His People, Inc. founded in 2010 by Steve & Laurie Martin. Charlotte, NC USA