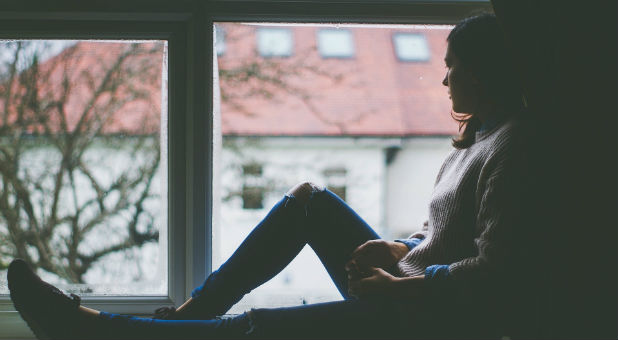 The No. 1 Reason Depression Is on the Rise

5/5/2017 MICHAEL SNYDER  CHARISMA NEWS
Do you ever feel like you have been completely abandoned by the world? Do you struggle with feelings of loneliness, isolation and depression? If so, you are far from alone. Thanks to technology, Americans are more isolated than they have been ever before, and as you will see below, this is really starting to cause a major national crisis.
Humans were designed to be social creatures, and researchers have found that a lack of interaction with others can cause major mental, emotional and social problems. Not only that, it can also lead to premature death. We actually have a need to love others and to be loved by them, and if those needs are not met, the consequences can be quite dramatic.
Unfortunately, our society has evolved to the point where we hardly interact with one another anymore. First of all, the size of the average household has declined from about 4.5 people to about 2.5 people over the past 100 years, and we lead the world in the number of one person households.
So for most of us, the number of people that we interact with in our homes is quite limited.
For children, at least there is quite a bit of interaction with others at school, but once you become an adult, things are very different.
Most adults get up in the morning and drive by themselves to work. Even if you take mass transportation, it is very rare to actually have a meaningful discussion with anyone. I remember the days when I would take the Metro into Washington, D.C., every morning, and most of the time, there was complete silence even though the trains were usually completely packed during rush hour. Most people would either close their eyes, read a book or spend the entire trip staring into their phones.
I have to say that cellphones have probably done more to damage real human interaction than almost any other invention in human history. So many people just walk around like zombies obsessively staring into their little phones while life goes on all around them. And it is the worst with young people. For some of them, it is virtually impossible to get them to put those things down long enough to have a real conversation with them.
Once most Americans get to their places of employment, there is some human interaction, but it is generally limited to topics related to work. Yes, people can build some very deep and meaningful relationships at work, but these days, that is fairly rare.
At the end of the day, most people get back into their vehicles and head home. Perhaps a stop is made for a quick shopping trip, but randomly engaging other shoppers in conversation is not something that is typically done.
In the evenings, the vast majority of us spend several hours staring into our flickering television sets, consuming whatever “entertainment” the corporate media giants have concocted for us. Like the cellphone, the television has been one of the worst things to ever happen to human interaction. In the old days, families would sit out on their front porches and get to know their neighbors, but these days a lot of people don’t know their neighbors at all.
What I am trying to point out is that we have become a deeply lonely nation, and some are describing this as “a public health crisis.”

Truly, a public health crisis is in the making. Transcending all demographics, loneliness is an epidemic which is literally killing us.
After 35 years of multiple studies, Brigham Young University researchers have found that loneliness and isolation increase the likelihood of premature death by 32 percent (on par with the risk of obesity). In our ever “connected” world of the internet and social media, reaching out to someone is as easy as tapping a few buttons, but the amount of people that say they have no one to talk to has tripled in the last 20 years.

In addition to greatly increasing your risk of dying early, loneliness has a whole host of other negative health effects as well.

I don’t know what all of that means, but it sounds really bad.
Sometimes I wish that scientists would just speak to us in plain English.
Loneliness is particularly chronic among the elderly. The following comes from the New York Times:

“The profound effects of loneliness on health and independence are a critical public health problem,” said Dr. Carla M. Perissinotto, a geriatrician at the University of California, San Francisco. “It is no longer medically or ethically acceptable to ignore older adults who feel lonely and marginalized.”
In Britain and the United States, roughly one in three people older than 65 live alone, and in the United States, half of those older than 85 live alone. Studies in both countries show the prevalence of loneliness among people older than 60 ranging from 10 percent to 46 percent.

If you have a parent or a grandparent that is living alone, please visit them on a regular basis.
You may never know how much it means to them.
Of course loneliness is a big problem on the other end of the age spectrum as well. The following comes from U.S. News & World Report:

Those numbers are absolutely staggering. Because so many of us are feeling so lonely and so isolated, it should come as no surprise that depression is at epidemic levels in this country.
In fact, the number of Americans who have been formally diagnosed with depression is increasing at a rate of about 20 percent a year, and at this moment approximately one out of every six Americans is on an anti-depressant or some other sort of psychiatric drug.
According to the New York Times, more than 30 million Americans are currently taking antidepressants, and each year more than 250 million prescriptions for antidepressants are issued.
As technology takes over our lives, the trends I have discussed in this article will likely accelerate even more, and our need for real human interaction will become even greater.
So make it a point to reach out and love those around you, because our world is becoming a very cold place.