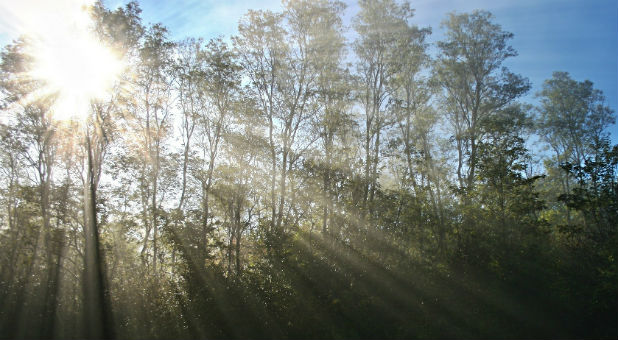 5/2/2017 DAN WOODING/ASSIST NEWS SERVICE
Join us on our podcast each weekday for an interesting story, well told, from Charisma News. Listen at charismapodcastnetwork.com.
Nabil* and his family were refugees and had recently settled in a small apartment that happened to be near a Christian named Greg. Nabil found work at the lowest rung of the income ladder, as a manual laborer.
But one day Nabil suffered a severe ankle injury that kept him off the job. Greg began visiting Nabil’s apartment regularly to help him rehabilitate, according to a report by Frontiers.
But after months of therapy and rest, Nabil’s ankle was still so swollen that he could only take a few tentative steps across the apartment. It seemed it would take several more months before he would be pain-free and able to return to his demanding physical work.
But one day Greg called Nabil and was surprised by an urgency in Nabil’s voice. “Greg, I need to see you immediately! Come over now and bring your Bible.”
When Greg entered the apartment, Nabil didn’t even say hello. “A man in white came to me in a vision and told me to get a Bible,” he gushed.
Greg suddenly noticed his friend walking limp-free. “What’s happened to your ankle?” he asked.
“A man in white healed it,” Nabil said. A few nights earlier, this man in white appeared to him in a dream and led him into a beautiful garden-like paradise. At the entrance to the garden, the man told him that he must read the Bible and that it would lead him to life, according to Frontiers.
“Then I told the man about my injured ankle. He laid his hands on it, and it was healed.”
Nabil watched as the Christ-like figure blessed each of his children. His 1-year old son, born with a genetic condition, came forward. The man laid his hand on the boy and said to Nabil, “I will heal your son, he will be well.”
When Nabil woke up, he touched his ankle and knew it was healed. He went to his son and was amazed to see a difference in his appearance. Within three days, the 1-year old began crawling, standing, and speaking words for the first time.
Greg listened to Nabil’s story with wonder. The two men began to praise the Great Physician, Jesus, the God who heals.
The next day Greg went back to Nabil’s apartment and gave him a Bible. He reported the heavenly messenger appeared to him a second time!
“The light came to me again last night with a message!” In this remarkable dream he was told, “A great sign—a beautiful message—is coming to you tomorrow. The sign is so great that it must be shared all over the world and with every person.”
“Greg, what is the sign?” Nabil asked. “You have it, don’t you?”
Greg pointed to the Bible. “The message is here. Jesus is the sign. Jesus sets us free from sin to give us new life. Let’s read it together, Nabil.”
As a result of the two powerful dreams, the Word and the Spirit touched Nabil, he was born again and is growing in his new faith with Greg’s help.

This article originally appeared on Assist News Service.
Leaders are readers! Subscribe now and get 3 magazines for the price of 1. Get Ministry Today, Charisma and SpiritLed Woman all for $24. YES – Sign me up!
3 Reasons Why you should read Life in the Spirit. 1) Get to know the Holy Spirit. 2) Learn to enter God’s presence 3) Hear God’s voice clearly! Click Here to draw closer to God!
Love For His People, Inc. founded in 2010 by Steve & Laurie Martin. Charlotte, NC USA