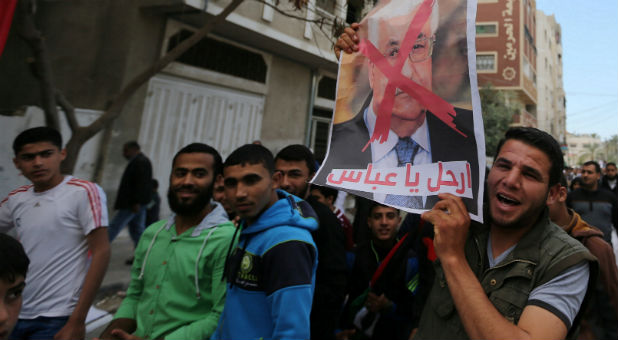 Does Israel Need to Prepare for Another War With Hamas This Summer?
April 21, 2017 JNN  CHARISMA NEWS

Israel Construction and Housing Minister Yoav Gallant on Sunday morning, April 16, 2017, said there will be no choice other than to enter another war with Hamas.

He warned Israelis to prepare for such a conflict during the coming summer. Why does the Hamas terrorist organization, which rules the Gaza Strip, keep engaging Israel in hopeless wars every few years?
Part of the answer perhaps lies in the word hudna. It is an Arabic expression often translated as “cease-fire”, which has little to do with establishing peace with one’s neighbor. Historically it was a strategy which allowed the party declaring the hudna to regroup and rearm, while the enemy was off guard.
The term comes from the story of the Muslim conquest of Mecca. Unable to carry off an immediate victory, Muhammad made a 10-year treaty with the Kuraysh tribe. In A.D. 628, after only two years of the “10-year treaty,” Muhammad and his forces reasoned the Kuraysh were too weak to resist. The Muslims broke the truce and took over all of Mecca without opposition.
According to Umdat as-Salik, a medieval summary of Shafi’i jurisprudence: “If Muslims are weak, a truce may be made for ten years if necessary, for the Prophet (Allah bless him and give him peace) made a truce with the Kuraysh for that long, as is related by Abu Dawud.” (‘Umdat as-Salik, o9.16).
The condition for Muslims making a truce with its enemy is weakness. Hamas is weak and always looking for ways to regroup and once again become strong to the detriment of Israel.
Terrorist leaders reigning in Gaza admittedly are not looking for peace with the Jewish state—rather, to destroy it. Even an extended “cease-fire” means only time enough to dig new terrorist tunnels and build up the arsenals against Israel—all in preparation to again shoot themselves in the foot and stumble around for the next half-decade.

This article originally appeared at visionforisrael.com.
Leaders are readers! Subscribe now and get 3 magazines for the price of 1. Get Ministry Today, Charisma and SpiritLed Woman all for $24. YES – Sign me up!
3 Reasons Why you should read Life in the Spirit. 1) Get to know the Holy Spirit. 2) Learn to enter God’s presence 3) Hear God’s voice clearly! Click Here to draw closer to God!
Did you enjoy this blog? Click here to receive it by email.
Love For His People, Inc. founded in 2010 by Steve & Laurie Martin. Charlotte, NC USA