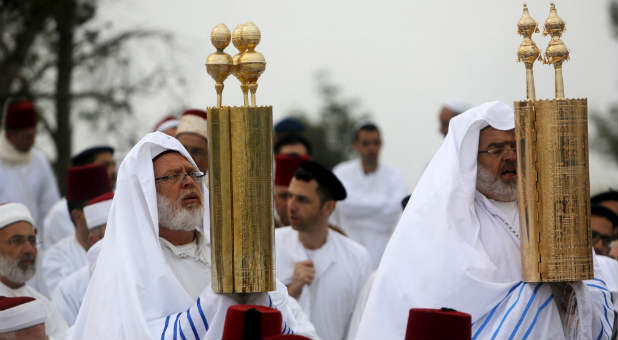 “When the hour had come, He and the twelve apostles with Him sat down. And He said to them, “I have earnestly desired to eat this Passover with you before I suffer. For I tell you, I will never eat it again until it is fulfilled in the kingdom of God” (Luke 22:14-16).
In the first part of this series, we reviewed the basic understanding of Passover. We also discussed the powerful revelation Jesus gave us at his last Passover on planet earth. He said that it would not be fulfilled until the Kingdom of God. There is a fascinating prophecy in Jeremiah 23:1-8 that helps us unlock the puzzle. I have included an excerpt from verses 5-8.

Just before and during the return of Jesus Christ to rule and reign on planet earth, the children of Israel and Judah who are scattered across the world will return back to the land. It will be so great that in the kingdom of God we will not discuss the Exodus from Egypt. Instead, we will discuss this final return from captivity.
There are parallels between the Exodus from Egypt and the coming return from captivity. For instance, 10 plagues struck Egypt. The first three hit Egyptians and Israelites alike. The last seven only were poured out on the Egyptians. In Rev. 18:4-6, an event that happens just before the return of Jesus, the people of God are commanded to leave Babylon and not share in her plagues. This refers to the seven plagues of God’s Wrath found in Revelation 16.
A couple of weeks ago, we reported on the Ethiopian Jews who are returning back to the land. The prophecy in Jeremiah specifically mentions a return from the north. Just two years ago, Benjamin Netanyahu called for ‘mass immigration’ of European Jews to Israel. Just last year, a report was released detailing how many Jewish people in France are moving to Israel. We are seeing some Jewish people return now. Many more will return home.
As we remember the Passover season this year, let us remember the Lamb that was slain. But also, let us not forget the Lion that is returning to bring Passover to its full meaning.

Kelly McDonald Jr. is an ordained evangelist at Hungry Hearts Ministries in Jackson, Tennessee. He has written over 40 books and booklets on pursing Christ, Hebrew roots and end-times prophecy. He is currently president of the Bible Sabbath Association (BSA). You can follow him at: kellymcdonaldjr.com.
Leaders are readers! Subscribe now and get 3 magazines for the price of 1. Get Ministry Today, Charisma and SpiritLed Woman all for $24. YES – Sign me up!
3 Reasons Why you should read Life in the Spirit. 1) Get to know the Holy Spirit. 2) Learn to enter God’s presence 3) Hear God’s voice clearly! Click Here to draw closer to God!
Did you enjoy this blog? Click here to receive it by email.
Love For His People, Inc. founded in 2010 by Steve & Laurie Martin. Charlotte, NC USA