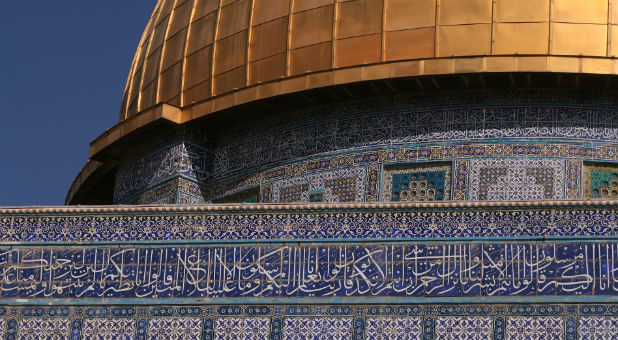 A Sign of the End Times? Jerusalem Now Has Some Money for the Third Temple

4/5/2017 JESSILYN JUSTICE  CHARISMA NEWS
Join us on our podcast each weekday for an interesting story, well told, from Charisma News. Listen at charismapodcastnetwork.com.
The prophesied third temple may be on its way to fulfillment now that the Temple Heritage Foundation was granted a budget toward restoration.
Though the United Nations considers the Temple Mount a Muslim holy site, Jewish politicians petitioned and were granted a small budget to go toward “research, information and advocacy” for the Jewish connection to the Temple Mount.
Some believe the newly added $550,000 budget for the Temple Mount Heritage Foundation could move Jerusalem toward a fulfilled prophecy.
“After many long months, I am pleased that our efforts have finally produced fruit. This is a good time, and thank God it has finally arrived, albeit 50 years late (actually 2,000 years late). The Israeli government has recognized that the Temple Mount is our national site,” prayer advocate MK Yehudah Glick told Breaking Israel News.
In Ezekiel, the prophet describes a vision where God reveals the details of a restored temple.
He prophesied:

In the visions of God He brought me into the land of Israel and set me upon a very high mountain, on which was as the frame of a city on the south. He brought me there, and there was a man whose appearance was like the appearance of bronze, with a line of flax and a measuring reed in his hand. And he stood in the gate. The man said to me, “Son of man, look with your eyes, and hear with your ears, and set your heart on all that I shall show you. For you have been brought here to show it to you. Declare all that you see to the house of Israel” (Ezek. 40:2-4).