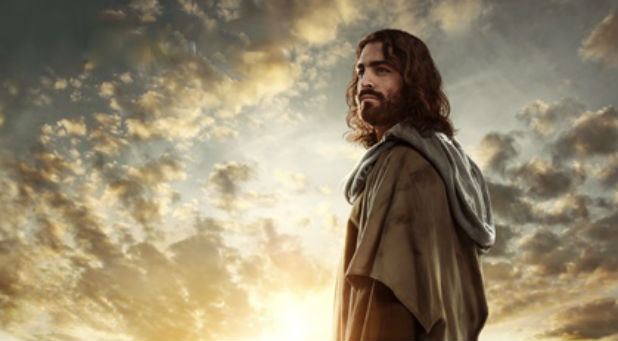 Does CNN’s ‘Finding Jesus’ Tell the Truth About our Savior?

3/27/2017 RUSTY WRIGH/ASSIST NEWS SERVICE   CHARISMA NEWS
Join us on the new C-Pop podcast where Taylor and Jessilyn discuss, debate and sometimes deride pop culture with a strong sense of humor and a focus on Christ. Listen at charismapodcastnetwork.com.
Have you ever lied about a relationship to protect yourself?  Or told close friends you didn’t believe them … about something really important?  Maybe you can identify with Peter or Thomas, subjects of the two remaining episodes in CNN’s second season of Finding Jesus: Faith, Fact, Forgery.
“The Bones of St. Peter” airs on April 2; “Doubting Thomas” on April 9.  Each of these two followers of Jesus had their signature flaw.  Each deserted the one they called “Lord.”  Once restored, each followed Him with fervor.
Curious about these two?  Here’s a short primer that may facilitate your understanding of the CNN programs.
Fishermen Become “Fishers of Men”
Andrew, a fisherman, introduced his brother Peter to Jesus.  As they spent time together, Jesus eventually challenged the brothers plus James and John (also brothers and fishermen) to leave their trade and become “fishers of men.”  Peter, James and John became Jesus’ closest friends.  Traveling with him, they saw him teach, feed hungry people, heal the sick, deal with opposition.
Impressed with Jesus, Peter later reflected, “He committed no sin, nor was deceit found in His mouth. When He was reviled, He did not revile back; when He suffered, He did not threaten, but He entrusted Himself to Him who judges righteously (1 Pet. 2: 21-23).
If your roommate says that about you, you must be something special. In fact, Peter (originally called Simon) was convinced Jesus was divine: “You are the Messiah,” he affirmed, “the Son of the living God.” Jesus commended this affirmation and named him Peter, meaning “Rock.”
Denial to Dedication
Peter promised Jesus on the night before his crucifixion that even if all others left, he would remain faithful.  Yet within hours, Peter had denied several times— twice to two servant girls—that he even knew Jesus.  Guilt-ridden, he wept bitterly.
Sunday morning, hearing Jesus’ tomb was empty, Peter ran there and entered it to confirm.  He later saw Jesus alive, realized he was forgiven, and accepted Jesus’ mandate to spread his message.  Emboldened by believing he had seen the resurrected Messiah, he pursued this vigorously, at great risk.  Tradition says he WAS eventually crucified in Rome.
Doubt to Dedication
We don’t know if Thomas was born skeptical or cultivated the skill.  Jesus’ biographers give us some glimpses of his attitudes.  When the disciples questioned the wisdom of returning to Judea amid threats to Jesus’ life, Thomas cynically counseled, “Let us go also, that we may die with Him” (John 11:16b).  After Jesus’ arrest, the disciples fled.  Only John and several women were brave enough to show up at the cross.
When the disciples later told Thomas they had seen Jesus alive again after he died, Thomas doubted: “Unless I see the nail prints in His hands, and put my finger in the nail prints, and put my hand in His side, I will not believe.” Eight days later, Jesus appeared to Thomas, inviting him to touch his wounds.  “My Lord and my God!” Thomas exclaimed.  Tradition says he took Jesus’ message to India, where he was martyred.
Resurrection Liars?
Flawed, failed, forgiven, faithful. Peter and Thomas gave their lives—literally—in Jesus’ service.  Cowards became heroes because they believed they had seen the resurrected Christ. Their martyrdom—and that of other disciples—argues loudly against the theory that Jesus’ disciples invented the resurrection story.  Someone might willingly die for a lie they believed to be true. If these men were lying about the resurrection, they were dying for what they knew was false.  That’s highly unlikely.
CNN’s series highlights Peter’s and Thomas’ lives, also examining whether Peter visited Rome and Thomas, India. Though such questions are interesting for church history, neither outcome affects New Testament reliability. These final two CNN episodes can stimulate thinking about these two influential historical figures.

Copyright © 2017 Rusty Wright. This article originally appeared on Assist News Service.
Leaders are readers! Subscribe now and get 3 magazines for the price of 1. Get Ministry Today, Charisma and SpiritLed Woman all for $24. YES – Sign me up!
3 Reasons Why you should read Life in the Spirit. 1) Get to know the Holy Spirit. 2) Learn to enter God’s presence 3) Hear God’s voice clearly! Click Here to draw closer to God!
Love For His People, Inc. founded in 2010 by Steve & Laurie Martin. Charlotte, NC USA