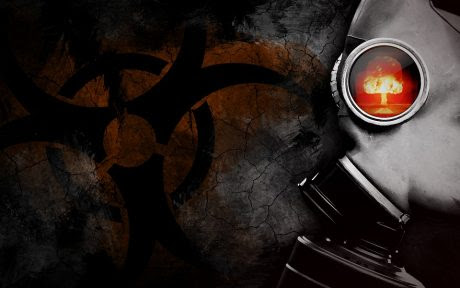 Thousands Of Americans Are Fleeing The Big Cities In Preparation For The Coming American Apocalypse
Posted: 26 Mar 2017   Michael Snyder  THE ECONOMIC COLLAPSE BLOG
Why are so many people suddenly moving away from major U.S. cities?  Recently, I wrote about the mass exodus that is happening out of the state of California, but the truth is that what is happening there is just part of a national phenomenon.  The populations of some of our largest cities are steadily shrinking, and many experts are completely mystified by the seismic demographic shifts that we are now witnessing.

Of course there are a whole host of reasons why people would want to move away from huge cities such as Chicago, Detroit, Baltimore and Cleveland.  For some families, it simply comes down to wanting a better life for their children.  But as you will see below, there are others that believe that things in this country are about to take an apocalyptic turn, and the big cities will not be a place that you want to be when economic collapse, rioting, looting, civil unrest and crime are all spiraling out of control.

According to data just released by the U.S. Census Bureau, Chicago took the prize for the biggest population loss from 2015 to 2016, and it was followed by Detroit and Baltimore…

The counties containing Chicago, Detroit and the independent city of Baltimore were the biggest population losers in the United States from 2015 to 2016, according to data released today by the Census Bureau.
Cook County, Ill., where Chicago is the county seat, had the largest population loss of any county in the country from 2015 and 2016.

Cook County alone had a “domestic migration” loss of more than 66,000 people.  That is a staggering number of people to lose in a single year.

Cleveland and Milwaukee were also very high on the list, and some are pointing out that all of these cities are in relatively colder climates and are all struggling economically.

So you certainly can’t blame people living in these cities for wanting to find somewhere warmer and more economically prosperous to live.

But others that are moving away from large cities are deeply concerned about where things are ultimately headed in this country.  It doesn’t take a genius to see that anger, frustration and hatred are rising all around us, and many believe that conditions are ripe for civil unrest and civil conflict.  In fact, best-selling author Doug Casey believes that we could soon see a “civil war” that is set off by a “financial collapse”…

Best-selling author Doug Casey wrote “Crisis Investing” at the time when the U.S. political landscape was transitioning from the Carter Administration to the Reagan Administration. Now, Casey sees a coming crisis that is equal or worse than the Civil War.  Casey explains, “In the U.S. right now, there seems to be so much antagonism it’s almost like pre-Civil War.  There is actually hatred in the U.S. at this point.  It used to be the Republicans and Democrats could disagree, but they could have a civil conversation about a difference of opinion.  Now, it’s active hatred between these two groups.  This is not going to end well.”
Casey thinks the coming financial collapse will be the trigger. Casey says, “It’s going to come down eventually.  I am worried about that, but we are in a situation where the country seem like it is just before a civil war.  It will be more serious than just a financial collapse, and it is likely to be set off by a financial collapse.”

Without a doubt, our financial system is certainly primed for a financial collapse, and when things get really, really bad in this country how will people respond?

Many have decided that they want to get away from the major population centers before we find out the answer to that question.

For example, not too long ago the Chicago Tribune ran a story about why so many preppers are moving to the Great Northwest.  One of the individuals profiled was an ex-resident of California named Trevor Treller who moved up to north Idaho prior to the recent election…

Trevor Treller, 44, who carries a small Smith & Wesson pistol on his hip, moved to north Idaho last year from Long Beach, California, and recently paid a little less than $400,000 for a defensible three-bedroom house on five wooded acres.
Treller, a sommelier at a local resort, said Obama was a key factor in his decision. He said the president has inflamed racial tensions in America, presided over a dangerous expansion of the national debt, been “hostile” to Second Amendment rights and failed to curtail the nuclear ambitions of North Korea and Iran.
Treller said any one of those factors could lead to crippling chaos, so he and his wife have laid in food, weapons and ammunition and are installing an iron gate across their long gravel driveway.

Of course it isn’t just ordinary Americans such as Treller that are deeply concerned about what is coming.

Less than a week ago, CNN ran an article entitled “Billionaire bunkers: How the 1% are preparing for the apocalypse“…

Many of the world’s elite, including hedge fund managers, sports stars and tech executives (Bill Gates is rumored to have bunkers at all his properties) have chosen to design their own secret shelters to house their families and staff.
Gary Lynch, general manager of Texas-based Rising S Company, says 2016 sales for their custom high-end underground bunkers grew 700% compared to 2015, while overall sales have grown 300% since the November US presidential election alone.

So why are Bill Gates and his billionaire friends so interested in buying luxury survival bunkers if everything is going to be just fine?

Can someone explain that one to me?

Everywhere you look, retail stores are closing and economic warning signs are flashing red, but those that sell survival bunkers to the elite are making tremendous amounts of money.
And I certainly wish that I could afford one of these survival bunkers, because they sound quite appealing…

One of those shelters, Vivos xPoint, is near the Black Hills of South Dakota, and consists of 575 military bunkers that served as an Army Munitions Depot until 1967.
Presently being converted into a facility that will accommodate about 5,000 people, the interiors of each bunker are outfitted by the owners at a cost of between $25,000 to $200,000 each. The price depends on whether they want a minimalist space or a home with high-end finishes.
The compound itself will be equipped with all the comforts of a small town, including a community theater, classrooms, hydroponic gardens, a medical clinic, a spa and a gym.

These elitists plan to ride out the coming American apocalypse in style while the world above them is literally going insane.

Meanwhile, most of the general population continues to be completely oblivious to what is about to happen to them, and so the events that are coming will close upon them suddenly like a trap and there will be no escape.

LIVE From My Board On The Sea Of Galilee! – Joshua Aaron

Our Prayer Siege is Producing Breakthrough | Give Him 15: Daily Prayer with Dutch Feb. 28

“What a difference a year makes” by Steve Martin

WHY TRUMP IS ALREADY ON HIS WAY BACK by Mario Murillo

What Is God Saying To The Fragmented Church? Lance Wallnau

‘I Think Some People Need a Little Jesus in Their Life’: Lankford Reads Religious Liberty Riot Act at CPAC

Taking Cities and Nations for Christ | Give Him 15: Daily Prayer with Dutch Feb. 27