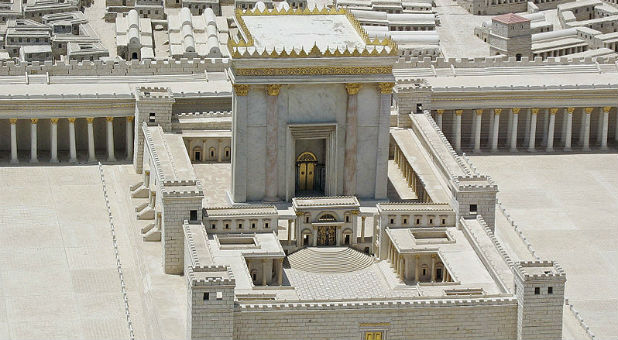 Will We See the Fulfillment of Prophetic Third Temple in Our Lifetime?

The end of it shall come with a flood. And until the end of the war desolations are determined. And he shall make a firm covenant with many for one week. But in the middle of the week he shall cause the sacrifice and the offering to cease. And on the wing of abominations shall come one who makes desolate, until the decreed destruction is poured out on the desolator (Dan. 9:26b-27).

The book of Daniel has many references to end-times prophecy. One of these, found in Daniel 9:26b-27, refers to a special event at the end of days. Before Jesus comes back, there will be a seven-year treaty formed with many nations. This is often called Daniel’s 70th week of prophecy. In the middle of this seven-year period, the temple of God will be defiled; sacrifices will be ceased.
Interestingly enough, no temple stands in Israel today. No animal sacrifices are taking place. This means that for the verses in Daniel to come to pass, this temple must be rebuilt. What will surprise you is that the heart of the Jewish people is turning towards the restoration of the Temple.
At the end of 2016, UNESCO ruled that the Temple Mount has no connection to Judaism. This has caused outrage on both sides of the political spectrum in Israel. Last week, some in the Israeli Parliament decided to respond. Leaders in the Likud party put forth a proposal to create a new foundation that would educate people about the powerful connection between the Temple Mount and Judaism. The plan calls for the US equivalent of $550,000 to be directed towards this effort.
The creation of this special foundation is just one of several events that have been preparing the way for the third temple. In 2015, the Temple Institute declared that they reconstructed the Altar of Sacrifice for the Third Temple. Last month, the Sanhedrin announced that they were reinstituting the temple tax of half a shekel of silver found in Exodus 30:11-16. Arrangements have been made for Jewish people across the world to pay the tax. This will allow funds to be set aside for construction of the third temple.
The reconstruction of the third temple is a necessary event for the fulfillment of Daniel’s 70th week. This year is particularly special because it is the Jubilee, or 50th year since the Jewish people retook the Temple Mount at the end of the six-day war (June 7, 1967). The efforts to bring awareness to the significance of the Temple Mount are a reminder that we are just that much closer to seeing God’s Word come to pass.

Kelly McDonald Jr. is an ordained evangelist at Hungry Hearts Ministries in Jackson, Tennessee. He has written over 40 books and booklets on pursing Christ, Hebrew roots and end-times prophecy. He is currently president of the Bible Sabbath Association (BSA). You can follow him at: kellymcdonaldjr.com.
Leaders are readers! Subscribe now and get 3 magazines for the price of 1. Get Ministry Today, Charisma and SpiritLed Woman all for $24. YES – Sign me up!
3 Reasons Why you should read Life in the Spirit. 1) Get to know the Holy Spirit. 2) Learn to enter God’s presence 3) Hear God’s voice clearly! Click Here to draw closer to God!
Did you enjoy this blog? Click here to receive it by email.
Love For His People, Inc. founded in 2010 by Steve & Laurie Martin. Charlotte, NC USA