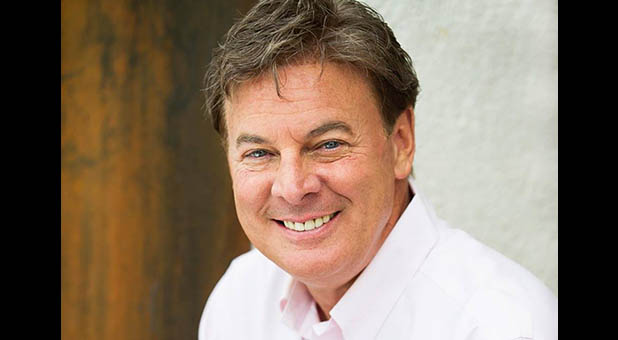 Lance Wallnau: Liberals’ Hatred for Russia is More Spiritual Than You Think

3/20/2017 BOB ESCHLIMAN  CHARISMA NEWS
Have you ever watched the news lately and wondered what on earth liberals, in general, have against Russia?
Sure, during the Cold War, the Soviet Union was definitely our enemy. And, in recent years, Russian president Vladimir Putin has acted in ways that have not been good for his neighbors, or for U.S. national security.
But, as Dr. Lance Wallnau pointed out in a recent commentary he posted to his Facebook page, there’s definitely something deep-seated about modern mainstream liberals’ visceral reaction to anything that has to do with Russia. Here’s what he wrote:
What is it about Russia that obsesses Washington? North Korea and Iran want to nuke us. Why is Putin the focus?
It may be more spiritual than you think. Remember this – the modern angry activist liberal embraces an anti-Christian bias and hence an anti-Christ spirit. I know this offends some folks but all you have to do is look at the endless stream of assaults and protests and organizing and anger to see this is no longer the party of Hubert Humphrey and JFK. It’s gotten weird. It’s a spirit of rebellion – and rebellion is as the sin of witchcraft and witchcraft operates through manipulation, intimidation, and control. Otherwise known as Alinsky’s training on community organizing.
The liberal east and west coastal elites are incensed that Putin rejects homosexuality and embraces the Russian Orthodox Christian faith. This spirit is a global power that even Donald Trump tries to accommodate (though he gets nothing back from this.) I even understand Republicans like McCain and his buddy Lindsey Graham. This Batman and Robin duo have a lot of ego wrapped up in their role on the Senate Armed Services Committee. They need Russia to be an enemy. They have a lot of billion dollar military contracts riding on their ability to justify the threat they think Russia imposes. Never underestimate the corporate profits and military contract aspect behind foreign policy. Trump and McCain/Graham are competing for control of foreign policy. That’s why McCain and Graham are trying to set up the President to look like a fool for saying he has been under surveillance with private calls that have been leaked to the press by Obama loyalists. They want this President impeached. McCain and Graham are part of the elite beltway democratic/republican alliance against Trump. I am calling them out and alerting you to pray that they fall into alignment or fall into the ditch they have dug for Trump.
Back to Russia. Ann Coulter put it so clearly this week, saying…”Back when Russia was actually threatening America with nuclear annihilation, Jimmy Carter warned Americans about their “inordinate fear of communism.” Sting sang that “the Russians love their children, too.”
“But now liberals are hopping mad with Putin. They could never forgive Russia for giving up communism.”
“To add insult to injury, Putin embraced the Russian Orthodox Church! This was deeply offensive to fiercely Christophobic liberals.”
(Lance: love that- Christophobic liberals. So true. Liberals have Jesus jitters.)
“Russia’s descent into insanity and madness was clear when Putin refused to allow LGBTQ marches through Red Square. For having the same position on gays as Obama did, circa 2008, Russkies were walking on the fighting side of liberals!”
(Lance: hard to believe Obama could not get elected supporting same sex in 08 so Axelrod told him he had to lie to Pastor Rick Warren at Saddleback and say he stood for the Christian definition of marriage! Biggest Lie told in church in 2008. Now gay marriage is a weapon used to put Christians out of business.)
“Trump’s election victory was the capstone of the left’s rage with Putin. To explain the inexplicable, Putin was made the center of liberals’ axis of evil, the mastermind of a malevolent plot to steal the election from Hillary Clinton.”
“That’s how liberals became born-again John Birchers, seeing Russians under every bed. Now, no fear of Russia is inordinate. The Russians do NOT love their children, too.”
( Well, that’s enough politics for now. Just wanted to let you know revival is coming to Russia!)
So far, the post has generated hundreds of likes, shares, and comments.