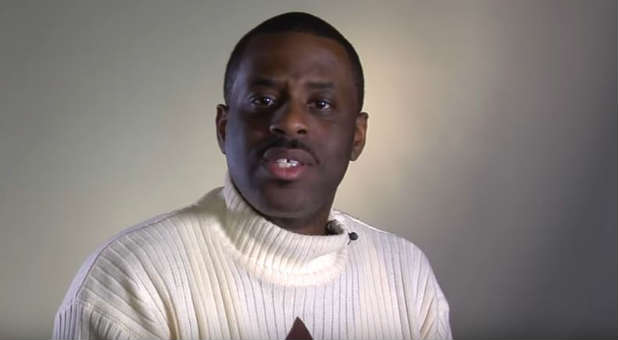 3/10/2017 THE CHRISTIAN INSTITUTE
Join us on our podcast each weekday for an interesting story, well told, from Charisma News. Listen at charismapodcastnetwork.com.
A former gang leader whose life was completely turned around after becoming a Christian has opened up about his faith in an article for The Gospel Coalition.
David Washington is now the pastor of Kingdom Covenant Church in Chicago.
He spoke out about his violent past and says it was his coming to Christ that “saved his life.”
Realization
Washington joined the “Gangster Disciples” around the age of 12. He became a drug dealer in his teens and went on to become gang leader.
It was not long before he was arrested and facing a possible 15-year prison sentence for armed robbery and unlawful use of a weapon.
His gang threw him a going-away party the day before he was due to plead guilty in court. It was here that he was struck by the realization of what he had done.
“I had this experience of looking at myself in the mirror and saying, ‘You threw your whole life away for nothing,'” Washington said.
Convinced and Converted
Washington says that although he was an agnostic at the time, he decided to ask God for help. The next day, the judge dropped one of the charges and sentenced Washington to one year of house arrest.
“I was convinced God was real after that”, he said. “And once convinced, there was no turning back. I gave God everything I had.”
He says he “never went back to doing drugs” after this and began sharing the gospel with members of his former gang.
“I began to go to the same people I used to lead and tell them, ‘I gave my life to Christ. This is real. I’m pleading with you to come out of this.'”
‘Love of Jesus’
Washington became involved in youth ministry and prison ministry at Salem Baptist Church. He also studied at a local Bible college before getting a master of divinity in theology.
He has now started a church on the south side of Chicago that works alongside members of the community who are in prison.
Pastor Harvey Carey said Washington started his church on the streets “because that’s where he was won”.
“He’s saying, ‘I know what it’s like, but let me show you the love of Jesus.'”

This article originally appeared on The Christian Institute.
Leaders are readers! Subscribe now and get 3 magazines for the price of 1. Get Ministry Today, Charisma and SpiritLed Woman all for $24. YES – Sign me up!
3 Reasons Why you should read Life in the Spirit. 1) Get to know the Holy Spirit. 2) Learn to enter God’s presence 3) Hear God’s voice clearly! Click Here to draw closer to God!
Love For His People, Inc. founded in 2010 by Steve & Laurie Martin. Charlotte, NC USA