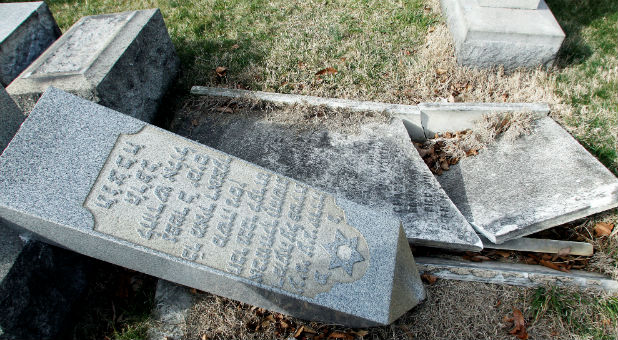 Recent Headlines Reveal Jeremiah 16:16 Prophecy in Action in the US

With anti-Semitic attacks in the United States on the rise, a prominent Israeli politician said this week he thought American Jews could flood into Israel.
Isaac Herzog, leader of the opposition party, urged Prime Minister Netanyahu to create an emergency plan to welcome large numbers of immigrants amid such instances in the USA and France.
“I wish to express my shock and condemnation of the outbreak of anti-Semitic incidents in the United States, France and other places around the world,” Herzog said during a party meeting. “I call on the government to urgently prepare and establish and emergency national program for the possibility that we will see waves of our Jewish brothers immigrating to Israel.”
There have been frequent anti-Semitic incidents following the election of President Donald Trump.
Consider just the past few days: Multiple Jewish Community Centers and schools received bomb threats while numerous headstones were damaged at Jewish cemetery in Philadelphia.
“I am sure that the USA government will do all it can to put an end to this phenomenon,” Herzog said of the anti-Semitic incidents, according to the International Business Times.
“Now, I will send for many fishermen, says the Lord, and they shall fish for them; and afterwards I will send for many hunters, and they will hunt them from every mountain and from every hill and out of the holes of the rocks” (Jer. 16:16).
This article originally appeared on visionforisrael.com.