2/22/2017 BOB ESCHLIMAN  charisma news
With the Senate about to consider a bill from the House of Representatives that would end the requirement that states provide Title X family planning grant funds to Planned Parenthood and other abortionists, Operation Rescue has released a new video that adds to the urgency of the matter.
In the video, the pro-life organization reports that 18 ambulances that have responded to Planned Parenthood abortion facilities over the past year to transport patients suffering medical emergencies to local emergency rooms. It also contains a clip from a tragic 911 call involving a patient death, along with documentation that the woman’s fatal abortion took place at a Planned Parenthood abortion facility in Michigan.
The video reinforces what many already know about abortion: It’s not safe. Complications include life-threatening hemorrhages, severe pain and seizures. Meanwhile, Planned Parenthood continues to receive more than $500 million a year in government funding.
“We understand that the incidents shown in the video represent just a fraction of life-threatening abortion complications that women experience because of Planned Parenthood,” Operation Rescue President Troy Newman said. “If they want to maim and kill women along with their babies—something the majority of Americans find abhorrent—it certainly shouldn’t be done with the blessing of our hard-earned tax dollars.” 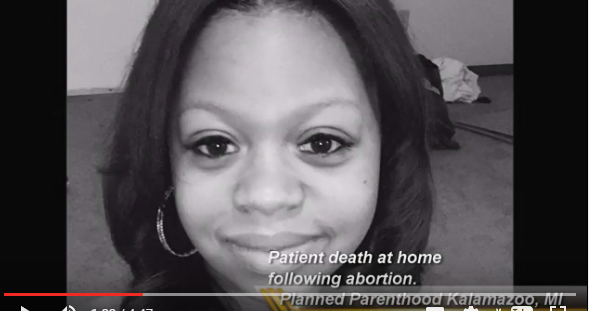 The bill approved in the House and now being considered in the Senate Republican would allow states to reallocate Title X funds to only women’s health programs that do not supply abortions. In many states, doing so has brought those services closer to home for low-income women.
A vote in the Senate could come as early as next week. Operation Rescue is urging Christians to contact their elected representatives in Washington, D.C., to tell them to get the measure on President Donald Trump’s desk as soon as possible.