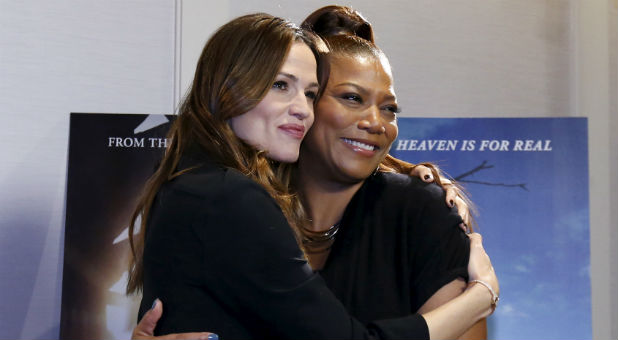 2/21/2017 JESSILYN JUSTICE  CHARISMA NEWS
Join us on the new C-Pop podcast where Taylor and Jessilyn discuss, debate and sometimes deride pop culture with a strong sense of humor and a focus on Christ. Listen at charismapodcastnetwork.com.
After CBS announced its sitcom Living Biblically, FOX joined the biblical TV train with its drama The Scroll.
Icon Queen Latifah is behind the project, which Holly Carter’s faith-based entertainment company Releve will produce.
The Scroll will reimagine some of the Bible’s most popular stories in present day through a group of friends and colleagues that are modern-day versions of some of the Bible’s most notable characters, Deadline reports.
Carter’s Releve Entertainment also produced Preachers Of … series on Oxygen! and BET’s 106 & Gospel. She’s worked on films including The Gospel starring Idris Elba and Boris Kodjoe; In the Mix starring Usher Raymond; Mama I Want to Sing with Lynn Whitfield, Hill Harper and singer Ciara; and A Beautiful Soul starring Deitrick Haddon and Harry Lennix.
Carter also contributed to major gospel stars’ careers, including Kirk Franklin, Donnie McClurkin, Cece Winans, Mary Mary, Kierra Sheard, Mali Music and Deitrick Haddon.
The Scroll is in development to hit the network next season.