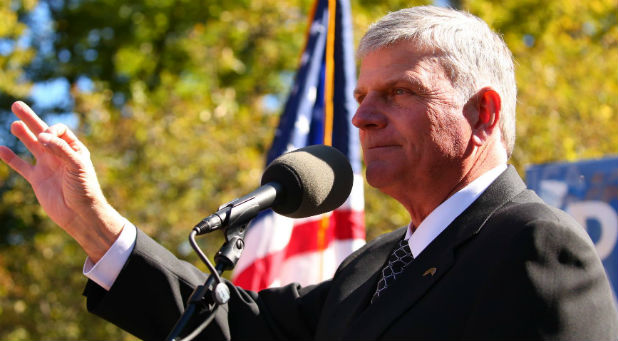 Franklin Graham: Fake News Was in the Bible

2/20/2017 JESSILYN JUSTICE  CHARISMA NEWS
Fake news isn’t a new concept coined by President Donald Trump’s administration in reference to the media lies that plague him.
Rather, the idea can be traced all the way back to the days of Jesus, evangelist Franklin Graham says.

Fake news is nothing new—it was going on in the Bible. When Jesus died on the cross for our sins and was placed in the tomb, He said He would rise in three days. The Pharisees had guards assigned to watch the tomb, and on the third day an angel from heaven came and rolled the stone away. The Lord Jesus walked out of that tomb. The guards reported this to the religious leaders who instructed them that if anyone asked, they were to say that Jesus’ supporters had come and taken the body. It was fake news to serve their own agenda.

Lies and untruths like we have been seeing can be a threat to our democracy. I would encourage the media to do what the Bible tells us, “You shall not circulate a false report” (Ex. 23:1, NKJV), and be truthful—you can never go wrong with that. When I was a little boy my mother told me to “tell the truth, even if it hurts.”

Trump recently accused the mainstream media, including the New York Times, NBC, ABC and CNN, of being fake news outlets.
“The FAKE NEWS media (failing @nytimes, @NBCNews, @ABC, @CBS, @CNN) is not my enemy, it is the enemy of the American People!” the president tweeted.