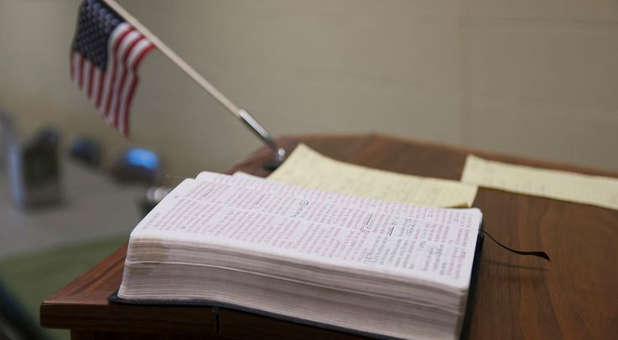 2/12/2017 PATRICIA KING  CHARISMA NEWS
Heaven is in a very interventionist mode with America right now, and it is going to take some getting used to for many who don’t understand America’s assigned role among the nations.
In the first of a two-part article, here are nine prophetic words for the nation for the year:
1. A year of significant breakthrough. Breakthrough will come in areas where the enemy has assaulted believers, such as health, finance, relationships and adverse circumstances. Many of these breakthroughs will come suddenly. Breakthroughs will come on regional and national levels, also in response to the prayers of the saints. “Breakthrough” will be a significant word in 2017. The more it is proclaimed, the more breakthrough will come.
There will also be the breaking forth or “birthings” of new things in believers’ lives and in the world.
Angels called Breakthrough are being dispatched. God is sending angels called Breakthrough to assist believers as they break forth into new realms of kingdom authority, encounter and experience. As a result, many Believers will experience sudden deliverance from areas of warfare and bondage and will encounter liberty and freedom in the spirit. These angels represent the breaker, and they execute His assigned works of breakthrough on behalf of believers.

When the Philistines heard that they had anointed David king over Israel, all of the Philistines went up to search for David, but David heard about this and went down to the stronghold. Now the Philistines had come and were spread out in the Valley of Rephaim. So David asked the Lord, “Shall I go up against the Philistines? Will You give them into my hand?”
The Lord said to David, “Go up, because I will certainly give them into your hand.”
So David came to Baal Perazim, and David defeated them there. He said, “The Lord has breached my enemies before me like bursting tides” Therefore, he named that place Baal Perazim. The Philistines abandoned their idols there, and David and his men carried them away (2 Sam 5:17-21).

“He who breaks through has gone up before them; they will break through and pass the gate and go out by it. Then their king will pass on before them, the Lord at their head” (Mic. 2:13).
From Cindy Jacobs’ article, “2017: Year of the Breakthrough” (from the Apostolic Council of Prophetic Elders gathering):

The number 17 in Scripture symbolizes overcoming the enemy and complete victory.
God overcame the sins of rebellious humans when He began to flood the earth and rested on the 17th day of the Hebrew month. Noah’s ark and its eight passengers rested on the mountains of Ararat on the 17th day of the seventh month of the religious year (Tishrei), right in the middle of God’s holy period known as the Feast of Tabernacles.
The Day of Atonement (Yom Kippur) is in the seventh month (Tishri) and on the tenth day of the Hebraic calendar. This day calls for the turning from our sins through repentance that brings us to victory. It is the time for the breakthrough to victory.

Note: Stay tuned Thursday for Part Two of this article for eight more prophetic words for 2017.
Patricia King is a respected apostolic minister of the gospel, successful business owner and an inventive entrepreneur. She is an accomplished itinerant speaker, author, television host, media producer and ministry network overseer who has given her life fully to Jesus Christ and to His kingdom’s advancement in the earth. She is the founder of XP Ministries and co-founder of XPmedia.com. Visit her website at patriciaking.com.
Leaders are readers! Subscribe now and get 3 magazines for the price of 1. Get Ministry Today, Charisma and SpiritLed Woman all for $24. YES – Sign me up!
3 Reasons Why you should read Life in the Spirit. 1) Get to know the Holy Spirit. 2) Learn to enter God’s presence 3) Hear God’s voice clearly! Click Here to draw closer to God!
Love For His People, Inc. founded in 2010 by Steve & Laurie Martin. Charlotte, NC USA