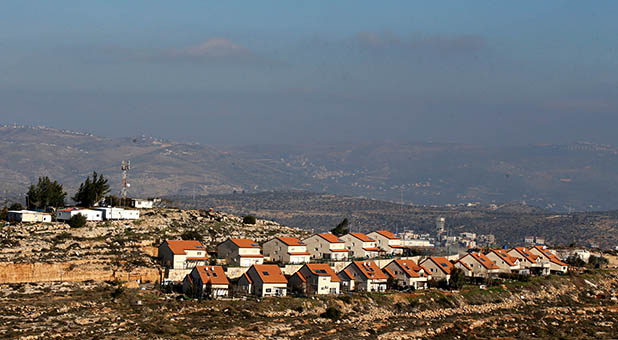 2/8/2017 JNS.ORG  CHARISMA NEWS
The U.S. has remained mum on the historic, yet controversial passage of an Israeli bill that retroactively legalizes settlement outposts in Judea and Samaria.
Rather than issuing a new statement, the White House immediately responded to the Regulation Law by referring to its statement from last week, which said “we don’t believe the existence of settlements is an impediment to peace” but that construction of new settlements “may not be helpful” in the Israel-Palestinian peace process.
Late Monday night, the Knesset passed the bill 60-52, retroactively legalizing some 4,000 homes that sit on private Palestinian land, while also providing compensation to the landowners. The State Department said that “at this point, indications are that this legislation is likely to be reviewed by the relevant Israeli courts, and the Trump administration will withhold comment on the legislation until the relevant court ruling,” AFP reported.
Israeli Prime Minister Benjamin Netanyahu is scheduled to meet with President Donald Trump Feb. 15, where the two will likely address the issue of settlements among other topics.
Meanwhile, the international community and Arab leaders slammed the legislation on outposts, with the Palestinians calling it an attempt to “legalize theft” of Palestinian land.
“This is an escalation that would only lead to more instability and chaos. It is unacceptable. It is denounced and the international community should act immediately,” said Nabil Abu Rdeneh, a spokesman for Palestinian Authority President Mahmoud Abbas.
The Arab League said the law “is only cover for stealing the land.”
Just a day after Netanyahu met with U.K. Prime Minister Theresa May, British Minister for the Middle East Tobias Ellwood said the bill “damages Israel’s standing with international partners.”
“It is of great concern that the bill paves the way for significant growth in settlements deep in the West Bank, threatening the viability of the two-state solution,” Ellwood said.
Similarly, French Foreign Minister Jean Marc Ayrault said the law “constitutes a blow to the two-state solution.”