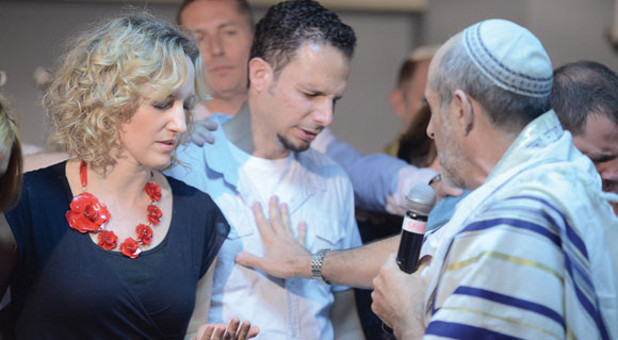 2017: A New Apostolic Age for Israel and the Church

At the turn of the year 2017, during our conference in Brazil, as we were praying, I sensed the Spirit of the Lord saying in my heart to “return to a new age of the acts of the apostles.”
We have, for decades, looked to the book of the Acts of the Apostles as the pattern for ministry. As far back as 1984, we felt the Lord leading us to restore a Messianic Jewish apostolic team. At Revive Israel, we held Acts 1 as our leading vision to finish what the first apostolic team in Jerusalem started.
At Ahavat Yeshua, we held Acts 2 as our leading vision for the congregation in Jerusalem. At Tiferet Yeshua, we have seen the promise for the greater Tel Aviv area to be saved according to Acts 9 and to become a sending congregation like Antioch in Acts 13. At Tikkun International, we seek a cooperative unity with other apostolic networks based on the joint meeting of apostles and elders in Acts 15.
Most restoration-oriented ministries look to the book of Acts as a model for their work.  But I perceived this word to “return to a new age of the acts of the apostles” to mean something quite different: not just a pattern, but an “age”—as mentioned in I Corinthians 10:11—”to us upon whom the end of the ages has come.”
In Acts 2, the Holy Spirit was poured out in approximately the year A.D. 33. The apostle Paul reportedly was beheaded in approximately A.D. 67. The city of Jerusalem was destroyed in A.D. 70.
While John continued to live and write until approximately A.D. 90, the explosive work done during the time of the book of Acts was already finished. While apostolic revivals have certainly continued around the world, there was a relatively short window of time shortly after A.D. 30 and before A.D. 70 in which all of the “action” of the book of Acts took place.
What was the “end of the age” for Paul and the other disciples? In their generation, it was the destruction of Jerusalem in A.D. 70. There would be another “end of the age” at the Second Coming (presumably in our generation). There was a previous “end of the age” at the destruction of Jerusalem in 586 B.C. and another before that in Noah’s time (2 Peter 3:5-10). There will be yet another at the end of the millennial kingdom (Rev. 20-21).
Yeshua, Peter, Paul and John—they all relate to a double “end,” one in their own generation and the one about to occur soon (Matt. 24:3). For this reason, there is an overlap of prophecies when speaking of the end times. The first age of the apostles occurred right before the “end of the age” in their time. This new age of the apostles will happen right before the “end of the age” in our generation. Both involve the destruction of Jerusalem.
The first apostolic age took place shortly after Yeshua’s ascending into heaven from earth. We are in the period shortly before His descending from heaven back to earth. A unique factor in these two time periods is the overlap of the international ecclesia and the Messianic community in Israel. Before A.D. 33 there was no ecclesia. After A.D. 70 there was no Israel. During that one generation, both the ecclesia and the remnant were in position. For the first time in 2,000 years, the coexistence of the two has come back into place.
We don’t know exactly how to count the present window of opportunity. Did it start in 2000 and will end at 2040? Does it start now in 2017 and end sometime in this generation? I don’t know.
However, the conditions of the book of Acts are lining up again as never before in history. The alignment between a revivalist, apostolic ecclesia in all the nations and a revivalist, apostolic Messianic remnant in Israel is now for the first time taking place. There was no opportunity for this alignment to take place in previous generations.
This is a speeding up of time for the nations, for Israel, for the church, for communications, for revelation, for revival, for persecution, for the completion of the great commission of Acts 1:8, for the outpouring of the Spirit on all flesh according to Acts 2:17, and for the restoration of all things as stated in Acts 3:21. The year 2017 represents a breakthrough, a “restart,” for the apostolic and apocalyptic prophecies to take place.

Asher Intrater is the founder and apostolic leader of Revive Israel Ministries and oversees Ahavat Yeshua Congregation in Jerusalem and Tiferet Yeshua Congregation in Tel Aviv. Asher was one of the founders of Tikkun International with Dan Juster and Eitan Shishkoff and serves on the board of the Messianic Alliance of Israel and Aglow International. He and his wife and full-time partner in ministry, Betty, have a passion for personal prayer and devotion, local evangelism and discipleship in Hebrew and unity of the body of believers worldwide.
For the original article, visit reviveisrael.org.
Leaders are readers! Subscribe now and get 3 magazines for the price of 1. Get Ministry Today, Charisma and SpiritLed Woman all for $24. YES – Sign me up!
3 Reasons Why you should read Life in the Spirit. 1) Get to know the Holy Spirit. 2) Learn to enter God’s presence 3) Hear God’s voice clearly! Click Here to draw closer to God!
Did you enjoy this blog? Click here to receive it by email.
Love For His People, Inc. founded in 2010 by Steve & Laurie Martin. Charlotte, NC USA