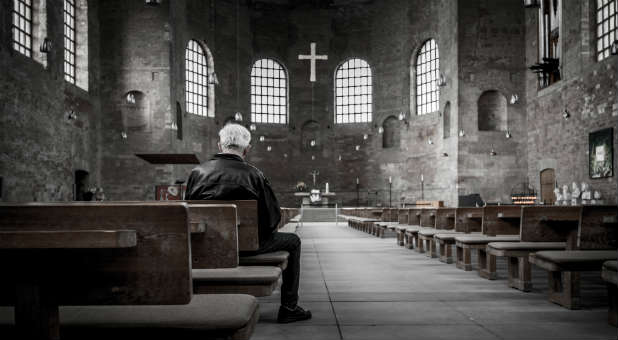 Have Millennials Abandoned Their Faith?

1/30/2017 HAMILTON STRATEGIES  CHARISMA NEWS
Join us on the new C-Pop podcast where Taylor and Jessilyn discuss, debate and sometimes deride pop culture with a strong sense of humor and a focus on Christ. Listen at charismapodcastnetwork.com.
What’s one of the fastest-growing religious identifications among millennials?
It’s actually not a religion at all. It’s “none.”
Roughly a quarter of all Americans (23 percent), according to the Pew Research Center, call themselves “nones” or are not affiliated with any religion or faith. Just 10 years ago, a similar survey found that 16 percent said their religion was “nothing in particular”—a significant jump. And of these “nones,” a large number are millennials, with more than a third of this young generation saying they do not identify with a faith.
To religion and culture expert, national radio host and author Dr. Alex McFarland (alexmcfarland.com), this is alarming. And he’s addressing the crisis in his new book, Abandoned Faith: Why Millennials Are Walking Away and How You Can Lead Them Home, co-authored with apologist and evangelist Jason Jimenez. “Abandoned Faith” is available for pre-order now at alexmcfarland.com, with an official release date from Tyndale Publishing and Focus on the Family of March 1 (in stores March 7).
“There are many reasons why young people may become disillusioned with church, religious organizations or faith in general, such as mistrust, skepticism, rebelling against a negative experience, pressure from atheist or agnostic friends, or a variety of other influences,” McFarland says. “But regardless of why they leave their faith behind, the real tragedy is that many millennials are heading into life without Christ. And we must find a way to bring them back into the fold. That’s why this new book, Abandoned Faith, is so important for anyone who loves a millennial.”
Millennials, born between 1980 and 2000, constitute a group of more than 80 million individuals who are technologically astute, ethnically diverse, and culturally and vibrantly engaged. Yet they face high unemployment and massive debt. These characteristics, coupled with the fact that they comprise the largest number of religiously unaffiliated Americans, should be concerning to every parent, grandparent, pastor and potential employer.
Moved by these and other hard-hitting facts, McFarland and Jimenez interview in Abandoned Faith top Christian leaders who work with millennials and families. Their research and conversations shed new light on what Christian parents must do to reach their young adult children. Abandoned Faith also offers a strong voice of hope for parents, church leaders and others who serve the millennial generation.
McFarland, who speaks to more than 30,000 young people every year, says that teens, especially, tend to look to their parents, spiritual leaders at their church and teachers when it comes to life’s biggest decisions. The media and their peers come in at the bottom of the list.
“From speaking with tens of thousands of young people over the years, I have learned that if they have just a few adults who will come alongside them and encourage them to grow in their faith, there’s a much better chance they will remain in the church and rooted in Jesus long into adulthood,” he said. “So one or two positive influences can make a world of difference in the faith—and life—of a young person.”
Another part of Pew’s Religious Landscape Study looked as reasons why “nones” were disconnected to a particular faith. Survey respondents provided hundreds of different answers, but many shared a few common themes, according to Pew.
About half of current religious “nones” who were raised in a religion (49 percent) indicate that a lack of belief led them to move away from religion. Others reference science, logic, common sense, lack of evidence or simply say they do not believe in God.
Another 20 percent express an opposition to organized religion in general, citing a dislike to the hierarchical nature of religious groups, the thought that religion is too much like a business and clergy sexual abuse scandals as reasons for their stance. A similar share (18 percent) say they are religiously unsure. A tenth say they were raised with a religious affiliation, and may hold certain beliefs, but they are not currently taking part in religious practices.
“Most of them simply say they don’t go to church or engage in other religious rituals,” Pew reported, “while others say they are too busy for religion.”
McFarland’s new blog at alexmcfarland.com features posts such as “It’s the End of Celebrities Fawning over the White House as We Knew It, and I Feel Fine,” “5 Strategies for Reaching Skeptics,” “Pitch These 9 Fallacies Before Making Moral Choices” and “Don’t Let Our Kids Be Eaten by Lions.” Read more here.
Also serving as Director for Christian Worldview and Apologetics at North Greenville University (ngu.edu) in Greenville, South Carolina, McFarland is the author of Stand Strong America, The God You Thought You Knew: Exposing the 10 Biggest Myths About Christianity, 10 Questions Every Christian Must Answer, 10 Issues That Divide Christians, 10 Answers for Skeptics and the Stand series of devotions for teens. McFarland is an expert in the field of apologetics—the practice of defending the Christian faith in a world where faith in Christ is plummeting at alarming rates.
McFarland has spent years working with young people and takes their questions to heart. He has preached in more than 1,300 churches and has been featured at conferences such as the Billy Graham School of Evangelism, Focus on the Family’s “Big Dig” and California’s “Spirit West Coast,” sharing the platform with Chuck Colson, Eric Metaxas, Josh McDowell and others.
Part evangelist, part apologist, part educator and part broadcaster, McFarland focuses on communicating the message of salvation through the Lord Jesus Christ. He co-hosts the daily, live radio program “Exploring the Word” on American Family Radio’s Talk Network, heard on more than 125 stations across the country, and the weekly television show “Viral Truth,” airing on the National Religious Broadcasters Network, which he co-hosts with Jimenez.