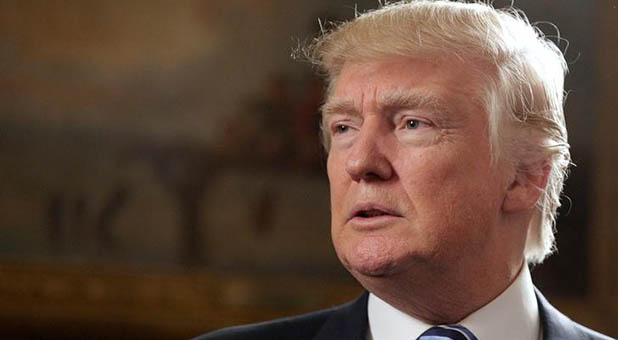 1/30/2017 BOB ESCHLIMAN  CHARISMA NEWS
Faith Marie Baczko, pastor of Yahweh’s House Fellowship and president of Headstone Ministries International and Schools of The Last Wine, shared a new word from the Lord about the year ahead, which she says will be a tremendous year for the U.S. that will “affect all nations and all peoples for the better.”
In the prophetic writing, which she shared with readers of The Elijah List, she wrote, in part:
When I sought the Lord for His word for 2017, He gave me Psalm 68 with an emphasis on verse one: “Let God arise, let His enemies be scattered…” An unprecedented, momentous and extraordinary year has now shifted into full throttle with the inauguration of Donald Trump as the 45th President of the United States. As the anointing of the Presidency has now fallen upon him, a REPRIEVE has begun, and God is moving to restrain and push back the powers of darkness.
In this time, God will thrust a prepared people in the Body of Christ and in the secular world, into an hour of history prepared by God for a fresh Outpouring of His Life; this will come with a fresh release of divine strategies and breakthroughs in innovation, medicine, technology, industry and for clean air and energy—deception will be exposed and hidden truth revealed!
Doors will open for many Christians who have known the call on their lives and have been perplexed by the wait to see its fulfillment. Many have not understood that the coming forth of their ministries was timed for the great REPRIEVE now coming on the earth—a time set to offer the world an opportunity to recognize and receive the Living God—our King, Jesus Christ, and to gather in a great Harvest of souls as His reward. For countless souls, this will be a great opportunity, hence an urgency for an army of harvesters—laid down lovers of God—to run the race of strength set before them.
As I contemplated the words, “Let God Arise,” the Lord began to highlight some points related to this Arising! I sensed both His question and His answer of, “How does God arise!”
God showed me that He can ARISE spontaneously in the earth, but more often than not He arises IN HIS PEOPLE! God highlighted the need right now for His people to be preparing themselves for His Arising! I recently had an encounter in the middle of the night through which God began to address many issues to take note of in this new season.
The first was that as He moved to take His people to higher heights, with a greater measure of the Holy Spirit, the enemy would also increase his offensive! However, He reminded me that this is the Year of Victory ordained by God and showed me that the roar of satan might be loud, as he intends to make a lot of noise and stir a lot of trouble, but that ultimately he is restrained and bound in his attempts to steal, kill and destroy!
Yes, there will be great battles, but we have been given the VICTORY to accomplish the purposes and the will of God! God says that we are to stir up our faith to believe, and stir the gifts given to us to accomplish our mandate! We are to fan into flames the passion He has deposited inside of us and begin to move out at His Command without fear!
And also:
This will be a tremendous year for the United States of America that will affect all nations and all peoples for the better, if we so choose! God is about to ARISE over the Land of America in extraordinary ways! This year on August 21st, the Great American Solar Eclipse will occur! This will be the first total eclipse in four decades and will be visible only over continental United States—it will be the first time in ninety-nine years an American Eclipse is visible from coast to coast. The Eclipse will cross 10 States beginning in Oregon and ending in North Carolina, crossing a stretch of 70 miles; the next one will be in 7 years.
In a year characterized by a multitude of sevens, God is marking this incredible year of the Trump Presidency with the Great American Eclipse, a time where HE WILL ARISE within and through this nation to do great and marvelous things for all!
That they may know from the rising of the sun to its setting that there is none besides Me. I am the LORD, and there is no other. Isaiah 45:6
So shall they fear the Name of the LORD from the west, And His glory from the rising of the sun; When the enemy comes in like a flood, The Spirit of the LORD will lift up a standard against him. Isaiah 59:19
Click here to read the entire article.