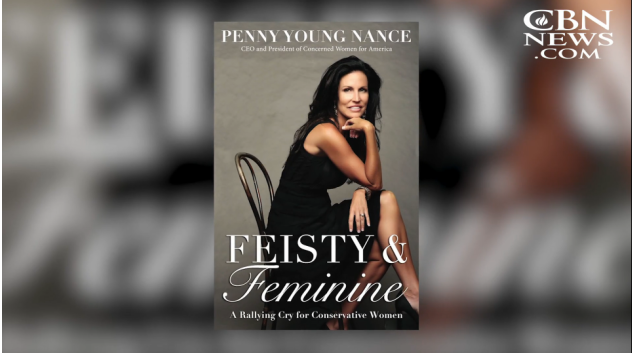 A ‘New Day’ for Christians Under Trump Administration?

01-11-2017
CBN News Jennifer Wishon
WASHINGTON — For nearly a decade, it seemed like Washington sent conservative Christians to wander in the wilderness, and now they feel a sense of deliverance.
“The Christians are being treated horribly because we have nobody to represent the Christians,” Donald Trump told CBN News shortly before he announced he was running for president.
Throughout his campaign, Trump reinforced his promises and since winning the election he’s appointed one Christian conservative after another to his cabinet.
“I will be the greatest representative of the Christians they’ve had in a long time,” Trump continued.
A ‘New Day’ in Washington
And now the vast majority of evangelicals who helped send him to the White House are ready to reap their rewards. Those include the appointment of pro-life Supreme Court justices and banning late term abortions.
“A baby in the womb that has all its vital organs, has eyelashes and fingernails, can hear and respond to its mothers voice and feel pain deserves legal protection as a member of our human family. And he’s agreed to sign that into law,” said Penny Nance.
As president of Concerned Women for America, an author and a fierce advocate for the unborn, Nance says it feels like a new day in Washington.
“I really believe God listened to the prayers of the faithful around this country as we reached out one more time and said give us another chance,” Nance said.
Freedom to Live Their Faith
There’s also an expectation the new president will enforce the constitutional right for Christians to live their faith and obey their consciences. It’s an issue that led to an historic turnout on election day.
“I think there’s no more important issue at home or abroad than freedom of conscience or religious liberty,” said Charles Haynes, founder of the Religious Freedom Center of the Newseum Institute.
“In this country, people seem to get the idea that now in the public square people of faith should be quiet about it, keep it in their homes or their churches or their places of worship but actually that’s absurd. I mean, for most believers of any faith, practicing one’s faith means practicing it all the time,” Haynes continued.
“I don’t want to equate persecution in the United States compared to what’s taking place in China or anything like that, but you’re seeing people of faith squeezed out,” said Frank Wolf, fellow at the 21st Century Wilberforce Initiative.
“We’re finding a hostility in the media. We’re finding it’s okay to ridicule a Catholic priest or a Christian missionary – they’re almost the brunt of a joke,” Wolf said.
Christians wished it was a joke when the U.S. Civil Rights Commission issued its September report on religious freedom.
Commission chairman Martin Castro wrote “The phrases ‘religious liberty’ and ‘religious freedom’ will stand for nothing except hypocrisy so long as they remain code words for discrimination, intolerance, racism, sexism, homophobia, Islamophobia, Christian supremacy or any form of intolerance.”
“This report was appalling to me because it really essentially said, when there’s a conflict between principles in our public arena, nondiscrimination for example and religious freedom, guess what? Nondiscrimination always wins, religious freedom never has a voice,” Haynes said.
We’ve entered an era, he says, where the claim of religious freedom is perceived as an effort to deny someone else their rights.
Frustration Turns to Relief
“By using language that suggests that Christians who object or who want accommodation are just by definition bigots is very wrong and dangerous,” Haynes continued.
It’s a frustration that has turned to relief for Christians with the new arrival of an advocate in the White House and Christians happy with Trump are thrilled with his vice president. Former congressman Frank Wolf served with Mike Pence in the house.
“We have one of finest men that I’ve ever served with as vice president. Mike Pence is honest, ethical, decent, moral man of great faith and so the opportunity and I think President-elect Trump has been very sympathetic,” Wolf said.
He adds that the church needs to keep the lines of communication open with both the new president and Congress to keep this agenda moving in the right direction.
Love For His People, Inc. founded in 2010 by Steve & Laurie Martin. Charlotte, NC USA