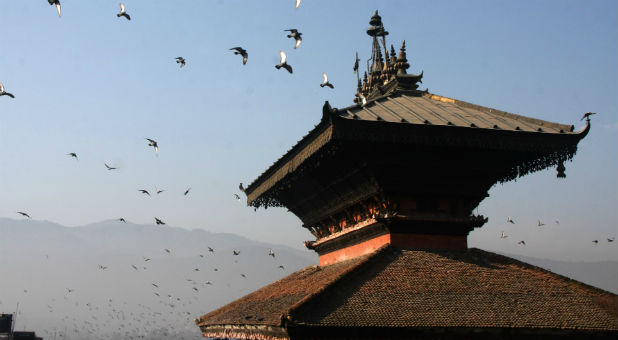 Christians Land in Jail on Accusations of Practicing Witchcraft

1/6/2017 JULIE BOURDON/MISSION NETWORK NEWS
Join us on our podcast each weekday for an interesting story, well told, from Charisma News. Listen at charismapodcastnetwork.com.
It’s not often in our modern world that people are criminally prosecuted under the charge of witchcraft. But it happened recently in Nepal, according to a report from World Watch Monitor. Five Christians in Nepal were charged with witchcraft and violence. Four were convicted and sentenced to five years in prison.
According to the article, the charge was based on an event that took place months ago when a woman with a mental illness visited the church, looking for help. After she was prayed over, she left.
This comes just after another court case involving eight Christians was dropped. They were charged under Nepal’s new anti-proselytizing law.
Despite the fact that Nepal is a secular state, the status of religious freedom isn’t cut and dry. The anti-proselytizing law is the first clue. But, as we can see from this most recent story, when that law doesn’t apply, other ways can be found to persecute Christians.
Dyann Romeijn of Vision Beyond Borders says much of the tension has to do with a growing Hindu-nationalist sentiment, influenced by India. Even though it’s legal to be a Christian, and it’s legal even to leave another religion to become a Christian, it is frowned upon.
Romeijn says, “I think that’s what they’re trying to do is silence that Christian voice. [If] people can’t hear, then they have no opportunity to know the truth.”
Regardless of the motive of behind the law or false accusations targeting Christians, the foundation of these situations is always the same thing.
“I think overall, it comes down to the same thing we see around the world, is that it’s a spiritual persecution, that a lot of times they’re not as worried about cultural differences when they come in different ways, but when it comes in with the truth of the gospel, I just think we see everything rise up against that.”
But, she points out, there have been moments in history where Christianity was more welcomed in this country.
After the earthquake in 2015, Christian organizations were able to reach out and meet the many physical needs that arose. It’s in these types of situations that people better recognize their spiritual needs as well. The impact of that time is still going on today. It’s hard to know just how big the Christian population is.
“There is a lot of growth in Christianity taking place in these countries, and I do believe we’ll see an uptick in those numbers. Sometimes it’s difficult for people to claim to be Christians in countries like this in regular reporting because it puts them at greater risk,” she says.

Vision Beyond Borders works in several countries—each with its own level of religious freedoms. These situations can change rapidly, so they work closely with their contacts to best meet the needs at any given time.
“What we try to do is put them at as little risk as possible. So, whatever help it is they’re looking for at that time and the ways it’s most helpful, whether it be Scriptures, whether it be supporting financially the work or bringing teams over to help with projects and Bible schools and things like that.”

This article originally appeared on Mission Network News.
3 Reasons Why you should read Life in the Spirit. 1) Get to know the Holy Spirit. 2) Learn to enter God’s presence 3) Hear God’s voice clearly! Go deeper!
Has God called you to be a leader? Ministry Today magazine is the source that Christian leaders who want to serve with passion and purpose turn to. Subscribe now and receive a free leadership book.
Love For His People, Inc. founded in 2010 by Steve & Laurie Martin. Charlotte, NC USA