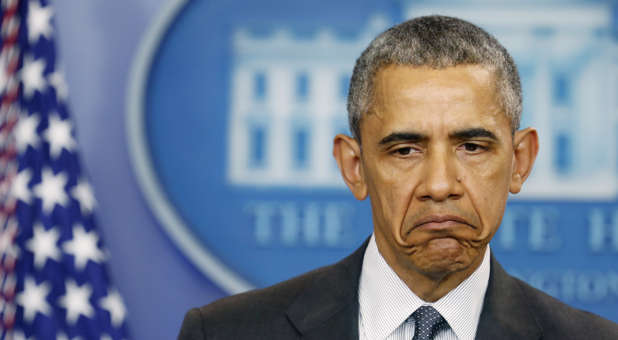 Imagine yourself 13 months away from celebrating the centennial anniversary of your inception (see 1917 Belfour Declaration). Looking back at the arduous obstacles that have already been overcome, it’s disheartening that Israel is now faced with the grim reality of what may potentially be stripped from it.

Last Friday’s United Nations Security Council vote against Israel’s settlements sent a clear message to Jews around the world: Life as you know it is about to change.
The unanimous 14-0 vote that included the cold, abstinent response from President Obama sent a resonant chill down the Jewish people’s spine on the Eve of Hanukkah and on their Holy Sabbath.
The silent betrayal spoke louder than words. It was a shot clearly hit below the belt to our greatest ally in the Middle East; an inciting, wounding action left by his predecessor that President-elect Donald Trump will have to try to miraculously mend.
Like many Christians, not only did my heart break for my Jewish brothers and sisters in Israel, but I felt perplexingly embarrassed and apologetic.
But what is truly mind-boggling about this united decision is the true colors of how the International Council really feels towards Israel. The anti-Semitic response is more than palpable … it’s actually quite deafening.
Such is the case for greater actions towards Aleppo, Syria. As the world watches the inconceivable atrocities happening before their eyes—the United Nations, the Earth’s brother’s keeper—remains silent. Instead, they’d rather focus their attention, with unabashed anti-Semitism towards Israel.
Case in point, outgoing U.N. Secretary General Ban Ki-moon publicly expressed the U.N.’s obsession against Israel that, “We must never accept bias against Israel within U.N. bodies.”
Israel’s ambassador to the U.N., Danny Danon, cited 223 passed resolutions condemning the Jewish State compared to only eight against the dictatorship regime of Syria for their inhumane killings of its people.
Where’s the justice, you ask? Why the blatant unfair treatment towards Israel and the Jewish people?
You’d almost have to travel back in time to the days of Pharaoh to understand how the Jewish people have literally experienced “mishpat” (justice) for faults-not of their own. Then marvel and praise the G-d of their ancestors for giving them this inconceivable resilience and unconditional divine protection.
What the United Nations and Israel’s enemies fail to realize is-that the G-d of Abraham, Isaac and Jacob will have the final say. Justice “mishpat” awaits those that condemn the Apple of His Eye.
“For thus says the Lord of Hosts: He has sent Me after glory to the nations which plunder you, for he who touches you touches the apple of His eye. For I will swing My hand against them, and they will become plunder for their servants. Then you will know well that the Lord of Hosts has sent Me” (Zech 2:8-9).
“Behold, He who guards Israel shall neither slumber nor sleep” (Ps. 121:4).
For generations, the Jewish people have leaned on their Redeemer.
“For the Lord has redeemed Jacob [Israel] and ransomed him from the hand of him who was stronger than he” (Jer. 31:11).
They know all too well that their salvation is nigh.
“The Lord has proclaimed to the ends of the earth: Say to the daughter of Zion, ‘See, your salvation comes; see, His reward is with Him, and His recompense before Him.” They shall call them The Holy People, the Redeemed of the Lord; and you shall be called Sought Out, a City Not Forsaken'” (Is. 62:11-12).
Regardless of where the world stands for Israel, the church, the body of Yeshua (Jesus) needs to stand with them now more than ever.

For the Why Stand With Israel documentary official teaser trailer, click here.
Brian Sanders is the CEO and Executive Producer for the Why Stand With Israel documentary. For more info on the upcoming documentary and ways you can partner, go to whystandwithisrael.com. Also check out the Why Stand With Israel Facebook page for weekly updates and news on the film’s release date. For media bookings, email Brian at brian@whystandwithisrael.com. Brian is also the president and executive producer of HOPE Media LLC and is an award winning International Broadcast-Video Producer/Cinematographer after God’s Heart. He is passionate about telling God’s stories through testimonies, shows and documentaries as well as promoting organizations’ personal stories of HOPE.
3 Reasons Why you should read Life in the Spirit. 1) Get to know the Holy Spirit. 2) Learn to enter God’s presence 3) Hear God’s voice clearly! Go deeper!
Has God called you to be a leader? Ministry Today magazine is the source that Christian leaders who want to serve with passion and purpose turn to. Subscribe now and receive a free leadership book.
Did you enjoy this blog? Click here to receive it by email.
Love For His People, Inc. founded in 2010 by Steve & Laurie Martin. Charlotte, NC USA