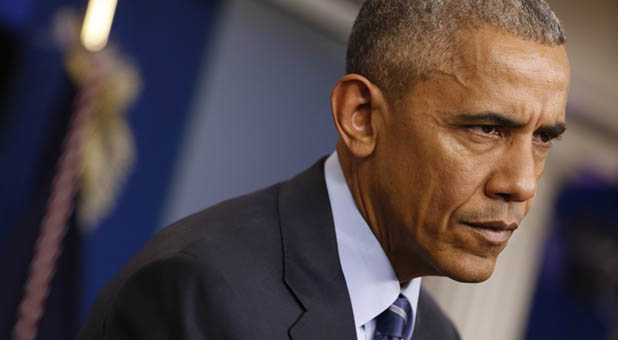 The ‘Other Mandate’ Loses Big in Federal Court

1/4/2017 BILL DONOHUE/CATHOLIC LEAGUES FOR RELIGIOUS AND CVIL RIGHTS
If the Obama administration had its way, the new year would have begun with a dramatic loss of religious liberty and an equally dramatic bastardization of existing law. Instead, U.S. District Court Judge Reed O’Connor issued a preliminary injunction on New Year’s Eve stopping the Obama administration from denying the right of Catholic institutions to live by their religious tenets.
Texas, and other states, along with the Franciscan Alliance, and other religious entities, sued the federal government for violating basic religious rights. Judge O’Connor ruled that the Obama administration’s regulation barring discrimination on the basis of “gender identity” could not be enforced. The defendants also sought to force Catholic institutions to perform, and pay for, abortions.
Joining the Franciscan Alliance as a plaintiff was the Christian Medical & Dental Society; the former was founded by the Sisters of St. Francis of Perpetual Adoration, and the latter is the nation’s largest faith-based organization of doctors. Even the Obama administration did not quarrel with their central complaint: the regulation meant that their religious-based objections to gender transitions and abortions would no longer be honored.
Think about what President Obama tried to do. To begin with, he sought to force religious organizations to perform an operation whereby a man acquires the body parts of a female, and vice versa. Second, these same organizations would be required to kill babies in the womb. If they did not agree, they would, in effect, be shut down; all federal funds would be cut.
The Obama lawyers had to be told by a federal judge that they had no right to dismiss the Administrative Procedure Act; it does not permit attempts to contradict existing law and efforts to exceed statutory authority. They were also schooled on the meaning of the Religious Freedom Restoration Act, a law signed by President Bill Clinton making it difficult for the government to override religious liberties.
In a move that can only be called devious, the Obama team attempted to put a new spin on Title IX of the 1972 Education Amendments: the new regulation, Section 1557, invoked those provisions to mean that it is discriminatory to deny gender transition operations. But in 1972, sex discrimination simply meant that it was unconstitutional to discriminate against a man or a woman, as determined by their sex at birth. It said nothing, and implied nothing, about guys switching genitals.
Obama’s Health and Human Services admitted that if it got its way, some procedures “related to gender transition” may be required even if not “strictly identified as medically necessary or appropriate.” Which means that if Bruce Jenner elected to finish the job—he still has male genitalia downstairs—Catholic institutions would have to pay for it.
Never satisfied to shove secular ideology down the throats of the faithful, the Obama regulation promotes a new form of discrimination, one that bars discrimination on the basis of “termination of pregnancy.” Thus did the administration summarily ignore the plain language of the religious and abortion exemptions provided by Title IX.
The Obama attorneys exhibited a very selective interest in Title IX. Previous court rulings have made it clear that Title IX does not prohibit discrimination on the basis of transgender itself; transgender is not a protected characteristic under the statute.
Where did Obama’s attorneys think they got all these new rights? As Judge O’Connor pointed out, it wasn’t from the Supreme Court: he explicitly said that when it comes to the Congress delegating sweeping powers to an administrative agency, it “has emphasized a common-sense approach.”
That, of course, is the problem. The Obama staffers have no common sense. Moreover, this was a rank power grab.
Only deep thinkers void of common sense would maintain that it is normal for a guy to protest his manhood, or for a gal to acquire the anatomy of a man. It is meanness, not a lack of common sense, that explains why these same operatives seek to coerce faith-based institutions into performing and funding this abnormal feat. It is even worse to make them sponsor child abuse in the womb.
Obama’s fixation on abortion rights and transgender rights is at one with his animus against religious liberty. Thank God he lost this round. Soon he won’t be able to do any more damage. Hallelujah!