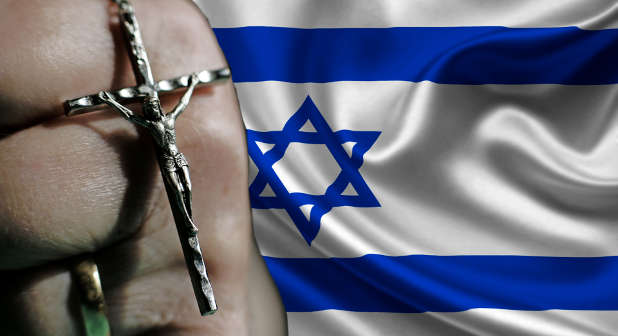 Jonah’s Major Prophecies: The Parallel Path Between Israel and the Church

Jonah delivered two major prophecies. The first is recorded in 2 Kings 14:25—to enlarge the borders of Israel.
It was a message of victory and power. He seemed to be very motivated to deliver this kind of prophecy.
The second was recorded in the Book of Jonah to bring repentance and revival to the nation of Assyria—a Gentile nation, often seen as an enemy of Israel. Jonah very much did not want to bring this message. It was counterintuitive and contrary to his motivation and orientation. He said no to the Lord.
He had to overcome his own resistance to the message. When he did (with the help of a big fish), the message brought revival to the whole nation. The message about repentance was based on his own personal testimony of a miraculous “death and resurrection” experience. That was a form of pre-gospel message. He fulfilled an image of Yeshua (Matt. 12:40).
An entire nation came to faith. This was an initial stage of the future international Gentile church. It was a predecessor to Paul’s preaching to the Gentiles and establishing churches around the world.
In addition, the moral reformation in the nation of Assyria changed the whole society. They became the most powerful nation on the earth and dominated the history of the Middle East for the entire 8th century B.C. They became a great kingdom power on earth.
Repentance, revival, testimony of Yeshua’s future death and resurrection, Gentile church, kingdom authority, changing history … all of that resulted from one message. Jonah’s two prophetic messages were parallel, but the message to the Assyrians had more effect than the one directed to the Israelites. The message that required death to pride and ego produced more than the one of victory and power.
People are usually more motivated to deliver the types of messages that fit our idea of victory, but often it is the message that requires denying oneself and one’s ambition is what has the greater results for the kingdom of God. Even Yeshua had to pray “not My will, but Yours” (Luke 22:42b) at Gethsemane before the crucifixion. Ultimately, that self-denying obedience produced much more fruit than His healing revivals before the cross.
We may also see in these two types of prophecies the two parallel paths of Israel and the church. The disciples of Yeshua wanted to “restore the kingdom to Israel” (Acts 1:6) in the first century. However, Yeshua instead sent them out to the Gentiles “to the ends of the earth” (Acts 1:8c). Perhaps, like Jonah, they didn’t want to “give” the kingdom to the Gentiles.
Thank God, today we have the opportunity to do both. We serve the dual restoration of Israel and the church (Rom. 11). Both are coming to their fullness as we approach the coming kingdom of Messiah on earth.

Asher Intrater is the founder and apostolic leader of Revive Israel Ministries and oversees Ahavat Yeshua Congregation in Jerusalem and Tiferet Yeshua Congregation in Tel Aviv. Asher was one of the founders of Tikkun International with Dan Juster and Eitan Shishkoff and serves on the board of the Messianic Alliance of Israel and Aglow International. He and his wife and full-time partner in ministry, Betty, have a passion for personal prayer and devotion, local evangelism and discipleship in Hebrew and unity of the body of believers worldwide.
For the original article, visit reviveisrael.org.
3 Reasons Why you should read Life in the Spirit. 1) Get to know the Holy Spirit. 2) Learn to enter God’s presence 3) Hear God’s voice clearly! Go deeper!
Has God called you to be a leader? Ministry Today magazine is the source that Christian leaders who want to serve with passion and purpose turn to. Subscribe now and receive a free leadership book.
Did you enjoy this blog? Click here to receive it by email.
Love For His People, Inc. founded in 2010 by Steve & Laurie Martin. Charlotte, NC USA