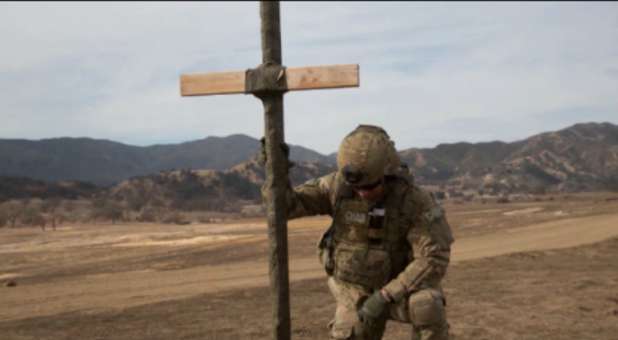 Editor’s Note: 2016 was a big year in the church—and in the world. This week we’re looking at some of the biggest stories of the year, selected based on feedback from our readers. Thanks for reading Charisma News this year and stay tuned as we continue expanding our coverage in 2017 to include more spiritual insights on the stories that matter most to you.This article was published April 9th.
YEAR IN REVIEW: Why Some Believers Experience More Spiritual Warfare Than Others
4/9/2015 JOSEPH MATTERA  CHARISMA NEWS
There are some believers who falsely believe that if they have a lot of faith they will not undergo any suffering, severe tests or satanic attacks. Nothing could be further from the truth! Actually, the opposite is true.
For example, in the book of Job chapters 1 and 2, God actually asks Satan if he considered His servant Job. Hence, God brought Job to Satan’s attention, not because Job was in sin, but because Job was the greatest servant of God on the earth at that time (read Job 1:6-12; 2:3-6).
Furthermore, Acts 19:15 illustrates how Paul the apostle was not only known in heaven, but also in hell! He had their attention! First Peter 5:8-9 teaches that Satan roams the earth seeking someone to devour, which also goes along with the Job narrative (Job 1:7). When we read the context of all these passages, especially in regards to the satanic focus on both Paul and Job, we can come to the conclusion that the devil’s main focus is to thwart, divert, distract and disarm the servants of God who are promoting the rule of God on the earth as it is in heaven. Heaven is the only realm in the universe where everything is perfectly aligned under King Jesus, since the devil was displaced from there (Rev. 12:7-12).
Consequently, when someone on earth wants to bring the influence of the kingdom of God on earth as it is in heaven, Satan erupts with fear and anger against them since he doesn’t want to be thrown out of another place!
This is why it seems as though a person following the will of God will sometimes have the most difficult tests, trials and resistance, as opposed to some saints who are casual seekers of God. Satan is no dummy, why should he attack a Christian who is a bad example to others and who is already deceived and in his grip? He will focus the most on those who are the biggest threats to his desire, to do a power grab from God over the earth realm! Remember: God gave Adam a commission to have His rule over the whole earth (Gen. 1:28), and immediately after that the devil came and convinced both Adam and Eve to disobey God and abandon their posts as God’s vice regents over the earth (Gen. 3:1-8).
Since that time Satan has been jealously attempting to protect his control over the earthly realm he stole through subverting Adam, including its systems of government, commerce, media, the arts, science and education. Those who attempt to bring God’s influence in these realms will most likely experience some of the highest levels of satanic resistance. The apostle Paul had a messenger from Satan follow him everywhere he went that caused riots and persecutions (2 Cor. 13:1-8), only because he was turning the present world system upside down (Acts 17:7).
So, if you are sold out for God, don’t be discouraged when you are attacked or allow yourself to be deceived into thinking that the only reason you are in intense spiritual warfare or tribulation is because you may have missed God. It may be the opposite. You are being targeted because you are hitting the divine bull’s eye! This is why Paul admonished believers to stand strong in the Lord: “Our struggle is not against flesh and blood but against principalities, powers and the rulers of darkness in high places” (Ephesians 6:10-13). Notice: Paul said “our struggle” meaning he was including himself in this struggle. Every time there was an open door for ministry he had many adversaries. This is a biblical principle (read 1 Corinthians 16:9).
Do not ever think that just because God is calling you to do something that it will be easy. Jesus did the will of God and He was crucified, and church history tells us Paul was beheaded! It’s not how many years we live, but what we do with the years we live that matters!
So, what do we do when we are in a time of spiritual warfare that Paul calls “the day of evil” in Ephesians 6:13? Paul tells us in this passage to be strong in the Lord and to stand firm; in other words, do not quit (Eph. 6:10-13).
The apostle Peter also tells us to resist the devil, standing firm in the faith (1 Pet. 5:9). Peter knows firsthand that faith in God is the key to standing firm in the midst of the day of evil because, when he denied Christ three times, Jesus prayed for him that his “faith” would not fail (Luke 22:31-32).
So, do not be afraid when you are in tribulation, because Jesus has already overcome the world (John 16:33)!
Joseph Mattera is overseeing bishop of Resurrection Church and Christ Covenant Coalition, in Brooklyn, New York, and author of numerous books, including Ruling in the Gates: Preparing the Church to Transform Cities. Follow him on Facebook or visit him online at josephmattera.org.
3 Reasons Why you should read Life in the Spirit. 1) Get to know the Holy Spirit. 2) Learn to enter God’s presence 3) Hear God’s voice clearly! Go deeper!
Has God called you to be a leader? Ministry Today magazine is the source that Christian leaders who want to serve with passion and purpose turn to. Subscribe now and receive a free leadership book.
Did you enjoy this blog? Click here to receive it by email.
Love For His People, Inc. founded in 2010 by Steve & Laurie Martin. Charlotte, NC USA